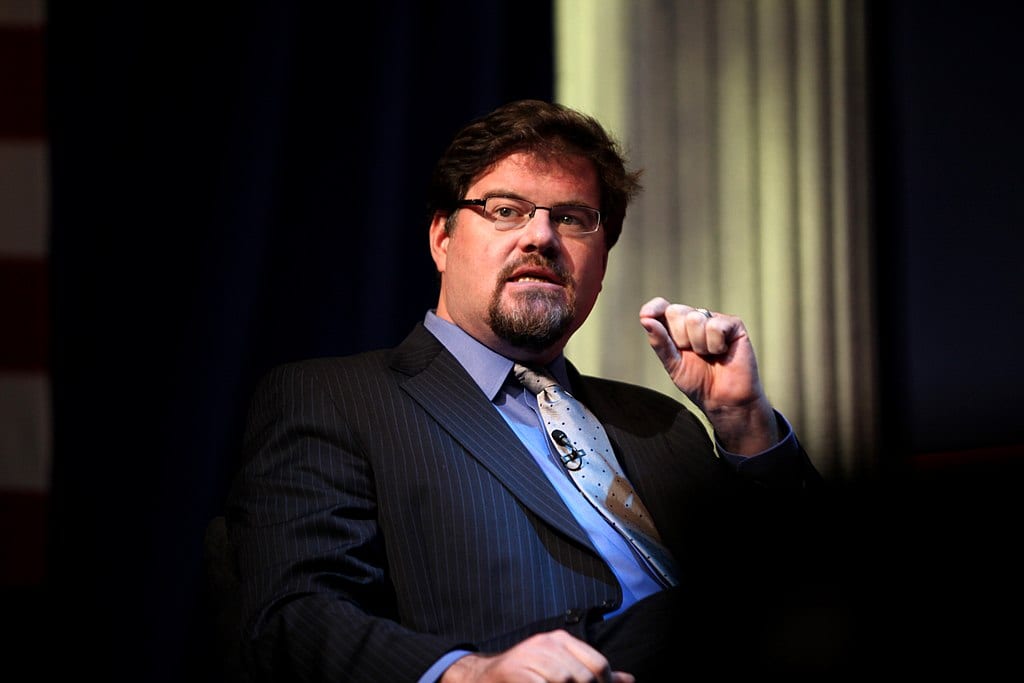 Jonah Goldberg wrote a column for National Review before departing for his Christmas holiday in Hawaii. Was it a retelling of a long ago night before Christmas, when a tiny Jonah in footy PJs couldn’t sleep for hope of a pony under the tree? No. It was a screed titled “Conservative Facts.” What set off Goldberg was a column in American Greatness by Chris Buskirk titled “Death of The Weekly Standard Signals Rebirth of the Right.”

Goldberg speckles his efforts with pop culture references to things like Star Trek. Example: in this column, he says Washington “picked a wrong week to stop sniffing glue.” I like a good Airplane! reference as much as the next fellow, for life is hard and humor, however looted from better humorists and however clumsily employed, softens that hardness. But Goldberg doesn’t stick to joking. He bitches.

Buskirk’s column applauded the failure of the Weekly Standard and the dwindling influence of neoconservatism, which was featured in that publication. He, like many conservatives, sees neoconservatism as an ism that through “titanic hubris and priggish moralism” failed conservatism. They think it led America into unnecessary wars while failing to contain the growth of government, defend our borders, or promote traditional American beliefs and institutions. They believe that while America was trying to build democracy in foreign lands with our blood and treasure, America, at home, was being transformed into something unrecognizable.

In his column, Goldberg attacks Buskirk by parading and applauding the intellectuals who created neoconservatism. Buskirk is “dumb” because he doesn’t address the works of each of these luminaries when criticizing neoconservatism. It’s a bit like the Antifa loon who says you can’t knock the “Resistance” till you read his latest manifesto, then after you do and say you still don’t like them, he insists you must also read his book I’m OK, You’re a Nazi, then watch a dozen YouTube videos of him lecturing his cats. Well, unlike the Antifa idiot, we can learn important things from the writings of the neocons. They were clever and patriotic, but that doesn’t mean they were always right or Right. Good motives don’t guarantee good results. Smart people can underestimate the difficulties to be overcome to achieve a righteous goal and can ignore other, more worthy, goals. To the point here, criticizing them doesn’t mean you must contend with every word they ever wrote or every honorable deed to which they are connected. A practical way to evaluate political ideas, and a way empiricist neocons should applaud, is to look at the results the ideas produce. Neocon-endorsed wars in Iraq and Afghanistan got rid of some people well worth being rid of, but there appears to be no end to the bloodshed. Neocons also failed to reduce Big Government, the target they explicitly reviled in their foundling days. Buskirk aptly observes that conservatism during the heyday of neocons became “a shadow of the progressive Left — following always just a few paces behind wherever it led.”

Buskirk’s sharpest criticism is directed at neoconservatism’s camp followers who cashed in on the philosophy. He writes that during the heyday of neoconservatism “a new generation of careerists, sycophants, and know-nothings flooded Washington eager to find a Beltway sinecure. The legacy conservative media began to change. Step by step it abandoned historic American principles and ultimately came to despise the American people. Their motto seems to come from Horace, the Roman poet, who wrote, Odi profanum vulgus et arceo (‘I hate the common people and avoid them’).” Goldberg doesn’t address this point. Instead, he proves it true.

If Hillary Clinton had won the presidency, she would have sent America far down the road to something appalling to any brand of conservative. Never-Trumpers, including the Weekly Standard, ignored this and did what they could to hinder Trump’s election. They and Goldberg continue to attack him, making it harder for Trump to achieve conservative goals. Logic would suggest (see, I can invoke Star Trek, too) that if you have a choice between A. backing a president who is pushing policies you have claimed for generations to want and B. tearing that president into a million pieces because you don’t like his imperfect persona, you choose option A. Here is where pragmatism, according to the label on the jar, is applied liberally. Reality can’t be evaded. It’s Trump, flaws and all, or we get lots of far worse things. Millions of Americans understand this but Goldberg doesn’t and disregards their concerns.

Perhaps, Goldberg feels comfortably insulated from what may come from destroying Trump. Inside-the-Beltway people generally are. As such, they get testy with ordinary Americans who are fearful of losing their way of life. Don’t they know that the elite know what is best for them? Buskirk reminds us of a statement made by the Weekly Standard’s founder Bill Kristol at an event hosted by the American Enterprise Institute in 2017, “Look, to be totally honest, if things are so bad as you say with the white working class, don’t you want to get new Americans in?” Dismissing the destruction of a whole class of Americans and suggesting their replacement with immigrants reeks of callous pomposity. Goldberg doesn’t counter this, preferring to discount a couple of Kristol’s tweets as being taken out of context. In one, Kristol says that he piously prefers democratic and constitutional politics “But if it comes to it, [I] prefer the deep state to the Trump state.” That’s a shocking remark that I hope isout of context. Otherwise, he endorsed a non-democratic and non-constitutional effort by the deep state to depose a constitutionally-elected president. That’s the stuff of fascist coups in banana republics and shows unbounded contempt for the Constitution and the rights of the American people. One can wonder if it betrays an actual eagerness to see Trump and his supporters viciously punished for being uppity. If you defend Kristol and the Weekly Standard, as Goldberg does, you certainly appear to be wishing for that, too. That’s hate exceeding the Roman Horace.

American Greatness is a publication oriented toward readers skeptical of the Great Wizards of Washington. That makes it a threat to people like Goldberg, and his hate burns from the page. Consider a few quotes:

“[Buskirk’s column is evidence of] the bizarre need of some of Trump’s biggest fans to be dumb or dishonest in his defense.”

“The problem conservatism faces these days is that many of the loudest voices have decided to embrace the meanness while throwing away the facts. This has been a trend for a long time now. But Donald Trump has accelerated the problem to critical mass, yielding an explosion of stupid and a radioactive cloud of meanness.”

“It’s as if people have decided they should live down to Hillary Clinton’s ‘deplorable’ epithet.”

“American Greatness [is] a journal whose tagline should be ‘Coming Up with Reasons Why Donald Trump’s Sh** Doesn’t Stink 24/7.’”

“Not every contributor to American Greatness is dedicated to the art of turd polishing, but that is the site’s larger mission.”

So, American Greatness writers are stupid, lying, mean, fact-avoiding, deplorable, sh** stink appeasers, who write for a feces polishing website with the President of the United States presumably the “turd” to which Goldberg’s eloquence refers. I guess we can count on him for an objective view of the Trump administration. It’s the sort of garbage you’d get from some masked professor out looking to padlock-bop a guy wearing a MAGA hat.

I have had the privilege to have been published in American Greatness. I’ve also published in National Review Online. I was very pleased to have done that, too. Somehow, I don’t think William F. Buckley had Goldberg’s fecal word play in mind when he launched his enterprise.

I don’t like scatological rhetoric but since Goldberg has brought us down to it: Mr. Goldberg could polish himself for a thousand years, but even then, he would still only be useful to make a small patch of grass greener.