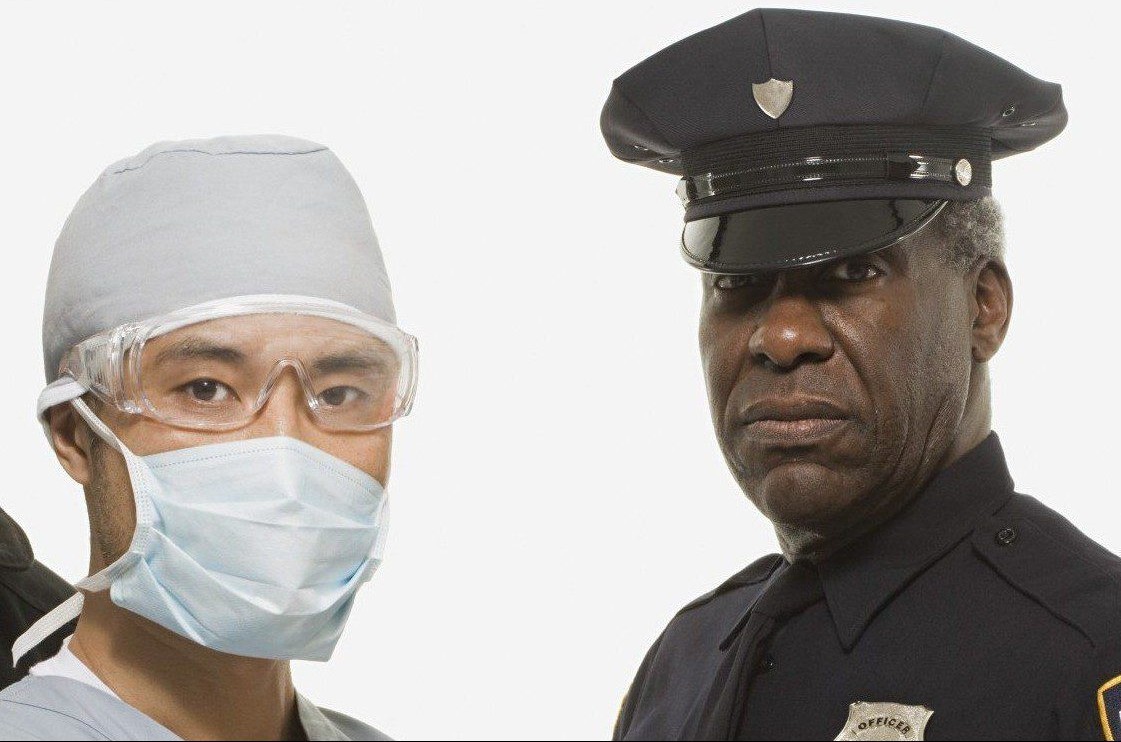 More Politics
Sign Up to receive Our Latest Updates!
Register
Hot Off
The Press
Choose Life
March With Overwhelming Hope
by Ellie Gardey
Political Hay
The Plot to Sabotage Trump
by Jeffrey Lord
Sports Arena
Surf’s Up in Portugal
by Tom Raabe
Public Depravity
Prince Andrew: How Tragic for His Mother
by Robert Taylor
Another Perspective
Why Was Malik Faisal Akram Ever on US Soil?
by Josh Hammer

While getting espresso at my favorite coffee shop, I asked two uniformed police officers in line ahead of me if they felt supported by their leaders or not. The first man laughed and said, “No way. We have the same problem as cops do everywhere: no support, no respect.” His partner added, “Two hundred and thirty-five people bid for more than 400 hundred open positions in our department. I am four years away from retirement and can’t wait to get out.”

I told the officers I was a physician and then asked if they would be surprised to learn that physicians have the same problems they do. They were shocked.

Both doctors (docs) and police officers (cops) provide vital services to the general public: health care and security/protection/law enforcement respectively. Both cops and docs chose their occupations in order to help people. As the second officer explained, “We just want to do what people expect us to do, what we signed up to do.”

Police and physicians are forced to function in strikingly similar and equally painful working conditions. They “can’t get no respect” (quoting comedian Rodney Dangerfield.) In fact, their work environments are worse than simple lack of respect. They are disrespected, vilified, and immediately blamed for anything that goes wrong.

When a (white) policeman shot and killed a (black) teenage girl, this was immediately portrayed as a hate crime and as another example of racist police brutality. One NPR headline said of the incident: “Columbus police shoot and kill black teenage girl.” In fact, the teenager was about to stab another teenage girl (also black) and the policeman had to use deadly force to prevent the attempted murder. If the policeman had not been white or the perpetrator had not been black, this wouldn’t have made the headlines. Of course, the policeman should be praised for what he did — protect the would-be victim — but that is not what happened, as it does not fit the narrative of systemic racism.

The same automatic guilty verdict and supposed racist mentality is applied to physicians. They are blamed for racial inequities in healthcare access and medical outcomes. It is not physicians’ fault that many black Americans have Medicaid coverage that provides next to no care, that Medicaid bureaucracy is so onerous and reimbursement is so low, and that 31 to 63 percent of physicians cannot accept or limit Medicaid patients.

While disrespect, vilification, and indictment come primarily from woke politicians and their complicit media, it also comes from those in authority over cops and docs. “Defund the police” is the most obvious, egregious example of how police persons are attacked and devalued by their own city councils.

Politicians pass laws and bureaucrats issue rules, regulations, advisories, and guidelines that make police and physicians’ jobs impossible. The law says stealing — such as shoplifting — is illegal and punishable, yet cops are told not to enforce the very law they are supposed to uphold. Doctors are supposed to offer the best possible medical care for their patients, but insurance companies limit the care they can give and when, while Washington wants to tell them what care they cannot give!

Just as crime tends to be more common in minority communities, so too poor health tends to be concentrated among impoverished individuals. Neither is the fault of police or physicians respectively. Yet they are summarily convicted for racial inequalities in incarceration rates and medical outcomes.

Management experts and successful businessmen have learned from experience that when a workforce knows it is highly valued, they are more productive and less likely to quit. Police and physicians have learned from bitter experience they are devalued, harassed, and obstructed. With morale depressed and obstacles at work, cops and docs cannot deliver high quality, timely service.

There are severe shortages of both cops and docs.  The result is a growing crime wave, residents fleeing unsafe Democrat-run cities, wait times of months to see a physician, and 47,000 veterans dying while waiting in line for care. The churning of workers costs both lives and billions of dollars because those in authority view police and doctors as interchangeable, recalcitrant, constantly misbehaving children.

The reason you can’t find a police officer or a physician when you need one is straightforward. They expect to be, should be, but are not treated with great respect as professionals and valued public servants.

If Americans want timely medical care as well as safe, secure places to live, work, and play, they need to remove the officials – from city councils to Congress – who treat all police like sadistic, racist lawbreakers and medical personnel like greedy, uncaring incompetents. Replace these ineffectual officials with people who know cops’ and docs’ true value to society and treat them accordingly.

Deane Waldman, M.D., MBA is Professor Emeritus of Pediatrics, Pathology, and Decision Science; former director of the Center for Healthcare Policy at Texas Public Policy Foundation; and author of the multi-award-winning book Curing the Cancer in U.S. Healthcare: StatesCare and Market-Based Medicine.