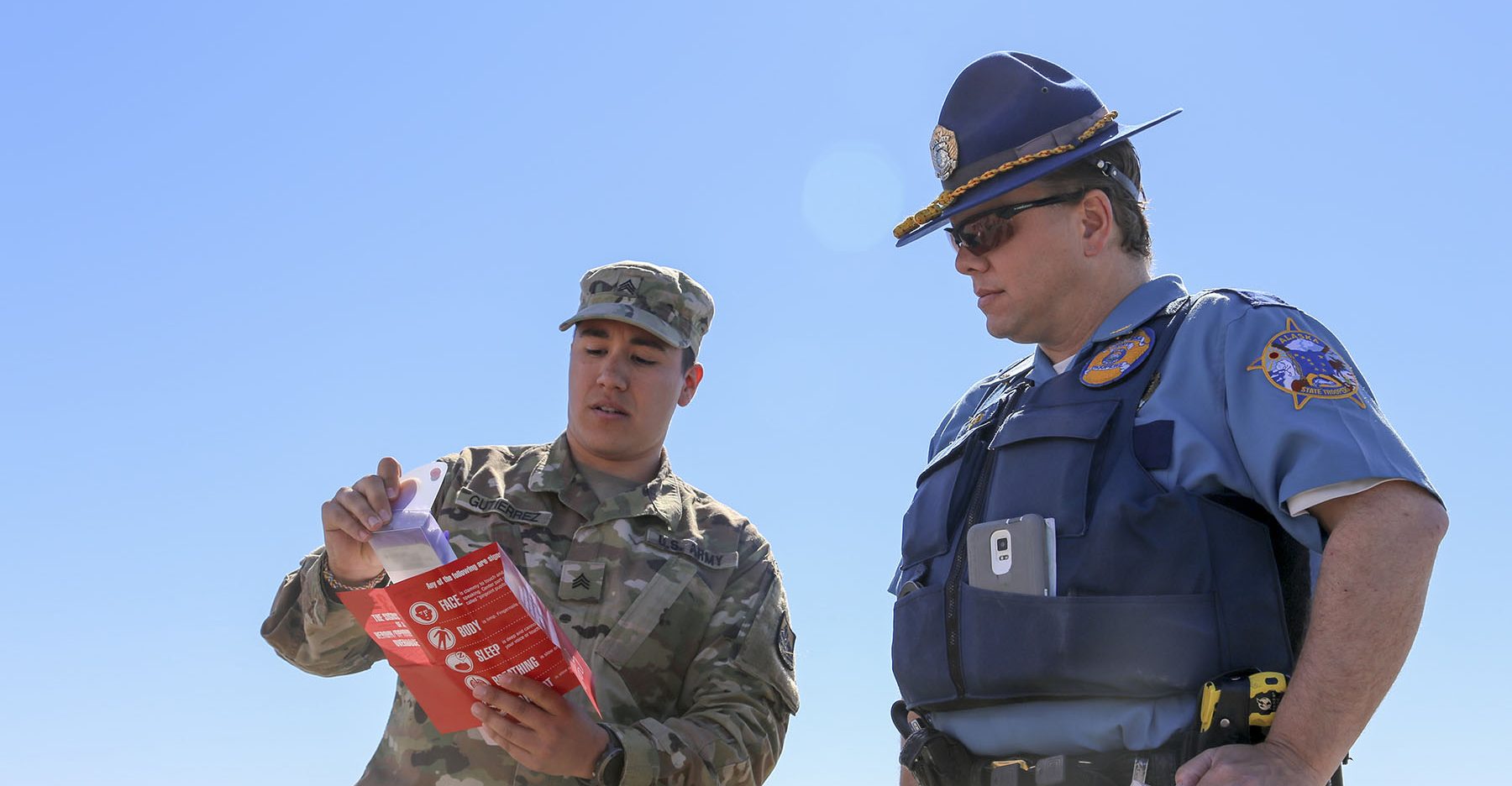 Following the death of George Floyd, a nationwide campaign is claiming that all police officers are racists who disproportionately kill African Americans. But now more than ever, police officers are the front line in protecting our communities and saving lives.

Through one mechanism alone, the reversal of drug overdoses with the drug Narcan, police officers save thousands of lives every year. Police officers, often the first responders to an emergency situation, can administer the drug in the critical minutes before medical personnel are able to arrive.

With the opioid epidemic on the rise due to the pandemic, police are being called on to reverse more overdoses than ever before.

Narcan can allow overdose victims to recover in seconds, even if they have stopped breathing. The drug works so rapidly because it blocks opioid receptors in the brain.

But with rising hostility towards police, the fact that officers put their own safety on the line each day for these kinds of rescues is going unrecognized. Instead, police officers suffer PTSD from violent riots and are viewed in an increasingly negative light. Just by the very nature of the job, police officers already suffer disproportionately from stress and suicide. All of this combined is enough suffering to cause police to retire and even resign en masse.

Police officers also face the risk of death themselves if they come into contact with the drug fentanyl by handling seized narcotics and needles. Fentanyl is far more dangerous than other drugs and can be fatal in even minute amounts. This is a threat the police do not face in handling cocaine, heroin, or marijuana.

The increased hostility towards police comes as officers are playing a more critical role than ever before in combating the opioid epidemic as the coronavirus pandemic exacerbates the crisis to never-before-seen levels.

In Arlington, Virginia, police officers have already reversed more drug overdoses in 2020 than in all of 2019. Nine individuals, eight men and one woman, have been saved by the Arlington police’s use of Narcan in 2020.

Less than a week after George Floyd’s death, Arlington police responded to a report of an unresponsive man asleep in his car at 3:09 a.m. Police administered Narcan and placed the man in the recovery position. When medics arrived, they administered another dose of Narcan to the man, which revived him and saved his life.

On July 31, Kyle Parkes, a New York state trooper, saved a woman’s life after an overdose left her unconscious in a parking lot. A witness reported that Parkes ran across the parking lot “like his life depended on it.” Parkes administered two doses of Narcan before the woman regained consciousness.

“It gives me great excitement to see people come back to life,” Parkes told the local news station.

The thousands of lives police save each year through the use of Narcan and the protection of communities and citizens stand in contrast to statistics about possible police misconduct against African Americans. For example, a Washington Post database indicates that in all of 2019, 14 unarmed African-Amrican men were killed in incidents with police officers under various circumstances.

Bodycam footage of the arrest of George Floyd on May 25 shows the officers trying to figure out what drugs Floyd had taken. Officer Tou Thao asked George Floyd, “What are you on?” Officer J. Alexander Kueng reported to fellow police that a pipe was found in Floyd’s car. Officer Thomas Lane said the pipe discovered was a marijuana pipe, and asked the other officers if they thought Floyd might be suffering from the effects of PCP, a hallucinogenic drug. The officers increased the level of the emergency medical services requested from 2 to 3 after observing the dangerous effects of the drugs on Floyd.

It is unknown whether the officers who arrested Floyd were carrying Narcan. In April 2018, the Minneapolis Police Department announced they wanted to train every officer by the end of the year in the use of Narcan.

The death of George Floyd while in the custody of four police officers has eclipsed all of the life-saving work police do to protect communities from gun violence, defend cities from mass riots, and save lives from the opioid epidemic. Hostility towards police officers following Floyd’s death has prompted strong efforts to defund the police and clear officers from neighborhoods.

However, eliminating police officers would cause communities to face greater violence and thousands more dead from opioid overdoses. Most Americans know the police make their communities and families safer. A recent Gallup poll found that 81 percent of African Americans want the same or greater police presence in their communities, demonstrating that the views of activists do not represent the views of the entire country.

Police officers are given enormous power in a community, and that power should come with increased accountability. Policies and actions should be carefully scrutinized, and appropriate punishments should result from any law-breaking.

But despite the heavy media focus on the illegal actions of a few, officers are actively risking their lives to fight the country’s crises, particularly the opioid epidemic. Police officers in America, who are largely good men and women, should be recognized for that work. To most officers, every life matters, and the results of their toughness and bravery are thousands of lives saved.