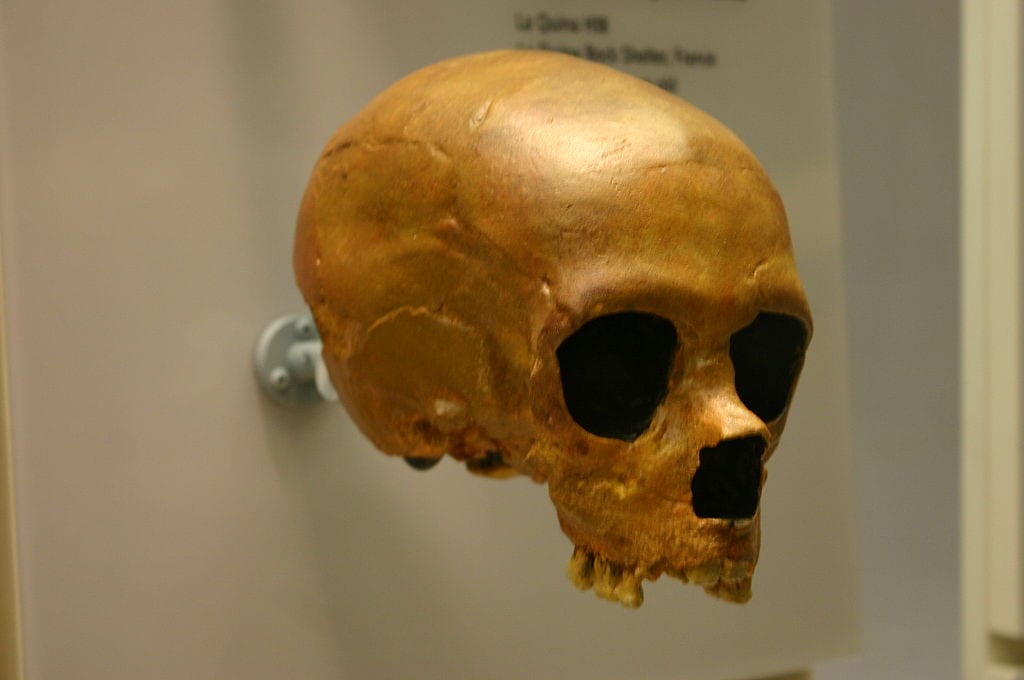 There have been some very auspicious developments in human evolutionary studies that ought to allow us a welcome respite from my usual political ramblings in this space.

After all, politics of late has taken a turn toward the grisly. Just last week I reported that our intelligence community was, in fact, spying on Donald Trump during his 2016 campaign. Just as Trump said it was. Has the intelligence community of the United States ever snooped on a leading candidate for the presidency? The former head of the Central Intelligence Agency, John Brennan, and the former Director of National Intelligence, James Clapper, along with other intelligence sleuths and Obama White House personnel have gone the way of the media, the universities, and, of course, the Democratic Party. They were attempting to thwart the will of the electorate in 2016. What is to be done?

Frankly, I do not even want to think about it. Now only the Trump Administration stands between us and the police state. At least communism and Nazism promised their lunkheaded followers a better life. All the Democrats promise us is higher taxes.

Let us devote ourselves this week to the Good News. Leading scholars in the discipline of evolutionary development — that is to say anthropology — have discovered evidence that Homo neanderthalensis might have been a lot smarter than was heretofore thought. There is increasing evidence that Neanderthals could envision symbols, utter language, create art. That is good news. Otherwise these cousins of Homo sapiens would have lived pretty boring lives.

The distinguished anthropologist, João Zilhão, at the University of Barcelona recently told the New York Times that, “When you have symbols, then you have language.” You even have art, cave art. It is increasingly likely that some of that cave art found in Europe was the creation of Neanderthals, not just early humans. Neanderthals might very well have had a role in creating our civilization. Who would have guessed? Wil Roebroeks, an archaeologist at Leiden University in the Netherlands, is emphatic, going so far as to say, “Neanderthal authorship of some cave art is a fact.”

Is it not typical of dead white males to claim that only humans were responsible for cave art? Yet there is archaeological evidence, such as flowstones containing bits of uranium that has helped date cave art. The dates suggest that cave art was created by Neanderthals as well as humans. If so, Neanderthals were no dummies. Cave art took brains. The next great question facing archaeologists might well be what happened to Neanderthals? Were they victims of discrimination. Did early humans deny them food and drink during famines? Or were humans more proactive? I am sure the thought has occurred to our leftist friends. How can we ever repay the Neanderthals? What monuments can we tear down? How would Neanderthals know we were repaying them? They have completely vanished.

So that is the Bad News encased in the Good News. According the latest findings of human evolutionary studies, Neanderthals probably had the capacity to communicate, at least among themselves. They were not only capable of “symbolic thought,” according to the profs, but as the Times reports, “researchers have also found that the inner ears of Neanderthals were tuned to frequencies of speech, much like our own.” “Symbolic thought” plus “frequencies of speech” mean language, voila: speech! While painting in their caves, which were usually pitch-dark, they could communicate with their fellow artists, exchange critiques, possibly even whistle and joke around.

Moreover, some cave art is completely “abstract.” This will excite modern art lovers, who have been known to pay vast sums for abstract art. It also will give them a new respect for Neanderthals who, unlike early humans, do not seem to have exhibited any interest in animals or even in fellow members of their species. They only appear to have been attracted to abstract art, painting symbols and straight lines and squiggles. In this they were somewhat like Picasso who created such abstract masterpieces as “Trois Danseuses,” “Nu Accropi,” and “L’acrobate” — all works that have sold for colossal sums. Can you imagine if chunks of cave art could be marketed to collectors today? At least the abstract stuff would command a fortune.

Actually Picasso’s head even looks a little like contemporary recreations of Neanderthal males. With his low, thick brow ridge, broad nose, and wide mouth, I can imagine old Pablo as being very fetching to cuties among Homo neanderthalensis. He was quite the ladies’ man. Now scientists are telling us that the original Neanderthals had brains as big as our own. This is still more evidence that Picasso would fit right in with Neanderthal society. Even his manners with women are portrayed today as somewhat Neanderthal. Surely the perpetually indignant members of the #MeToo movement would agree. But I digress.

The Good News this week is that Neanderthals could communicate and paint. The Bad News is that next week it is back to politics.