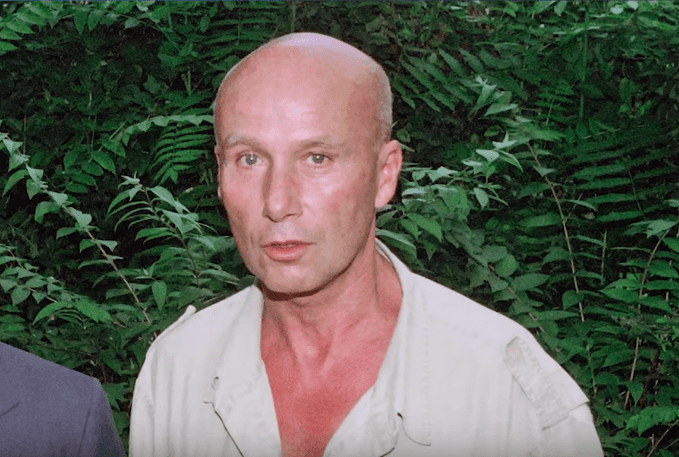 France enters another week of strikes in public transportation, while the government hopes its latest offer will end the commuters’ misery.

It is not only commuters who have been suffering long-delays or forced detours in rail and subway service. The strikes, provoked by a pension-reform plan rolled out in November, hit retail on the crest of a holiday season — though Catholic, France dares not call it Christmas — and the repercussions of the strikes have reached into most sectors, including schools and health services.

In a sequence that is coincidental only by appearance, the season also was disturbed by sex scandals. In one, a retired doctor in the provincial city of Lorient, Brittany, stands, or sits (he is in jail) accused of hundreds of assaults on children. The main evidence appears to be his own meticulous record-keeping, written, audio, and visual, which his wife of many years stumbled upon. In the second, a prominent — though admittedly largely unknown — writer is accused, in a fictionalized memoir by one of his victims, of serial pedophilia in broad delight, indeed with the approbation of France’s intellectual class.

In a peculiar way, it is this case that is most representative of the French exception. The doctor, after all, is a criminal sicko who in earlier times would be fed to the hogs without further ado, and it is to his lawyer’s credit, and that of the French judicial system, that the presumption of innocence prevails. If a jury can be persuaded that he was merely engaging in fantasies never acted upon, as counsel suggests, well then, he will skate, and you can notch another one for the rich getting away with murder, a fact of life not exclusive to France.

The striking railmen (and women), for their part, are demanding that the terms under which they were hired be honored — which should strike any observer as fair and square. The government says it cannot finance pension funds designed in contemporary demographic conditions and wants to phase in a new regime.

The on-strike transport workers differ from last year’s yellow-vest protesters in that they want what they earned, no matter the cost in higher taxes. The yellow-vested protesters began as tax rebels, refusing a rise in the diesel-fuel tax necessitated, the government said, by long term “green” reduction-of-fossil-fuel-consumption policy.

The “yellow-vests” are largely people who need to drive cars and vans and trucks for a living; they live in the provinces and the suburbs and exurbs of France and they resent the fact they should pay the costs of the Parisian elites’ ecological virtue.

These elites are suffused with large doses of self-indulgence. They must feel good about themselves. The easiest way to do this is to think themselves “of the left” and symbolically place themselves “on the left” by voting for “left” parties, invariably led by people like themselves, secure thanks to a capitalist system to which they rarely contribute except by taxes they seek to evade.

They support the “working class” in the rail strikes, even though the employees here are, qualitatively if not always quantitatively, much more like the caviar-Left that supports their every whine and whim than the wretched of the Earth portrayed in the novels of Victor Hugo and Emile Zola. They are well remunerated and earn pensions for a “third age” that can stretch over three decades, for which it was not designed.

Vast sectors of French society — including the press and including the lit’ry world, as well as entire swathes of what used to be called the working class — benefit from what we would term entitlements; in ordinary language, welfare.

Gabriel Matzneff, the man who is now under investigation by the police due to a book written by one of his victims, is a case in point. Like the intellectuals who stood by him for advocating child rape, like the literary establishment that supported him morally and money-wise, like the French administrative state that gave him subsidies (including lodgings in chic neighborhoods) for being an artiste and a pension for his contributions to book production (he has been prolific all his life, though no one outside rarefied French circles has ever heard of him), he is above all concerned with maintaining the rules of the feudal-aristocratic society that the French Revolution, liberté–égalité–fraternité notwithstanding, perpetuated in the name of abolishing it. The first one of these rules is that they do not apply to the self-defined more smart members of society.

Emmanuel Macron has a sense of this and has sought to do something about it through a combination of liberalism and French regalism. His offers to the protesters — he rescinded the fuel tax last year and has offered to drop the idea of raising the retirement age to 65 if the strike leaders can show him how to balance budgets by the end of the decade — have not diminished the frustrations for which he is blamed. France may still be a good place to live, for some, while it lasts, but he is unlikely to get much of the credit.

Matzneff, back in the day, enjoyed a life that was good by his wicked lights and twisted tastes, and he appeared from time to time on a popular television book program called “Apostrophes,” anchored by Bernard Pivot. It was the lit’ry equivalent of our (and their) current events circuses. Like these, it was not without influence. Matzneff, who never had enough money to support his child prostitutes in Asia and his high life at home, not only wanted to be a guest to gain some confirmation of his worth.

On one of the last of these programs before Pivot’s retirement in 1990, as the guest panel tut-tutted approvingly of Matzneff’s defense of children’s rights to love and be loved, one member, Canadian author Denise Bombardier, spoke out in outrage. She accused the French lit’ry establishment of aiding and abetting a criminal who should be in jail.

It was not only the literary establishment in the strict sense. Since the 1970s, pedophilia had been supported by the French intellectual establishment, from Jean-Paul Sartre down to the rising generation, which, always keen to be on trend, was beginning to break with the aging philosopher’s communist fellow-traveling cretinism. Even doctors like the then-fashionable Françoise Dolto, whose fame was based on her reputation as a best-interests-of-the-child expert, lent her name to petitions in favor of reducing the age of consent.

While surely this kind of thing goes all the way back to the feudal-era droit de cuissage (see the opening sequences of Mel Gibson’s Braveheart), the explicit reference at the time was the May ’68 slogan, “It is forbidden to forbid.” Presented as a life-affirming call to freedom, it was just the opposite.

Miss Bombardier was, figuratively, banned from France forever. Such moral authorities as Claude Lanzmann and Bernard-Henri Lévy, among many others, told her in public, if you’ll forgive my French, that she deserved a slap in the face and could do with a good lay.

That was 30 years ago. In the wake of Vanessa Springora’s book about Matzneff, Matzneff’s ex-defenders, those who are still around, claim to have been misunderstood. Judges on the committee of one of France’s prestigious literary prizes, the Renaudot, are mumbling about rescinding the one they gave him scarcely five or six years ago, and there is talk of taking back his award of an official medal. He may lose the pension he receives for being a man of letters, too — even the trainmen need not worry about losing theirs, unless they bankrupt the whole country. Which won’t happen soon, despite the City of Paris’s ban on pro-life billboards put up by a Catholic organization. It is forbidden, evidently, to protest infanticide.

The pervert in question, at last sighting, was hiding out on the Côte d’Azur.