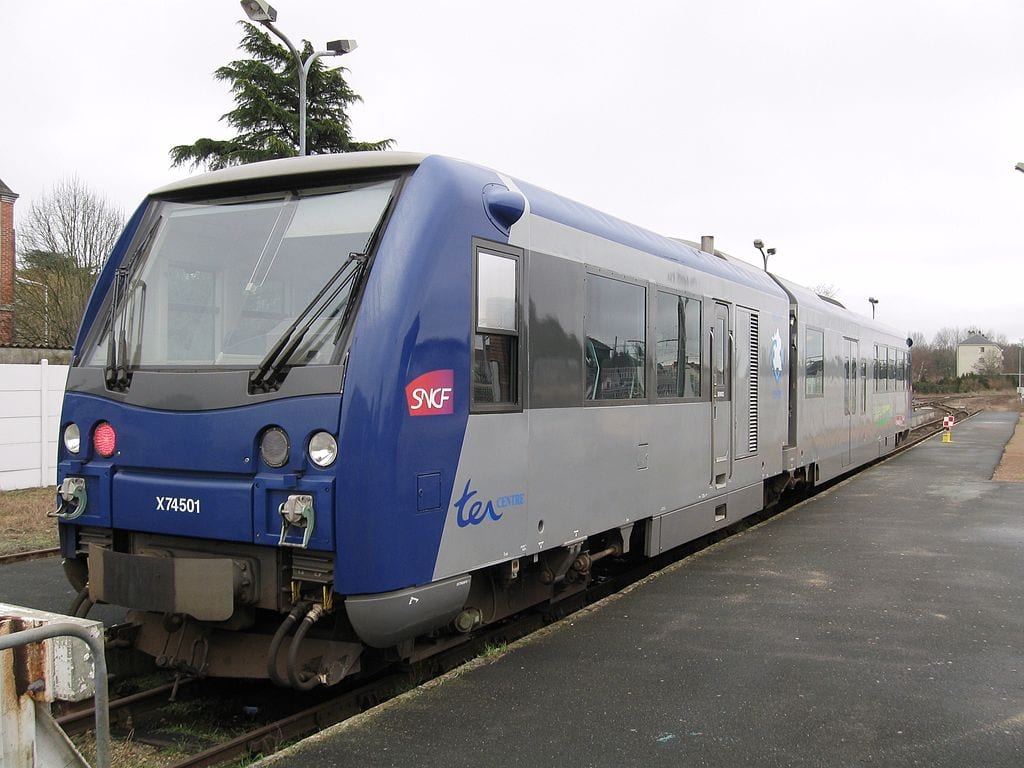 If, as is likely, you got your French history info from Michael Curtiz’s Casablanca, you know the legendary French Resistance (small bands of patriots that suddenly included 40 million Frenchmen on June 8, 1944) began in Africa as well as London as well as secret hideouts in Paris and its environs. Another good source is John Frankenheimer’s The Train. Mr. Pleszczynski agrees with me this film has an outstanding cast including Burt Lancaster, Paul Scofield, and the haunting beauty of French postwar film, Jeanne Moreau. 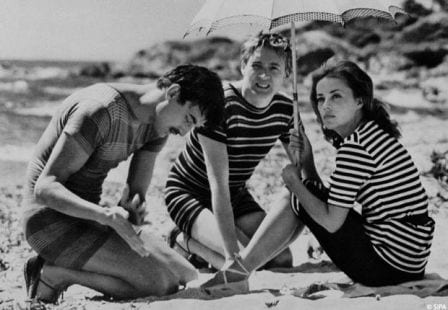 This week and next, however, Mr. Pleszczynski recommends It’s a Wonderful Life, and I say while you are at it, listen to Louis Armstrong’s “What a Wonderful World” as well as “La Vie en Rose.”

The Train departed from the historical events that inspired it, but it was not inaccurate in showing the SNCF, the national state-owned French rail network, as one of the centers of resistance, even before 40 million Frenchmen and women joined up after the Allies broke out of their beachheads in Normandy and began the march toward the Rhine and beyond, at huge cost in American lives. (Also British and Polish.)

(French, too, the legendary Gaullist Philippe Leclerc de Hauteclocque’s DDB tanks spearheading the drive into Alsace-Lorraine once the American Third Army cleared out the Germans. Most of the EM’s in the DDB were Africans, but the official histories did not say so until they were all dead of old age and could not collect the pensions they never got.)

France’s railroad men were representative of a certain sense of patriotism and duty. They maintained one of the world’s finest public transportation systems, proudly and, when necessary, at risk to life and limb. These were fine men, and they were rewarded with decent wages and generous benefits.

This is as it should be. Yet one cannot help but view the recent and current wave of strikes in French public transport with dismay. To be sure, this is a French situation and the French do not need advice from anyone, though President Emmanuel Macron might have the grace to recall, in these days of Brexit controversies, his hometown of Amiens was liberated by the British 11th Armoured Brigade.

Still, millions of foreign visitors make use of French trains and cannot avoid having an opinion, however superficial, of the merits and, perhaps, shortcomings, of the rail network.

President Barack Obama, for example, upon riding the TGV (the high speed trains that have gradually taken over most of the major lines) from Paris to Strasbourg, is reported to have said, “Why can’t we have one of these?” Strasbourg was liberated by the DDB, which had made it all the way from Brazzaville, Congo, with a stop in Paris, toward the end of 1944, but he did not say something about this while talking about the TGV. This may have been from tact, however, given the high numbers of Strasbourgeois who commute to jobs — under German bosses! — on the other side of the Rhine.

Actually, we have the Acela between New York and Washington; for the California version, check it out with Mr. Pleszczynski, whom it is supposed to benefit, him being a native, as was Pancho Gonzalez.

But the answer to the ex-prez’s question is that we did not, and do not, have the same compact geography as France. A sharper answer might have been to ask him how long they — the SNCF — would be able to afford “these,” given its high labor costs, now deemed insufficient by some. And if they don’t get what they want, you can’t ride their trains.

The self-sacrificing men of The Train have been replaced by a workforce that sees the French public, rather than the Nazi occupier, as the enemy. Otherwise why would they be holding a country hostage, wrecking business and commerce and commuters’ jobs, during a busy season?

Mind, I believe in honoring contracts. You sign on for a job, you have every right to insist on getting what you were promised. The argument by some conservatives that the teachers unions, for example, are busting New York City, is specious. The argument made by other conservatives — Hayek, notably — that labor unions are reactionary, a drag on economic innovation and growth, and generally prone to corruption, is not specious and it merits frequent reexamination, but this is a different matter.

The French government, as governments are prone to do, was less forthright about its pension reform plans, which had the effect of making a lot of people worried about losing their benefits. But he made it clear during his presidential campaign program two years ago that reform was on the agenda, and when the scheme was laid out in small print the other day by the prime minister, Édouard Philippe, it did not give much ammunition to his detractors, who claim he favors “the rich.”

It is a rather mild plan, as best you can judge from afar, with no serious changes for anyone already in the system, what we would call vested. Workers coming into the labor force, public and private, will be eased into a new regime gradually. The idea is to simplify and run it along “universal” lines, replacing the multitude of pension funds that are in place today.

There is no harm in objecting. What, after all, is good about centralizing everything in Paris? And what is wrong with competitive funds? The railwaymen have one of about 40 “special regimes,” which are indeed pretty good — you can quit at 50 or thereabouts without penalty. Are those for whom nothing will change really disrupting the whole country out of concern for new and future employees? It appears rather that the more radical unions, cheered on by the caviar Left, which hates Macron with a passion comparable to the anti-Trumps or, in little Hungary, the anti-Orbáns or, in big Brazil, the anti-Bolsonaros, are in need of an excuse to whack him.

The strikes seem to be petering out this week, but there could be a resurgence of the old down with the system spirit, seeing as how the Christian attitude — though Macron is Catholic — is in low gear in the land that once prided itself on being the Church’s eldest daughter. I indicated to Mr. P. that his friends likely could get to Jerusalem without too much trouble even if they do stop over in Paris. He said they were already there, so that takes care of that.

Macron deserves, even nigh upon three years in office, the benefit of some doubt, notwithstanding sometimes acting like a stupe, as when he posed with half-naked rappers in an effort to appear “young” or “cool” or whatever.

Saying NATO is brain dead, for example — as he did recently — is not necessarily as harebrained as it sounds, no prejudice to hares. Trump called it obsolete, and just as the American president’s complaints about the allies have had the salutary effect of getting them to focus their minds on the price of freedom, so the Frenchman’s remark about what after all is a fair if glib remark about NATO’s lack of purpose ought to have a shock effect on all those eggheads, in uniform or out, who are paid to cogitate on war and peace.

At any rate, it looks like Macron can tough out the strike wave, as he has toughed out the protests by yellow-vested truckers — and others — that have persisted for a year now and are going nowhere. Not to sound like Marie Antoinette — a much-maligned young lady — but if they are finding the cost of fuel high, maybe they should take a train. If they can find one with a credible schedule.