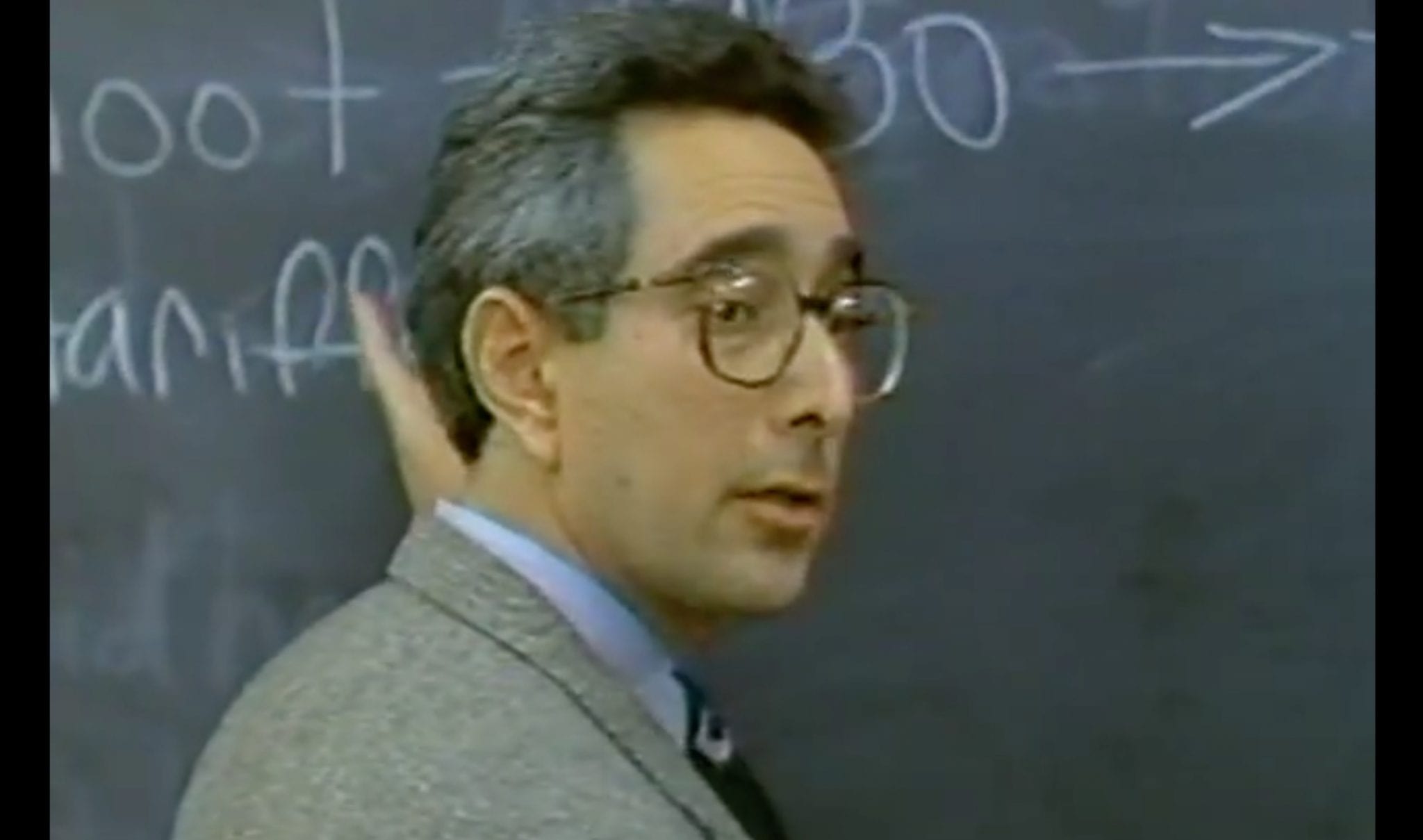 Many and many a year ago, in 1985, I made myself known as an opponent of tariff wars. I did this by speaking against the Smoot-Hawley Tariff Act of roughly 1930 in the immortal Ferris Bueller’s Day Off. This act raised tariffs on about 2,000 items and prolonged the Great Depression. We learned from this what we should already have known: that trade wars are bad news, depress economic activity, and dampen the world economic mood.

Adam Smith made this abundantly clear in The Wealth of Nations and it should be clearer than ever now.

This is why it’s so damned depressing (so to speak) that Mr. Trump, whom I voted for, not that it mattered in California, is now raising the specter of a trade war — especially against China.

Now, everyone knows that the Chinese are not always perfect actors on the economic stage. Frankly, neither are we. We subsidize exports in ways generally considered not quite Kosher. Yet the world gets along with them and life goes on.

But we want the Chinese to be in the room with us negotiating in good faith to become better economic actors. We need them and they need us. We need cooperation, not confrontation.

You don’t get that by economic saber rattling, threats, and ever longer lists of items to place tariffs upon. The Chinese are a great nation, a nation of over a billion of the most talented people on the planet. They are rich and getting richer and they owe that to capitalism and freedom of enterprise, by far their most important import from the USA. They know it and are grateful.

We have to treat them with respect. And we have to treat our American consumers with respect. I learned at my father’s knee and in Milton Friedman’s conversations that when a nation (such as China) wants to sell us fine quality goods at a bargain price, we should run towards the sale — not away from it.

There is a basic truth at work here: we want to protect our consumers. After all, everyone in America is a consumer. Only some are steel or aluminum workers. We want them taken care of too, with allowances for retraining and for feeding and housing their families. But we want every housewife and every husband and every single person to be able to get good quality clothing at bargain prices via China.

Yes, we want China to play fair. And China wants us to play fair. But a trade war, even the hint of a trade war, is a terrible way to get fairness for the huge bulk of American consumers. The Chinese respect intelligence. They respect our technological genius. Let’s deal on the basis of quiet diplomacy, avoid shooting wars in trade, and keep our sizzling Trump recovery going. Discussion. Persuasion. Fairness. No wars. My best friend I ever had, Al Burton, said something incredibly brilliant to me years ago when I asked him for advice about the future. “Peace is wonderful,” he said. That goes for trade as well as guns. Mr. Nixon opened up China. Let’s keep it open for business, keep from having these wild market gyrations, and handle a great people — the Chinese — with kid gloves. “Peace is wonderful.” I admire Mr. Trump for his boldness, but sometimes speaking softly works wonders.

And when I track down that rascal, Mr. Bueller, I’ll tell him, too.