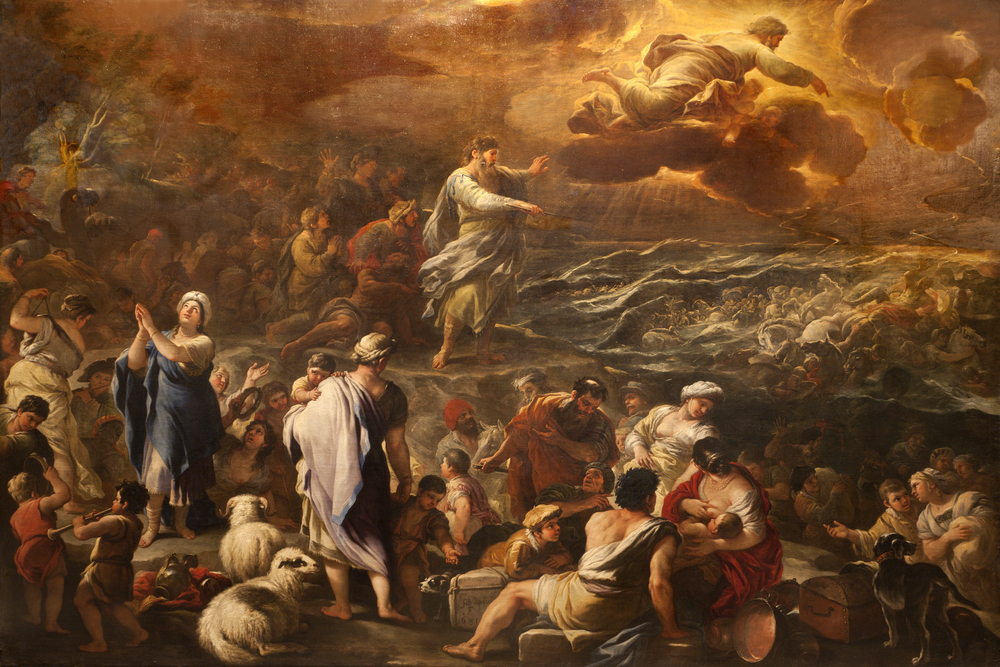 The story of the Exodus recited around the Passover table contains this introduction:

Had the Holy One, blessed be He, not taken our ancestors out of Egypt, then we, our children, and our children’s children would still be enslaved to Pharaoh in Egypt.

This is a passage that seems on the surface puzzling. A Spanish rabbi who lived nearly 700 years ago noted that even in his day, the rulers of Egypt had stopped using the title of Pharaoh centuries earlier, so how could it possibly be true that we would still be enslaved to a Pharaoh?

As the world emerged from the darkness of World War II, a young rabbi proposed an explanation of the text’s meaning. This rabbi had managed to escape the Nazi occupation of Paris, where he had been living when Germany invaded France. He had made his way south to Marseilles, then to Portugal, and at last to New York. There, as a trained engineer, he took up work in the Brooklyn Naval Yard, helping to design and install electrical command systems on warships.

The rabbi also kept up his scholarship, and in 1946 he published a commentary on the Haggadah, the liturgy of the Passover meal. In a brief comment, he explained the intent of the puzzling text above:

The reason that rulers in Egypt stopped being called Pharaoh is because the events of the Exodus brought Egypt down from its pre-eminence. But had the Holy One, blessed be He, not taken our ancestors out of Egypt, Egypt would have remained in all its strength.

In every generation they rise against us to destroy us, but the Holy One, blessed be He, saves us from their hand.

There may indeed be cycles in this world, and evil still can and does get the upper hand. But there is salvation in the end, always. The intent behind creation will out. The earth will not forever be covered over by oppressors. And whenever that intent comes to fruition, its result will be freedom.

It is at the least discouraging, and it is sometimes terrifying, to see the reemergence of re-empowered anti-Semitism. Powerful haters of Israel are in positions of esteem and growing power in the ruling Democratic Party. Instead of the frank and determined opposition to Iran’s imperialist aims and terrorist means, the new administration rushes to appease the mullahs and apply once again for ransom terms to delay just a little bit longer Iran’s nuclear ambitions.

The Iranian-backed Houthis have just gotten rid of the last free Jews of Yemen, ending the Jewish presence there of far more than a millennium. But Biden’s State Department has removed the Houthis from the list of terrorist organizations.

Muslim states in the Arab world and beyond have made peace treaties with Israel, agreeing with Israel and America’s previous leadership that the growth of peace should not be held hostage to the corrupt and intransigent Palestinian regimes. But the new administration thinks it can do better by returning to the strategy for stalemate that had ruled American policy in the Obama years. State has even begun to return to the false terminology that obscured talk about Middle East reality, by going back to speaking of the disputed territories of the West Banks as “occupied,” a term that only applies correctly to territory recognized as rightfully belonging to a different nation than its current rulers, not to land such as this, which has been disputed ever since Britain withdrew from it in 1948 and has no recognized national identification.

“In every generation, they rise against us to destroy us.” The circle goes around and around.

“But the Holy One, blessed be He, saves us from their hand,” and the circle itself is not stuck in place.

Freedom was introduced into history on Passover. The circles of the world may continue, but they are not stuck. They revolve in the direction of freedom and of peace. As lyricist Robert Hunter put it, “Every time the wheel turn ’round, / Bound to cover just a little more ground.”

Those who subvert the imperative of freedom to widen their own prerogatives and egos have been befuddled with every true breakthrough of freedom. They sneered at Reagan’s policy towards the Soviet Union, confident that the Communist bloc would always be there and we ought to accommodate them thoroughly. They predicted massive violence in the Arab world as a result of recognizing Jerusalem as Israel’s capital, preferring, as Obama did, to go along with the designation of Israel’s presence in Judaism’s holiest places as illegal. They were utterly confounded by the success of the man they thought an idiot achieving what they could not — one peace treaty after another and a popular momentum for peace on terms of mutual respect and benefit that they never dreamed of achieving.

It is true the United States has erred more than a few times in its history. Jews have been mistrusted, along with other newcomers thought to bow to an un-American rule. In evidence of that mistrust, Gen. U. S. Grant expelled the Jews from Kentucky; great American universities only admitted a set quota of Jews; Franklin Roosevelt pushed the Holocaust to the side and countenanced anti-Semitic policies in the State Department that cost untold thousands of Jewish lives. But, as in many other countries, the presence of Jews has proven beyond doubt to be beneficial.

But this latest turn of the circle in the age-old direction of blame and mistrust can only be temporary — as long as America remains America, which it must. More than most anywhere, this country has stood for freedom and has given Jews and all religions rights on an equal basis. It was founded for the sake of religious and political liberty and will surely keep rolling forward towards that noble goal.

In the history of this great land, the message of Passover has been recognized. Though Benjamin Franklin’s idea of a picture of the Exodus on America’s great seal was not adopted in the end, the biblical spark of the freedom kindled at the Exodus burns in our American soul. The circle is turning and moving. The darkness will not last.