During the Gaza War of 2014, my friends on the left — sophisticated, intelligent people in high-level positions — were taking the side of Hamas, a terrorist group. It was my first realization of how deeply anti-Semitism had infiltrated the left, how much it had become an integral part of the politics of “intersectionality.”

I decided to curate a beautiful, apolitical photography book about Israel, showing through imagery the country’s inherent beauty and diversity. Not surprisingly, nearly every publisher turned the idea down. Not because of the photos: selecting the best from 35 photographers, the photos were stunning. No, they turned it down because it was politically incorrect to ‘normalize’ Israel with a beautiful, apolitical book.

Thankfully, Skyhorse Publishing, which had published a gorgeous Passage to Burma and Passage to Cuba said yes to a Passage to Israel, and with gusto: printing 8,000 copies — an unrecognizable number in the photography book world. I then showed the images to Ronni Anderson of Anderson Contemporary Gallery in New York City. Unaware that she was supposed to respond with disdain, she immediately booked a Passage to Israel exhibition for November-December 2016. 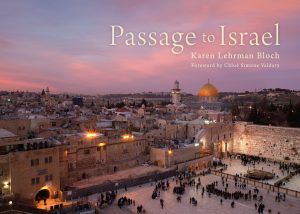 And thus began the journey of Passage to Israel. A journey that has taken it from an Opening Night in NYC with the singer Matisyahu to the Jerusalem Theatre and the Jaffa Salon of Art in Tel Aviv. A journey that will take it to London, Berlin, Barcelona, Melbourne, Miami, Los Angeles, Washington, D.C., Toronto, and Montreal.

Given the fact that you can’t say the word Israel today without getting ten opinions, a protest, and a ban, we expected that there would be pushback. We expected ugly protests. We expected incessant nasty comments on the project’s Facebook page. We expected calls to ban the book from bookstores and Amazon.

We have been, well, shocked at the response.

While progressives in the U.S. and Europe trip over themselves in virtue-signaling their “anti-Zionism,” the Facebook page for Passage to Israel now receives more than a third of its ‘likes’ from Arabs living in Israel and Judea and Samaria. And they don’t just like the photos. They heart and share them. There have been only two negative comments — both from progressives living in the United States.

At the exhibitions, people have responded to the images with, well, love. Like a long-lost love because these types of images of Israel have been repressed. One person said to me: “Thank you for allowing me to love Israel again. Like I did as a child.”

What’s going on? In a word, beauty. 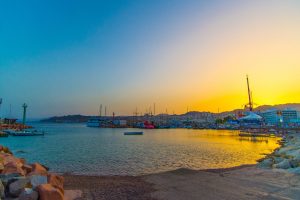 The images were chosen because of their deeply emotional — spiritual — beauty. It turns out that it’s hard to protest beauty. Beauty bypasses ideology and goes straight to the soul. Beauty can’t be fabricated; it can’t be used as part of a false narrative, a rewriting of history. 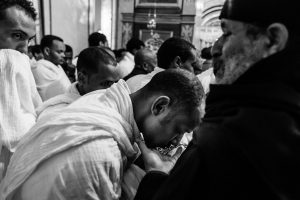 We need more projects that bring Israelis and Arabs together through art. And we need less input from progressives in the United States who don’t understand, and don’t want to understand, anything about the situation.

Karen Lehrman Bloch is a writer, cultural critic, and curator. She is the author of The Lipstick Proviso: Women, Sex & Power in the Real World (Doubleday) and The Inspired Home: Interiors of Deep Beauty (HarperCollins).