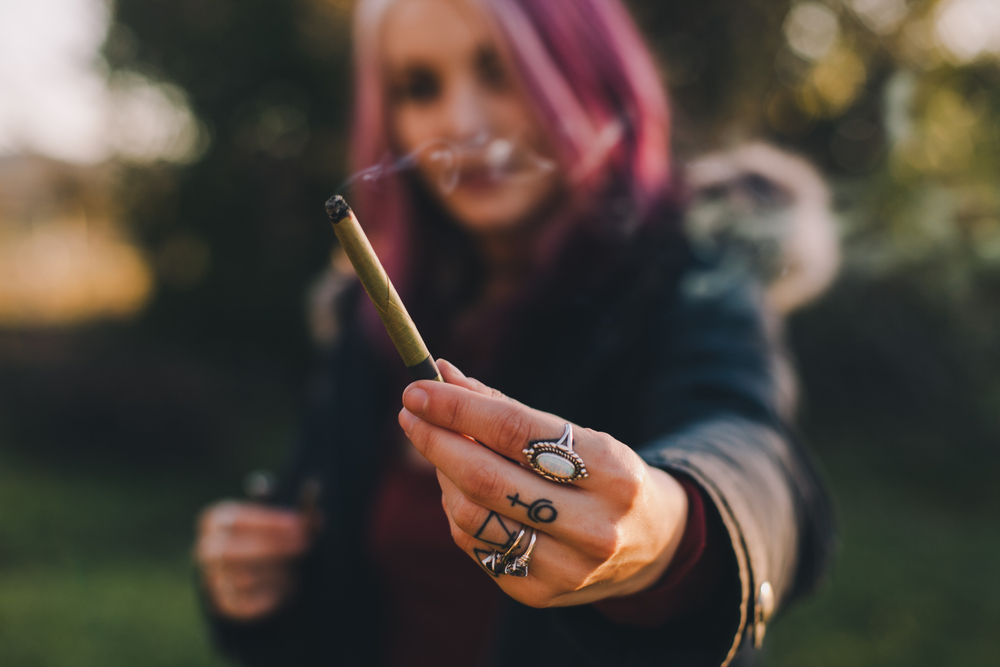 A decade has passed since Colorado and Washington became first in the nation to legalize the use of marijuana. Since then, 19 states and the District of Columbia have joined them in liberalizing recreational cannabis laws. Voters in Maryland and Missouri became the latest states to successfully back ballot measures legalizing pot following last month’s midterm elections. Support for reforming marijuana laws is at an all-time high. With more Americans inhaling cannabis than smoking cigarettes, a Gallup poll conducted last year found that nearly 70 percent of U.S. citizens agree that marijuana should be decriminalized. Despite efforts to amend cannabis regulations, the U.S. Drug Enforcement Agency continues to classify marijuana as a “Schedule 1” substance. It is listed alongside other drugs, such as heroin and ecstasy.

While opponents of easing marijuana restrictions often focus on the dangers associated with its use among teens, less attention is paid to the millions of American parents partaking in the drug’s purported pleasures. Recent studies suggest that over half of marijuana users are parents to children under 18. Social acceptance surrounding cannabis is resulting in what was once an illicit habit practiced privately now advancing to the public arena, with parents delighting in its overt use at workplace functions and lifecycle events, at times in full view of minors. Hollywood has also joined the parental pot bandwagon, with the actress Lake Bell declaring earlier this month that she is a “straight-up better parent” when she’s stoned since she can then “become literally a kid” who is “like, on their level.”

Yet far from paragons of custodial virtue, parents propagating pot’s usefulness are promoting a dangerous discourse that will have profound implications on the physical and mental fitness of our nation’s youth while altering the social fabric of our country.

Simply put, the hazards connected with parental pot smoking may be worse than those posed by cigarettes.

It bears mentioning that loosening U.S. marijuana mandates precedes anti-tobacco laws taking effect in most areas across America. Those who favor relegating cigarette smokers to a near-pariah status paternalistically opine about cigarette health risks. Yet new research published in the Wall Street Journal last month notes how higher rates of emphysema and lung damage were detected among marijuana smokers than those smoking tobacco. Simply put, the hazards connected with parental pot smoking may be worse than those posed by cigarettes. Nursing mothers who used marijuana were found to have traces of THC in their breastmilk, meaning moms who smoke pot are selfishly placing a baby’s developmental brain at risk. And with bong smoke able to linger in the air for up to 12 hours, marijuana metabolites are easily detectable in children’s urine, with doctors recently finding in one small sampling that over 20 percent of children arriving for an annual well-visit in New York City displayed medical symptoms of marijuana exposure in the home. Moreover, a 2019 survey of 25,000 parent–child pairs found that children whose parents smoked marijuana less than 52 times within the last year were still 70 to 80 percent more likely to begin using the substance themselves.

Despite studies substantiating links between persistent marijuana use with permanent IQ loss and increased risk of psychosis, the conditioning of parents to indulge in pot is encouraged among the refashioned cannabis industry. The ease of normalizing parental irresponsibility is buoyed by the popularity of edibles, which includes potent THC levels tucked in trendy-shaped chocolates and childlike gummy bears. In liberal-led cities, cannabis cafes remain a fixture and offer an array of marijuana-laced bakery treats while “vape” pens encased in stylish packaging expertly entice parents. Moms can now get high by applying weed-laced lip balm.

With upscale parents in a stoned stupor, a New York poison control center was compelled to issue a warning last summer following a sharp increase in emergency room visits by children, many under 5 years old, who ingested edible marijuana after mistaking the drugs for “treats.”

And distinct from cigarettes, whose comforting effects are overwhelmingly a blue-collar pleasure, coastal liberals are marijuana’s largest consumers. They are not unlike the intellectual bohemians depicted in Midge Decter’s 1975 groundbreaking book, aptly titled Liberal Parents, Radical Children, which links the impaired judgment of parents to the personal struggles among their successors. The behavior eloquently described by Decter decades ago mirrors the psyche of “permissiveness and carefree indulgence” reflected in today’s cadre of parents.