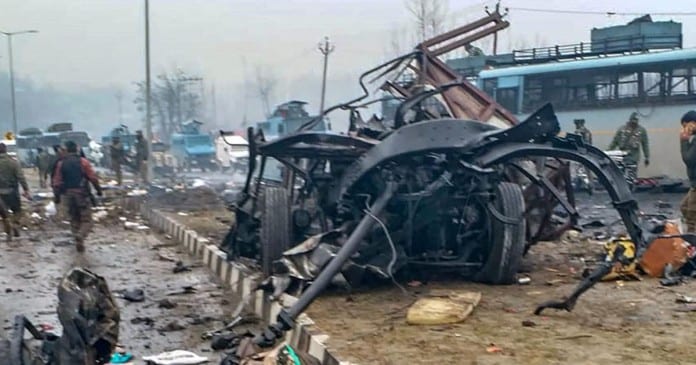 As tensions between India and Pakistan escalate over the disputed territory of Kashmir, Pakistani officials are again threatening armed conflict, saying they will “go to any extent” to protect Kashmiri independence.

On Monday, the Indian government unilaterally revoked Article 370, which has granted the Kashmir territory a great deal of autonomy since the 1940s. Kashmir, whose population is majority Muslim, had remained an independent state after the collapse of the British empire. Soon threatened by Pakistan, however, it sought protection from India in 1947 in exchange for relinquishing control over its foreign defense and communications.

But as memories of those first years of independence have faded, nationalists from India’s Hindu majority have begun to question why the territory continues to exercise privileges not granted to the rest of the country. Among the touchiest aspects of the territory’s autonomy is its right to bar non-Kashmiri Indians from permanently settling in its borders, a privilege that has served to preserve its distinct, primarily Muslim culture. This has helped to turned Kashmir into a hotbed for Jihadist separatists and a perpetual thorn in India’s side.

India’s ruling Bharatiya Janata Party won this year’s election in May by a crushing margin on a platform that included promises to revoke Article 370. Yet Monday’s events came as a surprise to most outside of the party, and the events were met by a harsh rebuke from Pakistan, which sees itself as a protector of the territory’s Muslims.

The Pakistani government has sounded equal parts vague and ominous regarding its intended actions, declaring soon after India revoked Article 370 that it would exercise “all possible options” to compel India to reverse its decision. Pakistan Army Chief Gen. Qamar Javed Bajwa declared that the Pakistan Army “firmly stands by the Kashmiris in their just struggle to the very end.”

In what is sure to be interpreted as a threat, Pakistan’s Prime Minister, Imran Khan, warned that “incidents like Pulwama are bound to happen again,” referring to an attack in February that killed 40 paramilitary personnel in the Kashmiri city of Pulwama. The incident triggered a show of force from India’s air force that resulted in a dogfight between Indian and Pakistani aircraft. “I can already predict this will happen,” he added.

Despite the threatening tone, experts tend to agree that Pakistan is unlikely to confront its stronger southern neighbor over Kashmir militarily, given Pakistan’s reliance on a steady influx of Western financial support that is sure to dry up if conflict breaks out. With both sides in possession of nuclear weapons, however, even long odds can be frightening.