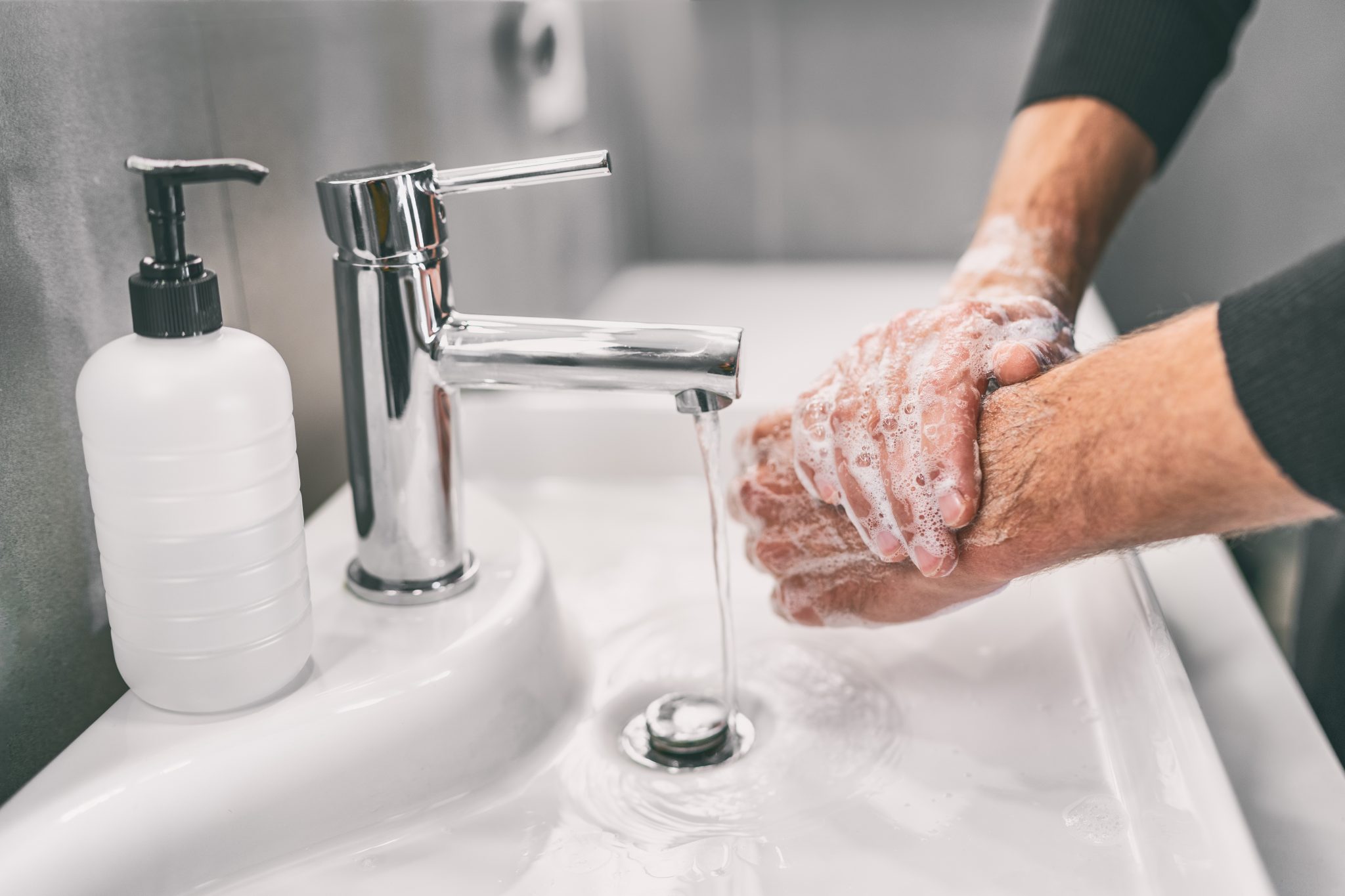 I am a practicing physician (a dermatologist). I was a medical student when HIV was discovered. As a dermatology resident, I dealt extensively with AIDS patients, because AIDS — as with most infectious diseases — often presents with skin lesions, so I’ve lived through a new infectious disease before. I remember the confusion and the unknowns that brought, and how we did some things well and other things not so well. With coronavirus I have a responsibility to my patients and staff to act, not overreact, appropriately with the best information available and adjust decisions from time to time as better information becomes available.

Crises bring out the best and the worst in people. For those with agendas, it’s an opportunity; for those filled with hate, it’s a time to assign blame and fuel anger; for the fearful, it’s time to hoard, withdraw, and encourage others to be scared; for true leaders, it’s a time to step up and comfort, protect, and provide guidance. Unfortunately a large part of our media (with their desire for sensationalism, wanting to be “first,” and having agendas that blur sound judgment) have chosen to feed our fears and fuel our problems.

For those with a short attention span, I’ll steal a line from Inigo Montoya in The Princess Bride. “Let me explain … No, there is too much … Let me sum up.” COVID-19 needs to be taken seriously, especially by the elderly, immunocompromised, and heart/lung patients. But for the rest of the world, it poses very little threat compared to so many things we face every day. Yes, we should wash our hands, yes we should avoid contact with those at risk, yes we should self-isolate if we are symptomatic or have a positive test, but beyond that there’s more hype than science. We do need to comply with our government’s guidelines (even the ones that may be overkill), but we don’t need to be scared. We should be planning on how we’re going to rebuild and looking for the inevitable opportunities that always follow a crisis.

The Imperial College in London (one of the most prestigious institutions in the world) initially suggested the best approach was to allow herd immunity and isolate high-risk individuals selectively. Then they came back with a model that basically said there would be 2.2 million dead in the U.S. and 500,000 dead in the UK if no action were taken to slow the virus. This model and report largely fueled the hysteria we currently see. Last Thursday, they drastically downgraded their projection to less than 20,000 deaths in the UK. Part of the reason for the downgrade is that a study out of Oxford (another prestigious institution) said that only 0.01 percent (1 out of 10,000) that contract the virus will need hospitalization. Another reason is we just aren’t seeing such horrific outcomes.

It’s important to note that when any “new” disease comes along the mortality (death) rate is always overestimated for several months at a minimum. The reason for this is that the actual number of deaths (the numerator) is known to a high degree of confidence. The number of people infected (the denominator) is grossly underestimated, since 90–95 percent of cases are mild and most people are never tested. For example, if 10 people die and 100 people test positive, then it’s a 10-percent mortality rate. But if the actual number of people who were positive was 2,000, then the mortality rate is only 0.5 percent.

Clearly while one is going through a unique event, no one really knows exactly how it will play out. But if we depend more on real numbers and historical events, as opposed to models (no matter how well designed) that depend on numerous assumptions and operator biases, we will make better decisions.

We also can gain perspective by real historical data that we can all relate to. Consider the following:

Again, I acknowledge that the coronavirus is serious, especially for those in the high-risk categories, and we don’t know exactly how it will play out. It does appear though in the overall scheme of things that we’re overreacting a bit.

For those who want to assign blame, saying, “We weren’t prepared,” “They don’t know what they’re doing,” etc., please stop. You marginalize everything you say when you lead with that. You’re speaking based on fear or bias or hatred, and none of that is helpful. No one is ever fully prepared for every possible crisis. Both the state and federal government already knew that in a worst-case scenario we could be short on ventilators. Several studies have been done in the U.S. and internationally that provided this data. The leaders of the state and federal government made rational decisions on what they thought was the appropriate number to have on hand. We have had ventilator shortages before with mass shootings, hurricanes, and other natural disasters. Yes, this is more widespread than those types of events, but we’re ramping up production and sharing what we have with the areas that need it most. Not all areas are hit at the same time. We’re also coming up with new treatments such as the antimalarials which are incredibly safe and effective. (We use them in dermatology for lupus, etc. I’ve had one patient develop a rash from hydroxychloroquine in 26 years.)

In 2019, the Nuclear Threat Initiative and the Johns Hopkins Center for Health Security ranked the U.S. as the best-prepared country in the world for handling a pandemic. Looking at our mortality rate and comparing it to similar countries, I think they’re right. Have we misstepped on some decisions? Yes. Will we look back at this and see that we could’ve done some things better? Absolutely. But we’ve also done an awful lot of things right: Curtailing travel early on, expediting drug trials, and redirecting resources to where they’re needed the most. We will get through this, much sooner than the media would have us believe.

The biggest danger in my mind at this point is the continued fear and hysteria. The number of individuals who will commit suicide because of fear or loss of wages, the number who will become addicted to drugs or alcohol as their escape, the increase in depression, those who will delay going to the ER with symptoms of a heart attack or stroke, the increase in theft, etc., could easily skyrocket.

We need a massive dose of common sense and rational thinking. We need to accept the fact that the media will continue to sensationalize and twist everything they can to scare (think: manipulate) you. That’s how they generate their income and influence the masses. Neither they nor a significant part of our government (as demonstrated by all the nonessential, non-COVID-19 related spending approved in our recent rescue bills) really cares about you individually or our nation collectively. But there are those out there who are working around the clock to fix this, and as a nation, we have an incredible record of overcoming whatever obstacles come our way. Hopefully we’ll each set aside our petty differences and all work to be a part of the solution. Don’t use social media to fan division, hatred, fear, or hysteria — use it to spread hope and encouragement. Take advantage of the extra time you have with family to build memories and teach your children the right way to face a challenge. No “valley” goes on forever. Better times are ahead.

Dr. Steve Skinner is a practicing dermatologist in Cullman, Alabama.