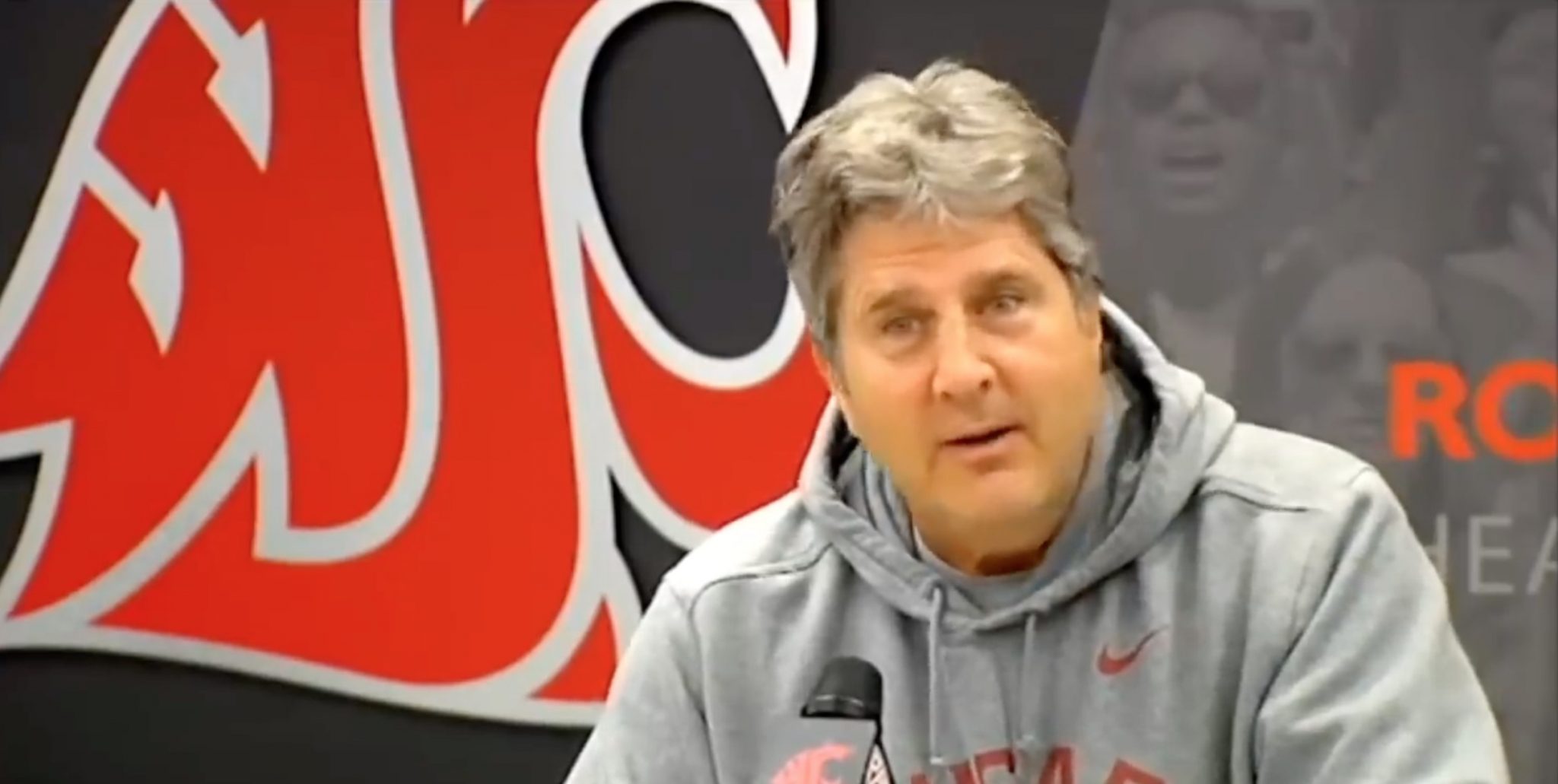 Mississippi State University head football coach Mike Leach is a renowned eccentric and smart aleck. His press conferences are often stand-up comedy events where the coach muses humorously on mascots, rival coaches and conferences, history, and whatever else that comes into his wandering mind:

Our offensive line has to be tougher people. That will be addressed tomorrow. It will be an experience they won’t forget. They’ll be talking about it when they’re my age.

If you go to any elementary school classroom in Texas, some kids in there are going to be named either Austin, Dallas, or Houston. I’d try to get more creative with it. I’m going to move back to Texas, have another kid, and name him Fort Stockton.

This is a typical Mike Leach presser. And he’s no different on Twitter. Last year he tweeted a graphic of Sasquatch with the caption,

Believe in yourself, even when no one else will.

What Jerry Glanville was to the NFL — he once left tickets for Elvis at will call a decade after the singer’s death — Leach is to college football.

Leach has yet to coach his first game for the Bulldogs, and his humor has already landed him in hot water with the PC police. Why? Last week, Leach posted this on Twitter: 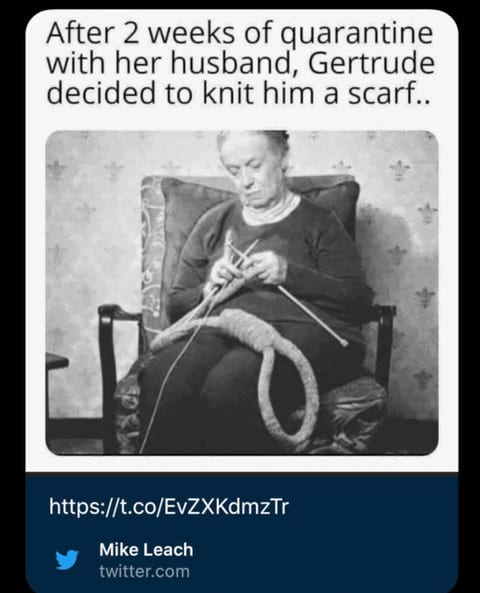 And what, you ask naively, was his offense? Were old ladies who hate knitting offended by the stereotype? Were men who love knitting offended by the stereotype? Of course, one need not possess the ability to interpret a Jackson Pollack painting to see that this was a joking reference to the tensions between husband and wife in quarantine. (Hmm. Did my wife make this meme?) But this didn’t stop the cancel culture from accusing Leach of racism as if he had implied the lynching of minorities.

Feeling the wrath of this dark corner of our society, Leach immediately deleted the tweet and apologized.

But that wasn’t enough.

Joining the theater of the absurd was Mississippi State athletic director John Cohen, who said that the university was “disappointed” in their new coach. One player is transferring, saying he wasn’t comfortable “with a guy like that, from a leadership standpoint.” The university is requiring Leach to participate in “listening sessions” with students and community groups. Precisely what Leach will hear in these sessions is not clear, but it is implied that he will be a better person for it.

Coach Leach is also being required to take guided tours at the Museum of Mississippi History and the Mississippi Civil Rights Museum, both of which are well worth visiting but totally irrelevant to the tweet in question. Again, nothing in Leach’s tweet suggested an insensitivity to anyone but husbands.

Come to think of it, as a husband, perhaps I should be outraged, demand Leach’s immediate firing, and insist that he attend “listening sessions” with the Abused Husband Support Group. (Yes, that exists.) But I don’t demand any of this for the simple reason that I am not an idiot.

Yes, logic carries no weight in the reactionary world of university administrations, and it carries even less weight among social media bullies that scour the internet looking for potential victims like — dare I say it? — a lynch mob.

Are you offended by my article?

Larry Alex Taunton is the Executive Director of the Fixed Point Foundation and a freelance columnist contributing to USA Today, Fox News, First Things, the Atlantic, CNN, Daily Caller, and The American Spectator. He is also the author of The Grace Effect, The Gospel Coalition Book of the Year The Faith of Christopher Hitchens, and the soon-to-be-released Around the World in (More Than) 80 Days (available for pre-order now). You can subscribe to his blog at larryalextaunton.com and find him on Twitter @larrytaunton.