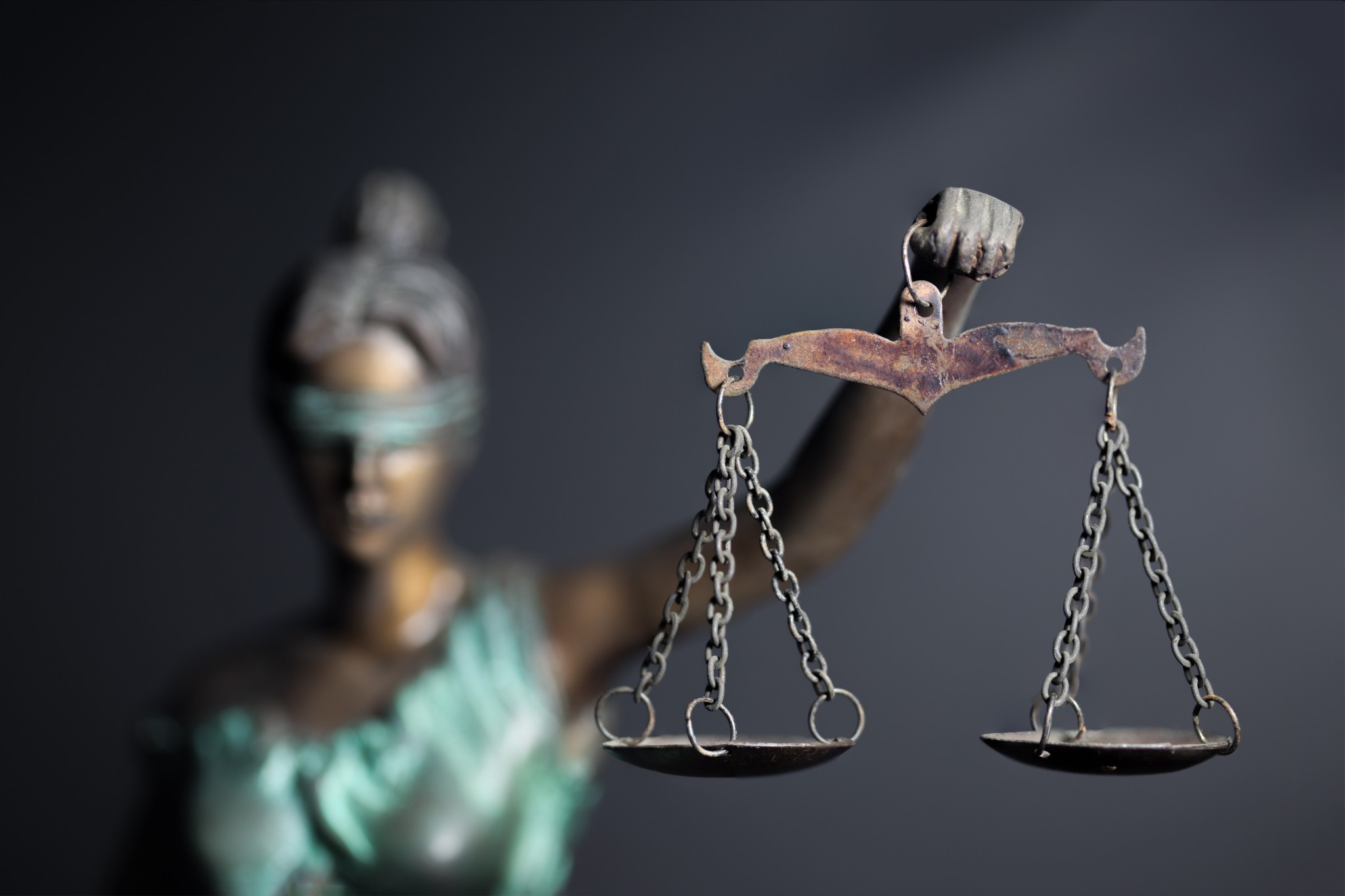 Longtime American Spectator contributor Neal B. Freeman was honored by the Boy Scouts of America on Tuesday for “advancing American values.” In accepting the award at the annual dinner in Nassau County, Florida, Freeman made these remarks.

I am delighted to be here tonight to join the previous winners of this award – among them, Sen. Aaron Bean, Judge Robert Foster, Sheriff Bill Leeper, and Tax Collector John Drew.

For the conspiratorially minded among you, I would note that Bean writes the law, Foster interprets it, Leeper enforces it, and Drew makes you pay for it. Your role, if any clarification be required, is to abide by it.

And the tax collector. Let’s talk about him for a moment.

That’s why tax collectors get bad press. I think it started with the Bible. But it certainly started before our own beloved country was born. You will remember that night, almost 250 years ago, when American boys rowed out to the cargo ships resting at anchor in Boston harbor. They climbed aboard, pried open the containers, and dumped overboard boatloads of fine West Indian tea? Why? Why did those boys commit that historic act of vandalism? Because British tax agents had imposed a tax on tea — without first consulting those who would be obliged to pay it.

I encountered the name of our own tax man, John Drew, in the same way you did. I was driving across north Florida, west to east, and I saw his office sign. I couldn’t help but notice that it was bigger than Chick-Fil-A. Bigger than Ron Anderson Chevrolet. About the same size as the Walmart Supercenter.

A few months later, I had to renew my driver’s license and I drove over to John’s office early one morning. I prepared the way I had prepared in previous years for a visit to the Virginia Department of Motor Vehicles. I packed a lunch. A nice lady greeted me as if she was pleased to see me. There was a slight delay as another nice lady urged me to take a second crack at the eye chart. I finally passed, got my new license, and was out the door in 14 minutes. I now tell newcomers they needn’t dread a visit to John’s office. And I assure them they can’t miss it.

As I say, we delegate extraordinary powers to these men. But we do so with an American wrinkle. With a touch of American genius. We delegate these extraordinary powers contingently. Every few years, these men are required to come before us, their fellow citizens, and make three declarations. They report on what they’ve done over the previous few years. They tell us what they propose to do over the next few years. And they pledge to turn over the office keys if we prefer somebody else on election day. Our governors govern us, that is, but only with our prior consent. It’s a beautiful thing.

And it’s an American thing. Let me tell you a story about how the rule of law works elsewhere.

In June of 1997, I flew to Hong Kong to cover the Handover. Britain’s lease on Hong Kong — its 99-year lease from mainland China — was expiring and nobody knew what would come next. Rumors ran wild. One had it that Chinese tank battalions were massed at the border, ready to roll in at the stroke of midnight. Another had the lease being renewed, almost routinely, after some last-minute gamesmanship. And everything in between. At the Regent Hotel, on the Kowloon side of the harbor, the mind was concentrated by a huge LED clock ticking down the days, the hours, the minutes, and the seconds to the Handover. You could cut the tension with a knife.

One day, I had business in Singapore and I took the early flight over. The plane was filled to capacity with Hong Kongers, staggering up the aisle, their pockets and pouches and backpacks stuffed with coins, gold ingots, family jewelry — anything of value that could be squirreled away in a safe deposit box. I saw many of those same people on the plane back that evening, most of them with more spring in their step.

At the eleventh hour, an agreement was finally struck. China refused to renew the lease but agreed to extend basic political autonomy to Hong Kong for 50 years — until the year 2047. With the Handover now a certainty, Prince Charles, representing his mother, the queen, stood on the deck of the British royal yacht, Britannia, as for the last time it steamed out of Victoria Harbor — named for another queen, Charles’ great-great-great grandmother.

A friend of mine wrote a fine book about the Handover called Perfidious Albion, expressing what many of us felt was a British betrayal of the people of Hong Kong.

But what are the lessons of the Handover? Here are two.

First, you should never sign a 99-year lease on anything. The parties turn over, circumstances change, and deals get bent out of shape.

But second, if as an emerging nation you have no alternative but to be colonized, you should avoid the Japanese and the Soviets. Or earlier, the Portuguese and the Germans. Or these days, the Russians and the Chinese. Colonial powers are not fungible. If at all possible, you should contrive to be colonized by the British. For along with their imperial appetites, and their indefensible views on race and class, the British brought two things of inestimable value. First, the English language — the universal language of commerce and trade. And second, the British common law — a rudimentary legal regime that recognized individual rights, respected an impartial judiciary, and maintained a culture of shame for criminal activity.

There had been two signatories to that lease back in 1898. China, then a big but backward country, almost medieval in some of its judicial and economic arrangements. And Great Britain, then near the peak of its imperial powers, which London projected around the world by means of the Royal Navy, the only truly global maritime force of its day.

But while there were two signatories, there were three parties. The third party, of course, was the people of Hong Kong, the thousands of ethnic Chinese residents who were, then as now, pawns of history.

What happened over the course of the lease? The British Empire, the empire on which the sun never set? Well, it shrank and then shriveled. Most historians date the end of the empire to 1956 when Britain lost control of the Suez Canal to Egyptian nationalists. For their part, the Chinese began to embrace modernity. The communists won the civil war in 1949, the maniacal Mao Zedong finally gave way to the more pragmatic Deng Xiaoping, and, by 1997, China had become a powerful nation with at least hemispheric ambitions.

But the truly remarkable change occurred within Hong Kong itself. On a rocky island across the channel from a narrow coastal enclave along the South China Sea, Hong Kong — with none of the oil or the rare earth minerals or the arable farmland available elsewhere in China — had created an economic miracle. They had become world-class, first in manufacturing, and then in services — financial, engineering, software, and the rest. Along with Japan, South Korea, Taiwan, and Singapore, Hong Kong had become one of the Asian Tigers, the freest and fastest-growing economies in the world.

To do business in Hong Kong was exhilarating. It was said with only slight exaggeration that if you had a good idea at breakfast you could be in business by lunchtime. Every Hong Konger knew from hard-won experience that general prosperity could be achieved only by the creation of wealth — and never by its redistribution. A bilingual workforce, Chinese elbow grease, a limited government, and — most importantly — the rule of law. That proved to be a winning formula for what ultimately became six million, freedom-loving Hong Kongers.

Until the day it wasn’t.

Beginning in 2020, and then accelerating over the next year — with the great democracies of the West obsessed first with the pandemic and then with insanely profligate schemes to stimulate their economies — the Chinese Communists saw an opportunity — and seized it. They began to choke off basic freedoms in Hong Kong: They shut down opposition political parties; they seized media outlets; they reined in what remained of an independent judiciary — and they arrested anybody brave enough to speak out against China’s blatant violation of its 2047 commitment. The torch of human freedom that had burned so brightly in Hong Kong for most of a century was snuffed out in a matter of months. And in the capital of another former British colony, which should have known better, America’s national leadership did nothing.

What happened in Hong Kong was not, of course, an example of the rule of law. It was a particularly shameful example of the rule of men. Men who have no intention of turning in the office keys. What’s the difference? What separates the rule of law from the rule of men? What separates a society of ordered liberty from a society of totalitarian overreach? It is those paper-thin guardrails of constitutional restraint, all of which must be written and interpreted and enforced and paid for. We should cherish those guardrails. If we protect them, they will protect us, even in the dystopian days that seem to be coming our way.

Samuel Adams said it best in Philadelphia on August 1, 1776: “The people of this country, alone, have … chosen a government for themselves and with open and uninfluenced consent bound themselves into a social compact. Here no man proclaims his birth or wealth as a title to honorable distinction, or to sanctify ignorance and vice with the name of hereditary authority. He who has the most zeal and ability to promote public felicity, let him be the servant of the public.”

Ladies and gentlemen, please join me in honoring our fellow citizens who uphold the rule of law — our precious and always fragile rule of law. They hold fast to the old and honorable idea that the core responsibility of the public servant is to serve the public. God bless them. And may God bless these United States of America.