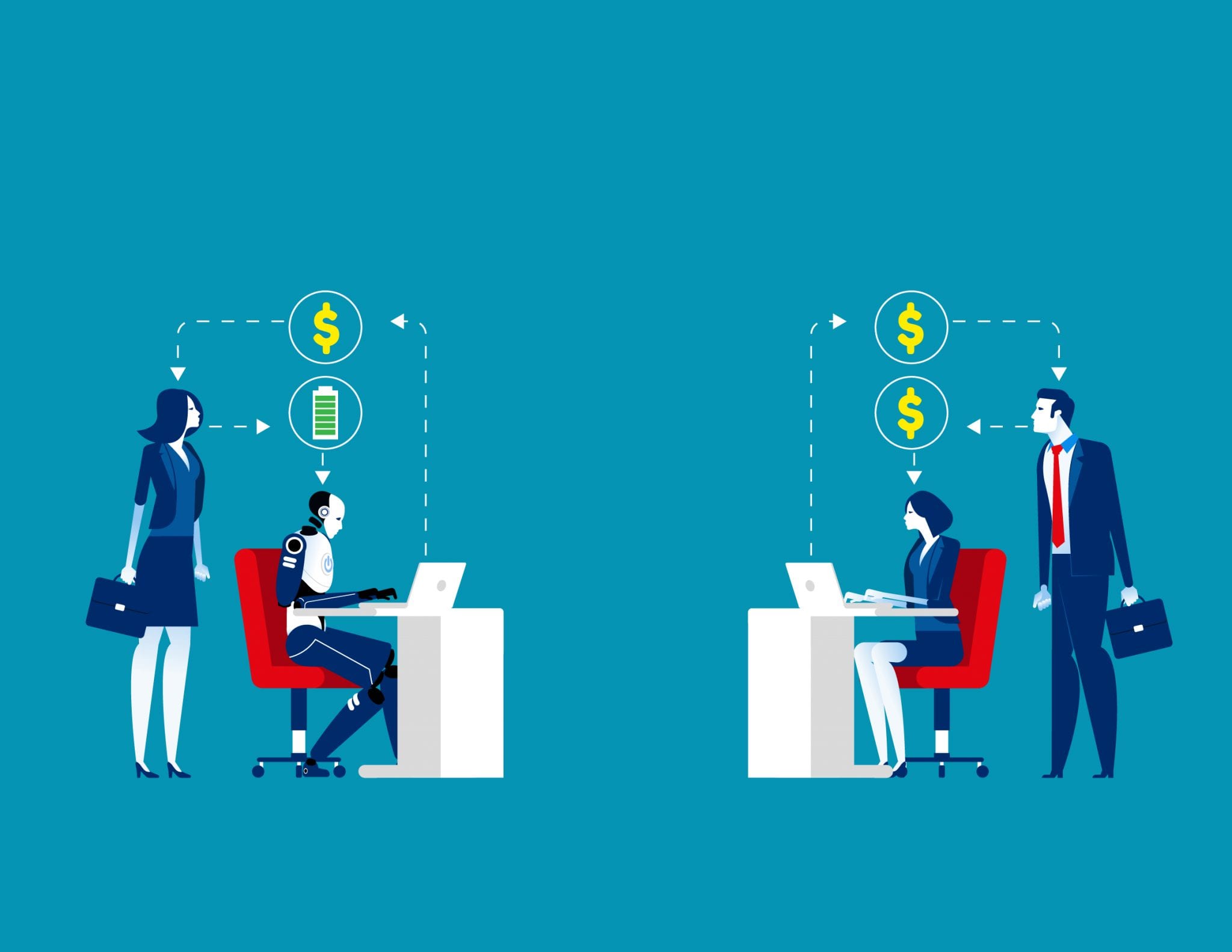 Two big tech stories broke today. One indicts Google. One indicts Amazon. Both stories paint pictures of disinterested behemoths rampaging over truth and decency in the pursuit of the almighty dollar and twisted ideological ends. Their callous disregard for their customers is astonishing. As conservatives and content creators have come to expect, they end up being abused by the tech giants most.

First, Project Veritas. Project Veritas is the investigative organization started by James O’Keefe and helped along by the late Andrew Breitbart. James has broken multiple dramatic stories recently, but his Google story is the most concerning yet — if only because the pervasive implications and sheer massive influence of Google.

Working undercover, the Veritas journalist exposes the Head of Responsible Innovation for Google, Jen Gennai. Even her title is Orwellian. Gennai decried the results of the 2016 election, and so Google decided to change their Artificial Intelligence algorithm, which determines what a reader might be interested in reading or, in the case of YouTube, watching.

What that means is this: If an American Spectator reader searched for the website and also a conservative-leaning topic, the algorithm wouldn’t show topics like The American Spectator like it might for someone who looked up The New Republic. Rather, it programs its AI to search for more “correct” points of view from “credible” sources. Progressive sources are “fair” and “credible.” Conservatives sources are suspect.

Veritas gives the search example below: 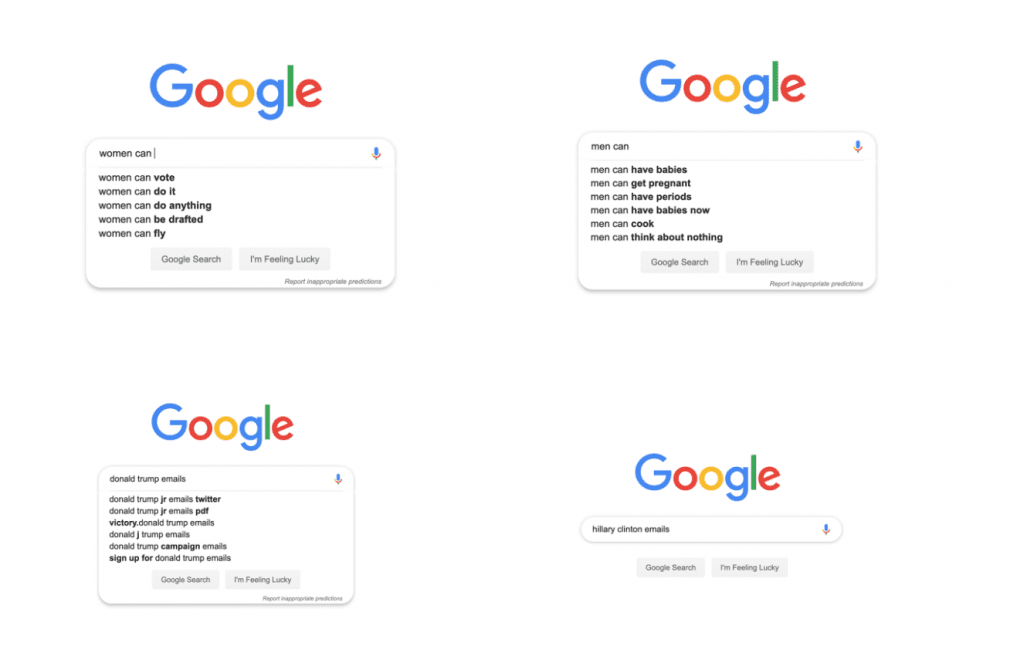 This filtering goes one way. The Google insider who leaked to Project Veritas said this:

They’re going to redefine a reality based on what they think is fair and based upon what they want, and what and is part of their agenda.

In the new Orwellian world Google is creating, their Artificial Intelligence algorithm is being programmed by humans to change the wrong-think of people who voted for Trump — people with whom the Googlers disagree.

The problem, here, is that anyone using Google believes he is receiving unbiased, automated search results based on the subject he is searching.

It isn’t true. Every Google search is manipulated by the humans who created the AI that crawls the internet for information. The biased search results then bias the person doing the searching, manipulating him into a point of view — the point of view that the Google team believes is fair based on his or her progressive definition.

It’s not just Google who manipulates its consumers. Today, The New York Times (itself a filtration system for what its editors deem is news and certainly ideologically bent to portray information in a way pleasing to progressives) reports that Amazon consistently and knowingly publishes knock-off books, depriving authors of their royalties and customers of a valid, real product.

From The New York Times:

Amazon takes a hands-off approach to what goes on in its bookstore, never checking the authenticity, much less the quality, of what it sells. It does not oversee the sellers who have flocked to its site in any organized way.

That has resulted in a kind of lawlessness. Publishers, writers and groups such as the Authors Guild said counterfeiting of books on Amazon had surged. The company has been reactive rather than proactive in dealing with the issue, they said, often taking action only when a buyer complains. Many times, they added, there is nowhere to appeal and their only recourse is to integrate even more closely with Amazon.

In both cases, huge companies with vast amounts of money and influence defraud their consumers. Both companies lie to their users, and the users are kept in the dark at all stages of the process.

Furthermore, there’s no way to adequately offer feedback or demand changes. Content creators like Jordan Peterson, Tim Poole, and The American Spectator are stuck. Their content is filtered out, ignored, demonetized, and diminished. And it’s all done with an algorithm that systematically disappears the content.

At Amazon, authors and producers of consumer goods, are frustrated that their work is copied and sold, undermining their income. Booksellers are afraid to disengage with Amazon because Amazon owns the market. The solution may be to buy books from responsible booksellers (maybe Barnes-n-Noble will have a comeback?) or directly from their own website.

What’s a free-marketer to do? Well, in the case of search, use fairer search engines like DuckDuckGo. There is even a Chrome extension (Chrome is a Google product). In the case of knock-off books, that’s more difficult. Not everyone has a local Barnes-n-Noble anymore and even fewer people have local bookstores. Buying on the author’s own website might help. Sending back a knock-off book to Amazon would also cost them money and might get their attention.

The arrogance of the companies is summed up in Google’s Gennai’s noting that Google just doesn’t show up to Congressional hearings because “we’re not going to change.”

Both companies are lying to their customers about their product. At some point, the consumer’s right to the true product needs to be protected. No other business would be able to get away with what these fraudsters routinely do as part of their central business. Furthermore, even the worst companies have some form of customer service. Google and Amazon act as though they owe no one an explanation.

While waiting for competing and more nimble companies to provide a better product and take business from these manipulative tech overlords, maybe it’s time for the government to cause them some punitive pain for the pain they’re inflicting on their consumers.