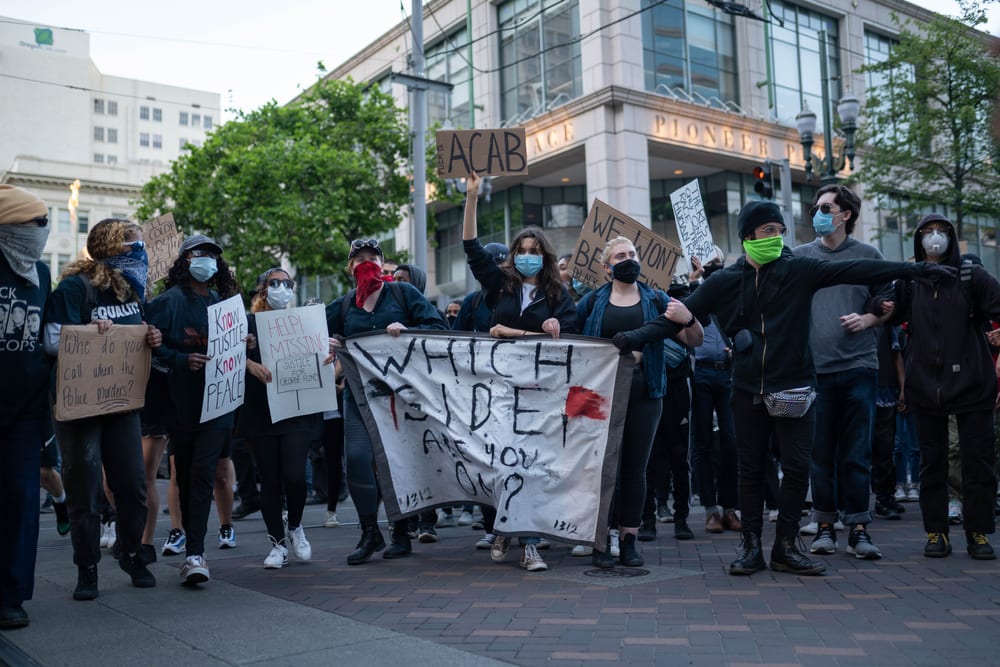 The two great American crises of the year, coronavirus and race-focused lawlessness, crossed streams this week to produce an impeccable example of state-endorsed social justice insanity. The Public Health Office of Lincoln County, Oregon, fearing an uptick in COVID-19 cases as lockdowns eased, decided to introduce a mandatory mask rule for all indoor public settings. One small detail stood out: citing potential “heightened concerns about racial profiling and harassment due to wearing face coverings in public,” the directive declared that the mandatory rule would in fact be completely optional for “people of color.”

National attention and national mockery ensued. The directive was an incredible crystallization of the inexplicable double standard of the George Floyd riots: coronavirus will kill us all and we need everyone to cooperate to beat it, unless you happen to be a person of color with some racial grievance (or an ally of same), in which case you can run around sneezing on people for all we care.

Just to be clear, there was no way to justify this selective exemption on scientific grounds. Social distancing and masks barely work as halfway measures; only a small proportion of a population needs to “cheat” for effectiveness to plummet (see this video for a visualization of this principle). The exemption was therefore nothing more and nothing less than putting politics of the worst kind ahead of common sense and basic scientific coherence.

It was also beyond the mandate of the Public Health Office and deeply racially inflammatory. But that much is obvious.

Facing the enormous backlash, the Lincoln County Board of Commissioners decided to issue a revised directive today with the bullet point about race removed. Accompanying the change is a statement about the controversy they had caused. Remarkably, the county commissioners try to double down while backpedalling, insisting that their virtuous intentions have been subverted by unspecified “horrifically racist commentary.” Responding to concerns that draconian public mandates are being so selectively enforced, Lincoln County’s administrators ask their constituents to “think less about the possibility of your rights being violated” and instead focus on thinking about racism instead. Perfect.

These woke bureaucrats clearly haven’t learned a thing. They’ll be back, and a whole lot more vicious and smug the next time. That much can be counted on. Just for today, though, they’ve overplayed their hand.