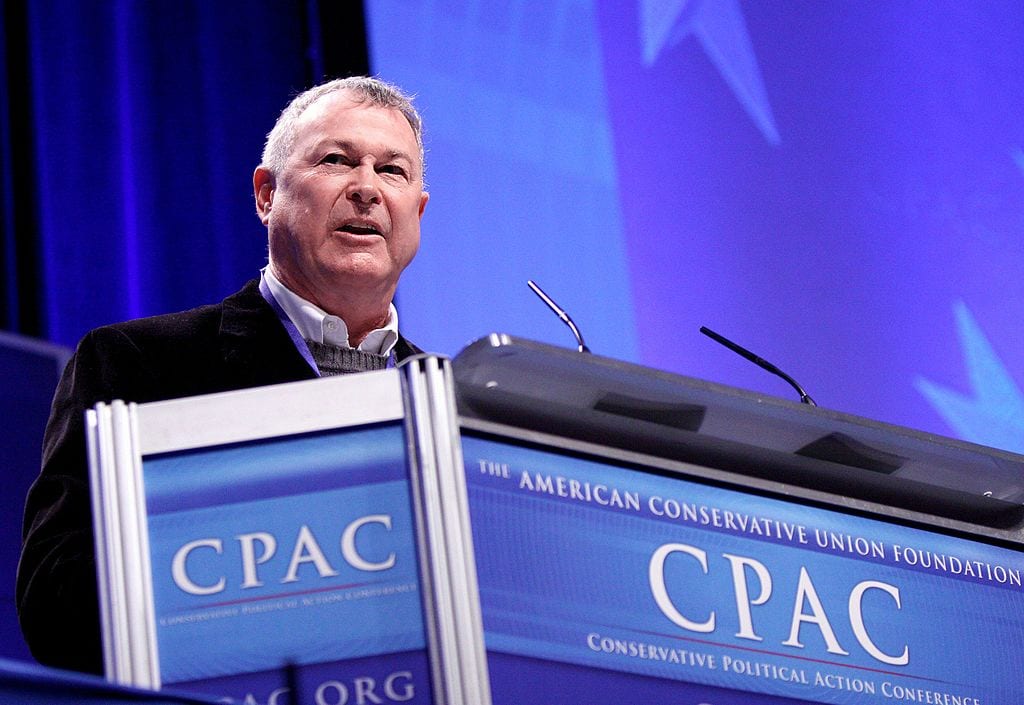 Conservatives are still arguing over the size of the blue wave — or was it just a large ripple? — that moved across the country. But it clearly turned into a tsunami as it crashed across California and changed deep-red Orange County into a sea of blue. It’s been widely (and often gleefully) reported that every one of the seven congressional seats covering the county will now be represented by a Democrat. But it gets worse as the final, slow-moving vote counts oust Republican Assemblyman Matt Harper and, possibly, Republican state Sen. Janet Nguyen. Democrat Doug Chaffee also has a tiny lead in a race for the traditionally Republican board of supervisors.

OC Republicans will have diminished clout in Washington, D.C., Sacramento and even at the county level in Santa Ana, but the real issue is symbolic. This is Reagan country. When I moved to Fullerton in 1998, to become editorial writer and columnist for the Orange County Register (a job now-deposed Republican Rep. Dana Rohrabacher also held in his early career), Democrats had already made some inroads there amid the county’s population growth and changing demographics, but almost all the powerful positions were held by Republicans. The party and conservative ideology set the terms of debate. The worst thing to be tagged was a tax-raiser or union ally.

Twenty years ago, those few successful Democrats, such as former state lawmaker (and now congressman) Lou Correa and ex-Congresswoman Loretta Sanchez, represented heavily Latino and urbanized districts. They both were masters of retail politics. I met with Correa when he was holding court in a diner in downtown Santa Ana, and everyone from busboys to prominent business people would come by and chat. I was at an event after he won a supervisorial race and was introduced as the new Latino county supervisor. He responded by reminding the crowd that he represents all the residents of the fourth district. Despite her largely liberal voting record, Sanchez felt compelled to present herself as a moderate, “blue dog” Democrat.

In other words, successful Democrats managed to operate within a framework where Republicans held the power and set the agenda and where the electorate — even in the most urbanized regions — was fairly conservative. On election days, even prominent Democrats would be seen at the GOP’s election-results bash at some Newport Beach or Irvine hotel, which I found strangely symbolic. Some Democrats managed to win and maintain power in GOP strongholds but they were aberrations. At the city level, virtually everyone was a Republican, so council races usually focused on the real Republican vs. the RINO (Republican In Name Only).

Since then, the county had steadily changed. I keep hearing Republicans refer to OC’s “demographic” changes as the reason for the latest Republican rout. But the county’s large Vietnamese population has been a reliably GOP voting bloc. Over the years, OC Republicans have managed to remain competitive in increasingly diverse districts. The new demographics are as much about age and economics as ethnicity — and offer a precursor to changes taking place in growing parts of the country.

In explaining the recent losses, Shawn Steel, a Republican National Committeeman from Orange County, pointed to the massive amount of money that national liberal groups dumped into the county and the Democrats’ well-funded organization, registration, mobilization, and data-collection operations. He also noted the outmigration of GOP-oriented voters to other states. Steel’s points are accurate enough, but Democrats targeted OC with such efforts because those seats were viewed as ripe for the picking because of the unpopularity of a president who nationalized the races.

All of these seats flipped by slim margins, which suggests that Republicans are a long way from being out of the running in the county. They certainly can be flipped back provided that Republicans glean the right lessons. Unfortunately, most Republicans are so eager to defend the president from the suggestion that he drove voters into Democrats’ arms that they ignore reality: Orange County is like many growing, diverse, suburban counties. A politics that focuses purely on energizing Trump’s white-working class base is not going to play well in affluent and diverse metropolitan counties.

The choice shouldn’t be between appealing to Kokomo or Huntington Beach. The question is how can Republicans appeal to both constituencies. Midterm polling data reinforces Republican vulnerability in suburban areas that had previously been Republican strongholds. Orange County’s shift has become such a national story because of its historical role as the preeminent example of such a place. Pretending otherwise by making unsubstantiated allegations of voter fraud or blaming liberal billionaires who dumped money in the election will make it less likely that Republicans will craft a strategy for winning back OC and places like it. As my former colleague Anthony Pignataro pointed out, the county hasn’t really turned blue. It has turned purple and Republicans still hold a slight registration advantage.

“What to do next” is the subject for a separate column. But OC suffered from many of the same problems found in other one-party locations — a lack of political competition over many years, the constant re-election of ossified lawmakers, the failure of the party to stay energized and organized, and a refusal to recognize the economic and demographic changes that have transformed the region. The latter meant that GOP politicians have been slow to hone a conservative message that resonates for a new audience. In other words, OC isn’t permanently lost to Republicans, although it could be if they refuse to engage in some serious self-reflection.

Steven Greenhut is a Sacramento-based writer. Write to him at sgreenhut@rstreet.org.