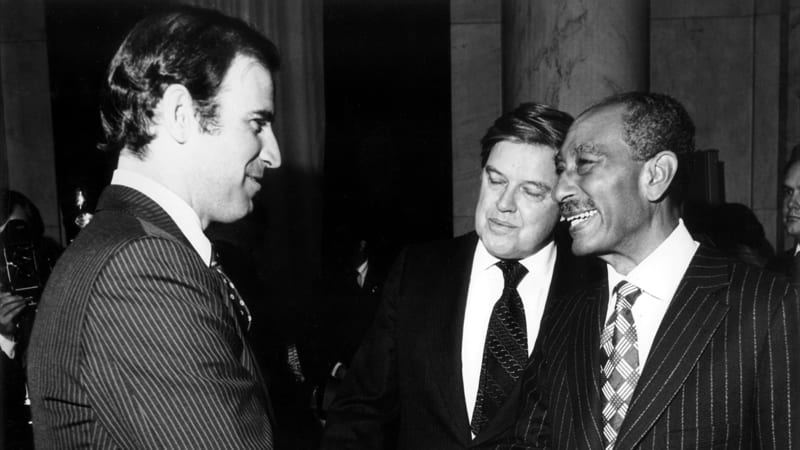 An earlier essay on today’s dueling accusations of government-sponsored opposition research described past examples of the practice, including how members of the Watergate Special Prosecution Force (WSPF) had assembled investigatory files on all potential GOP presidential candidates going into the 1976 election: John Connally, Gerald Ford, Nelson Rockefeller, Robert Dole, and even Ronald Reagan. I concluded by asking if such abuse of process stretched back even further.

Today’s essay answers that question by citing a multitude of examples from the 1960s, each lovingly documented by FBI testimony before the Church Committee.

Some background on the Church Committee is in order. Its creation on January 27, 1975, as the Senate Select Committee to Study Governmental Operations with Respect to Intelligence Activities, followed conviction of the Watergate cover-up defendants by just four weeks. Like several other Watergate-reform initiatives — including campaign reform legislation that crippled both national parties (the DNC and the RNC) and the independent prosecutor statute that led to 19 such “independent” investigations before being allowed to expire — investigations by the Church Committee revealed far, far more than was expected, or perhaps even desired, by most people.

Here’s what happened: By the beginning of 1975, both organizations lacked the obstinate leadership of prior decades. The FBI’s longtime director, J. Edgar Hoover, had passed away in 1971, and the CIA’s longtime director, Richard Helms, had left the agency to become our ambassador to Iran in 1973. Their respective replacements chose to respond — fully and forthrightly — to the Church Committee’s documentary demands.

As I understand it, Jim Schlesinger, upon arriving at the CIA in 1973, had ordered an inventory of possibly embarrassing activities, which were compiled into a summary known as “the family jewels.” When he left to become secretary of defense, his successor, William Colby, chose to share those former secret operations with the Church Committee. Frank Church (D-Idaho) had never chaired a major committee before, but he eagerly sought this job, since he saw it as providing a nice springboard for his planned 1976 run for the presidency. Members of the Ervin Committee had become nationally prominent as a result of their Watergate hearings. Why not the same benefit to Frank Church from his committee’s hearings?

The incoming Ford administration was more than willing to adopt reforms designed to prevent this sort of adventurism in the future from intelligence agencies, but Sen. Church wanted headlines instead of quiet reforms. He was particularly eager to explore and expose assassination initiatives with regard to foreign leaders — including Cuba’s Fidel Castro and Congo’s Patrice Lumumba. His hearings were a disaster for the CIA and led to restraints on intelligence sharing between them and the FBI, which some believe resulted in intelligence failures that led to 9/11.

While Sen. Church himself was totally uninterested, the results on the domestic side were hardly less dramatic. Of particular relevance to our topic is the sworn testimony from two FBI agents: Courtney Evans, liaison agent to Kennedy’s White House, and Cartha “Deke” DeLoach, liaison to the Johnson’s.

Here is their full testimony. It’s over 30 pages long and a tad tedious to read, but its revelations paint a scary picture of how the FBI had willingly, almost eagerly, undertaken opposition research in the 1960s. For example:

In a way, you have to sympathize with Deke DeLoach. Each time his response was an inability to recall specific facts, the committee members or their staff would direct his attention to memos confirming exactly what was charged. DeLoach was left to claim limply that he couldn’t recall any other such similar incidents. Yet their questioning indicated that they had shown DeLoach over 700 worrisome documents of past FBI actions.

Hoover, these hearings confirmed, kept files in every single member of Congress and on many prominent state leaders. These files, typically maintained for the purpose of knowing who were the bureau’s friends and who were its enemies, were available for use by the Johnson White House upon request by any one of three of his senior aides.

It certainly puts some of today’s accusations seem almost petty by comparison.

It also should be noted that the Church Committee’s internal files exist, even today, in a legal never-never land: They are possessed and preserved by the National Archives, but under the direction and control of the U.S. Congress. Unlike other investigatory files — such as those from the Warren Commission or the Watergate Special Prosecution Force — they are not subject to FOIA demands. Nor, like the internal records of the Senate Ervin Committee and the House Judiciary Committee’s impeachment inquiry, are they scheduled to be released after 50 years.

No, the Church Committee internal files are not scheduled for any public release — now via FOIA requests or at any point in the future. Given what else they might contain, perhaps that is all for the best.