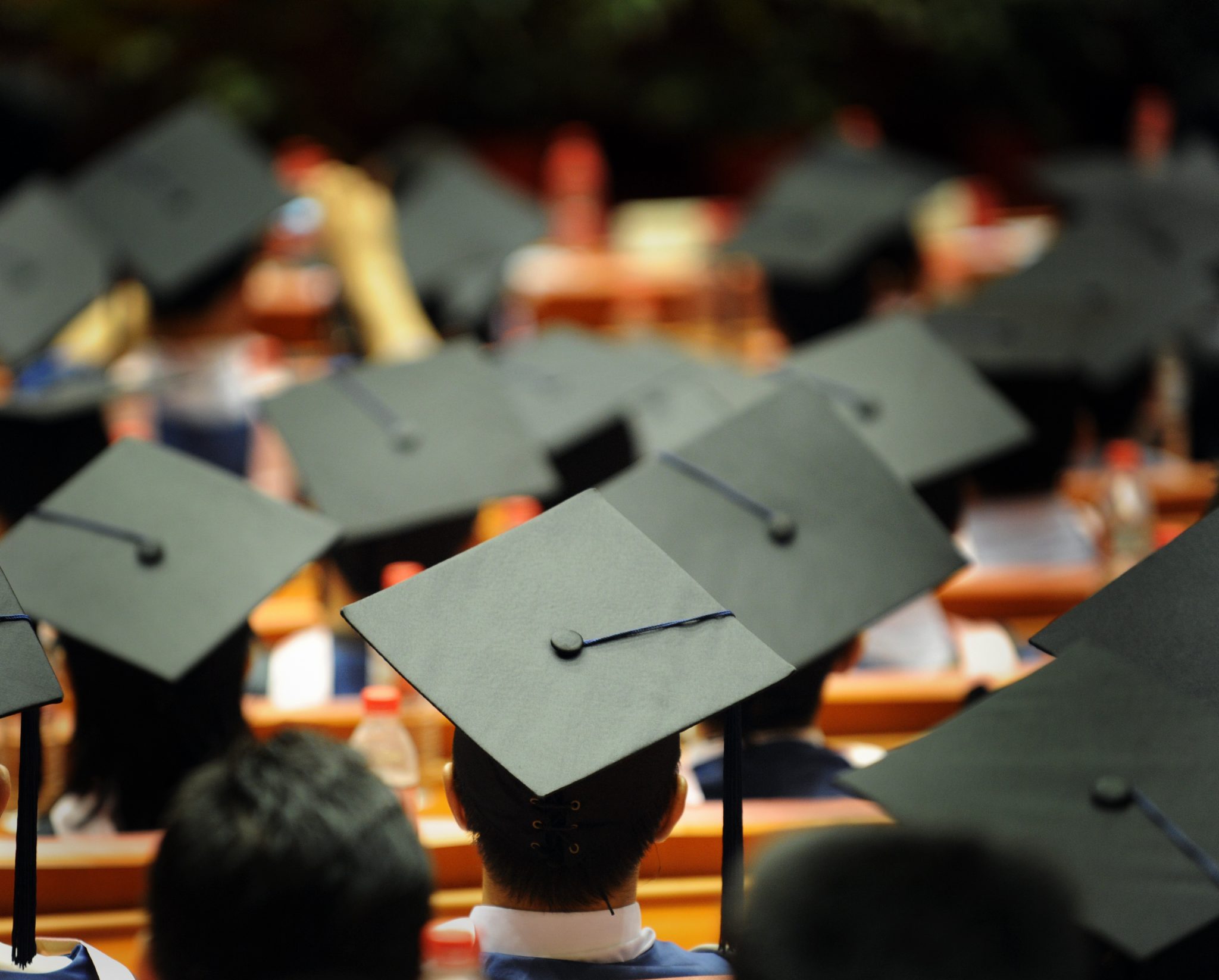 Nearly every graduation speaker tells the graduates that they are going to change the country profoundly and irrevocably. Don’t worry, you won’t.

For the most part, that’s a good thing. While America is not without its policies that cry for change, there is much that is good about America that has become impolitic to speak about — especially at graduations.

There is no perfect economic system. Capitalism is not evil; crony capitalism is.

For the last four years, you haven’t had a course in civics, but you did have a course in social studies taught by people who believe that America is a racist, sexist, homophobic society that possesses a fascist political culture.

Many generations have a revolution fantasy. I saw the barriers go up in Seattle and thought of Berkeley’s Telegraph Avenue in the 1960s.

So, think a moment. Did any of these teachers get fired for such words? Did they go home looking over their shoulders, worried about whether the secret police were going to knock on their door? Did they contemplate making a dangerous journey and trying to sneak into Mexico or Canada?

You see, in a real fascist culture, you cannot criticize the regime and stay out of prison or stay alive.

Your generation thinks you have discovered the evils of racism and discrimination and that both are uniquely Western institutions.

Let me burst your bubble. There are few societies, if any, that have not practiced slavery, and more white people have been enslaved by North Africans than Africans by white people.

In 1785, Thomas Jefferson and John Adams negotiated with Tripoli’s envoy to London, Ambassador Sidi Haji Abdrahaman, over the enslavement of Americans. They asked Abdrahaman what right he had to seize slaves. He replied that his right was “founded on the Laws of the Prophet, that it was written in their Koran.”

But if your teachers were to teach about that — assuming they would want to — political outrage and cries of Islamophobia would ensue, and they would be cowed into submission.

Two African kings, Tegesibu of Dahomey and Alvarez of the Congo, numbered among the richest men in the world in the early 18th century. Their wealth came from providing slaves to the Portuguese.

Slavery is evil in all its manifestations, whether the horror of the Middle Passage, the North African slave raids on Italy, or the Ottoman forays into the Slavic countries. The word itself comes from the Muslims of Andalusia (Spain) taking slaves from among Eastern European Slavic peoples.

And while your generation is marching, protesting, and calling for revolution because of the remnants of racism in this society, you need to be reminded that black chattel slavery, in all its ugly forms, is still alive and well in Libya in the 21st century.

So, when you say that racism and slavery are uniquely Western institutions, you are not simply wrong, you are pathetically ignorant.

Many generations have a revolution fantasy. I saw the barriers go up in Seattle and thought of Berkeley’s Telegraph Avenue in the 1960s.

When people from my generation went to Cuba under the auspices of the Venceremos Brigade and sat around the campfires talking to the heroes of the revolution about urban guerrilla warfare in America, the veterans of the campaign against Fulgencio Batista laughed.

Your Paris commune fantasy in Seattle, like the Weatherman Days of Rage of the 1960s, inflicted pain, suffering, and death, but it was not the route to change.

These puerile and egotistical ideas of revolution will mobilize the great silent majority who abhor Black Lives Matter but are too intimidated to speak out against an organization rooted in racism and anti-Semitism.

You see, Class of 2020, the most important political concept is legitimacy.

For all its flaws, the American system is viewed as not only legitimate, but one that also offers a nonviolent means to change.

So when you block the emergency room of the local hospital and then justify it by saying white people have blocked black people for 400 years, you are destroying your own legitimacy with a rationale that is as stupid as it is reprehensible.

Don’t be swayed by what you see on TV about marches or hear from woke business leaders trying to do damage control or cash in on the symbolism of Black Lives Matter.

The word “revolution” means to return back to the point of origin. After the French Revolution and decades of war and upheaval, the monarchy passed from Louis XVI to Louis XVIII and then to Charles X. Or, as the French might say, plus ça change, plus c’est la même chose.

The Russians would say that communism is the longest road from capitalism back to capitalism.

If you want to change the system, join the system, because in America, revolution — like urban guerrilla warfare — is a childish fantasy.

America has flaws, but it is still a strong, legitimate democracy with a vital political center that has always abhorred violence as a political instrument.

Be grateful for what you have and embrace a system that offers opportunities for change.

If you were taught that revolution is the way to change the system, you need to contact the bursar’s office and demand a refund for a meaningless education.