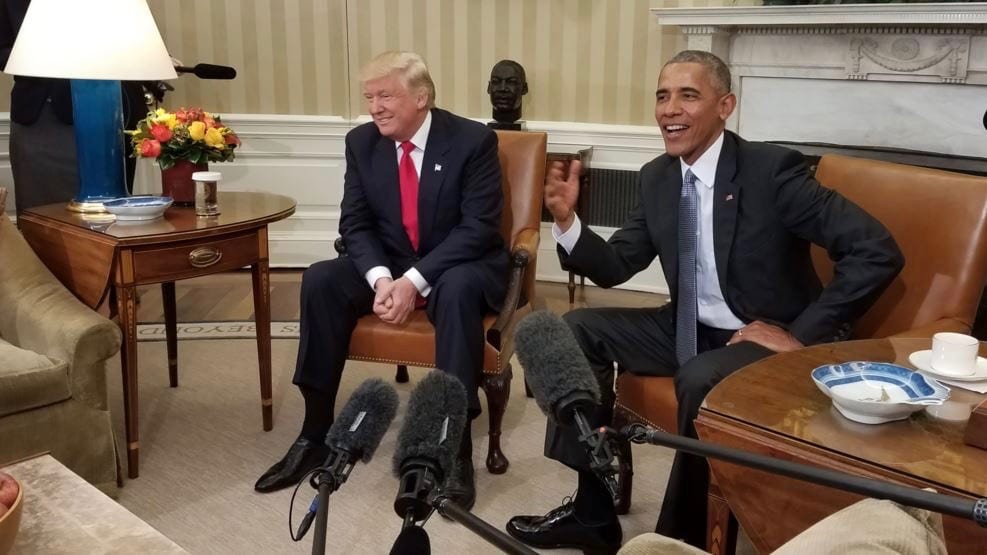 William Casey was my lawyer. One day I came into my office and found a large man sitting on my desk. I greeted him amiably, and he greeted me amiably. Yet, he was still siting on my desk. At some point in our meeting we settled into a more conventional seating arrangement, and Bill began to tell me about the world as he analyzed it at the time, the late 1970s. I then made two decisions. If Bill agreed to be my lawyer I could take on anyone. What is more, he knew prodigious amounts about the world. He had brought charts and maps. He would be my foreign policy advisor.

I have been thinking about Bill quite a lot recently. He went on to become President Ronald Reagan’s head of the CIA. He proved to be an even finer spook than he was a lawyer. But, after all, he got his start in the World War II Office of Strategic Services (OSS), the CIA’s predecessor. By the mid-1980s he was traveling all over the globe, and the Democrats were abominating him. Yet, he did help his pal Ron win the Cold War, peacefully. Democrats such as Speaker of the House Tip O’Neill called him the most “political” CIA director America had ever endured. Yes, but still he helped win the Cold War without firing a shot.

A little over a year ago America retired President Barack Obama’s foreign policy team, featuring the likes of John Brennan at CIA, James Clapper as head of the National Security Agency, Samantha Power at the United Nations, and there was also James Comey at the FBI. He was not exactly on Obama’s foreign policy team, but if I have read his book correctly he loomed over practically everything our government did. He reported directly to the Almighty.

Bill Casey rarely swore or spoke intemperately, but have you been listening to what Obama’s intelligence community has been saying about President Trump? President Jimmy Carter and dozens of other Democrats blasted Bill, but he remained… the word is dignified. It is rarely used in Washington today. Democrats claim they are only reacting to our free-spirited celebrity president. But Donald Trump is occasionally humorous and in a quiet moment might admit a tweet or two went over the top. Not so Brennan, Clapper, Power, or the saintly Comey, to mention but a few of Obama’s people. They are called upon by a higher authority to inveigh against President Trump and anyone else who rouses their wrath.

Brennan, using Twitter, has called the present administration a “Kakistocracy” that has taken us on a “lamentable journey.” In another tweet he accuses the President of “venality, moral turpitude, and political corruption” that will put the “disgraced demagogue in the dustbin of history,” there to reside with the man Brennan once voted for in a presidential election, Gus Hall, the Communist. Incidentally, no other CIA Director ever voted for a Communist.

Obama’s veterans are all beginning to sound like this hysterical successor to Bill Casey. Clapper: “I really question … his [Trump’s] fitness to be in this office.” Power’s: it is “not a good idea to p— off John Brennan.” Comey in his new book, A Higher Loyalty: “As I found myself thrust into the Trump orbit, I once again was having flashbacks to my earlier career as a prosecutor against the Mob.” I suppose I could go on with the intemperate denunciations of the President by the hysterics on Obama’s foreign policy team, but let me stop here and only point out that last week Andrew McCabe, Obama’s second-in-command of the FBI, was cited by Inspector General Michael Horowitz for allegedly lying under oath.

As I have been reporting for several weeks, the Obama White House and members of its intelligence team are being investigated for having committed serious crimes. Arguably by this time next year all the allegations about President Trump colluding with the Russians will look like so many fantasies in comparison with the crimes that are being unearthed.

How has America arrived at such a state with its elites in the Democratic Party and the media in such jeopardy? They all lost their cover when Hillary lost the election. How extensive was their confidence that Hillary was going to win? In his interview with George Stephanopoulos — another ex-Clinton aide — Comey states that he felt confident to reopen his investigation of her emails less than two weeks before the election because “I was operating in a world where Hillary Clinton was going to beat Donald Trump.” When she lost, all of the elites’ scheming and blundering was exposed.

Official Washington has been scheming and covering up its schemes for a very long time. The scholar Paul Kengor has research going back to 1983 showing the caitiff Senator Edward Kennedy colluding with the Soviets to wrest the 1984 election from President Reagan. Kengor has also published evidence of the caitiff Kennedy colluding with the Soviets against President Carter in 1980. The media has never published a word of Kengor’s research.

Has the time now come for Official Washington to be held accountable?