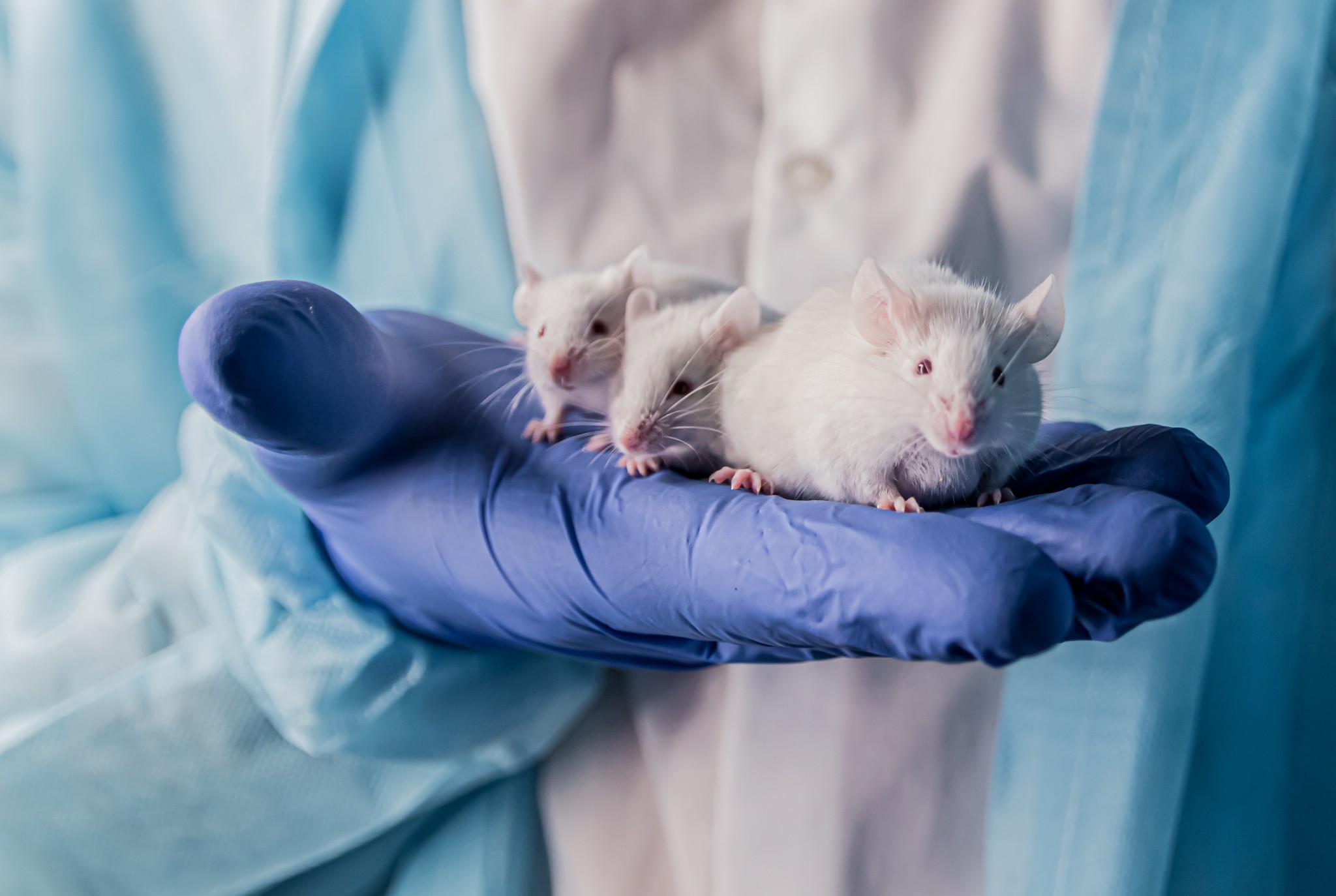 As of this week, the Food and Drug Administration no longer requires all drugs to be tested on animals before human trials. Judging from some of my recent articles blasting the agency for approving drugs with little or no evidence of efficacy, you might think I’d be opposed to this. Isn’t this just another sop to Big Pharma, allowing those companies to pump out more high-priced junk with lower development costs?

First, it helps somewhat to know this wasn’t FDA rule-making but rather the result of legislation. Helps. Problem is that our legislators are to a great extent in the pocket of Big Pharma.

And although the legislation was pushed by animal-rights activists, my concern isn’t ethics but efficacy. The last mouse I shed a tear for was Algernon. (Reference to the short story and, later, novel and film Flowers for Algernon.) And, granted, Michael Jackson had a huge hit with an ode to a rat.

Historically, we have used animals (and insects and worms) to pre-test drugs and therapies based on the false premise that they’re fairly accurate predictors for humans. They’re just not.

We’ve known for a long time that mice aren’t little men but have kept the protocol, perhaps out of inertia and lack of anything better.

“If we were all mice, Alzheimer’s disease, cancer, diabetes, and most inherited disorders would be a thing of the past,” wrote a Harvard University blogger recently. “We could nibble on as much cheese as we wanted without fear of heart disease and run around our favorite wheel for hours on end without knee pain because all these ailments have been cured in mice. Unfortunately, we are not mice, and most of these cures fail miserably in humans.”

“No animal model is valid for another species,” said Claude Reiss, former president of Antidote Europe and former research director at the French National Centre for Scientific Research (CNRS). “We are not 70-kilo (150-pound) rats!” (We probably all know exceptions to that assertion, but point made.)

Animal-rights activists claim that in terms of leading to drugs and treatments, testing on animals has about a 90 percent failure rate. Of course, they’re monkeying with the figures, right?

No, that’s correct, says a rebuttal that isn’t much of one. But, “a 10% success rate in biomedical research is still producing a remarkable number of long-term benefits and life-saving treatments for human patients,” it claims. Hmm, not particularly convincing. Especially given the costs. “[M]edian capitalized research and development investment to bring a new drug to market was estimated at $985.3 million,” according to a recent analysis published in the Journal of the American Medical Association (JAMA). And, of course, the overwhelming majority of that is spent on that 90 percent of failures. (Yes, you can find much higher figures, but they often have fingerprints from Big Pharma.)

We’ve known for a long time that mice aren’t little men but have kept the protocol, perhaps out of inertia and lack of anything better. It just somehow seems wrong to start on humans. Besides, the sometimes-obnoxious animal-rights group People for the Ethical Treatment of Animals (PETA) has long pushed this position. There is that temptation to say that if PETA’s for something, we should be against it, isn’t there? Yeah, admit it!

Now, here’s where it gets really muddy and spooky. Logically, we can’t have data for what might have worked on humans but was never even tried because it failed on animals.

Failures also cripple and kill. One oft-given example is thalidomide. Forget that. Turns out even the thalidomide animal testing was poor. A better example, and one within memory, is that 80 million “prescriptions were written for th[e] anti-inflammatory drug” Vioxx, which appears to cause less stomach bleeding than other pain relievers, “between 1999 when the FDA approved it, and 2004 when it was voluntarily withdrawn by its manufacturer, Merck.” Merck ultimately paid out almost 1 billion dollars to alleged sufferers. The drug “had tested safe in at least eight studies in African green monkeys and five other animal species,” but “it later killed an estimated 60,000 Americans and 140,000 worldwide from heart attacks and other adverse cardiovascular events.”

The nice point here is that monkey testing is certainly regarded as more accurate than rodent testing, although it’s relatively rare because the purchase and maintenance price of monkeys is so high.

Obviously, we’re not going to have much information on animal tests that killed off good human treatments, but there is evidence. Want to kill Rover or Spot? Give it the same dose per weight of the ibuprofen humans take daily for arthritis or other pains. Dog gone! Conversely, when my first cat developed a mental disorder that made her suddenly attack and turned me into shredded wheat, she was treated with human doses of clomipramine. She weighed only 8 pounds.

Tamoxifen was something of a miracle when introduced 40 years ago for breast-cancer treatment and remains a mainstay for a genetic subset of sufferers. But it was later found to be a powerful cause of liver cancer in rats. Had the rat testing come first…

And, while this isn’t a medicinal application, you may be old enough to remember when the artificial sweetener saccharin was almost banned, then — under protest — labeled as a carcinogen, and then had the label removed. Turns out the mechanism by which it causes bladder cancer in rats simply doesn’t apply to humans.

How about animals that have been genetically modified to react to diseases and potential treatments more like humans, so-called humanized mice? This process goes back to 2002 and has “since become a widely used model.” There’s reason to think that for some diseases they are indeed superior.

But consider that if these are miracle mice, why are there so many diseases on which we have made essentially no progress (such as ALS, as I wrote recently in these pages)? Ultimately, a mouse is still a rodent, while humans are simians. Even that alleged genetic closeness to the chimpanzee (96 percent to 99 percent, depending on how it is measured) doesn’t make those apes really good test subjects. Consider that the 1 percent to 3 percent is enough to make them look and act so differently than us. Why would a “humanized mouse” be any different?

The new law doesn’t ban animal testing (as PETA would like) but rather merely eliminates it as a requirement.

So, how will we proceed without those animals?

Well, looking down the road a bit, all drug development and other areas of medicine will be replaced by computers. We’ll insert various human genomes, the pathogen or whatever, and then potential treatments. Consider that we have been completely simulating nuclear explosions in computers since around 1992, just a few years before even underground testing was banned. No, not entirely accurately at first, when the fastest computers were no more powerful than an early model iPhone. (Nor could they be used while sitting on the toilet.)

Timing for this age of miracles? When Captain Kirk and crew are zooming across the galaxy? No. My prediction is less than 10 years. First, binary supercomputers are on the path to being at least 2,000 times faster within a decade. Moore’s Law is irrelevant and, in any case, only referred to transistors, not overall performance. We may well outstrip that 18–24 month Moore’s Law doubling time. Second, we should have photonic chips. Those transmit information with light instead of electrons, and they have the potential to be 1,000 times faster than silicone transistors. Maybe more, with tweaking.

So, it’s quite possible that binary supercomputers will be over 2 million times faster than today’s supercomputers. Now add that artificial intelligence (the subject of almost hysterical reporting of late because of its ability to generate both texts and images) is advancing much faster than would be expected by increases in computing power. Then add in quantum computing, which will probably be able to solve some problems trillions of times faster than binary computers. I expect commercialized quantum computing with abilities excelling binary computers (not at the trillion-times-faster level) in less than 10 years. Some say in just 3–5 years. Already we have some very rudimentary use of computers in this way.

AI is already doing a lot more than generating term papers and either fantastic images or incredibly realistic ones. “Within drug-companies focused on AI-based discovery there is publicly available information on about 160 discovery programs, of which 15 products are reportedly in clinical development,” according to a September 2022 report from the American Chemical Society.

A Morgan Stanley report that same month emphasized the possibility for reducing expenditures, saying, “[A] 20% to 40% reduction in costs for preclinical development across a subset of U.S. biotech companies could generate the cost savings needed to fund the successful development of four to eight novel molecules.”

And because animals are such poor surrogates for humans, you don’t need future computers to provide better analytics. That’s because the lower your competitive baseline, the easier it is to beat. Four years ago, we were already seeing computer simulations apparently out-performing animals. A 2018 article in Scientific American concluded, “Computer simulations are a faster, cheaper and effective alternative to animal experiments—and they will soon play an important role in the early stages of drug development.

“We are getting to the point that computer models of certain diseases can generate better predictions than animal models,” said David Harel, CEO of CytoReason, in Tel Aviv, Israel. Computer models are or soon will be “faster, cheaper, and more accurate.”

We also have something called “organs on a chip,” which mimic the functions of a specific organ or tissue in the body. Typically made of clear, flexible materials, they are about the size of a USB memory stick. In addition to drug discovery, organ chips can be used to study the effects of drugs, toxins, and other agents on a human organ or tissue, as well as to understand the underlying mechanisms of disease. Lungs, hearts, livers, intestines — they do it.

It’s an exciting new world out there, and Mickey Mouse and Rizzo the Rat are going to be put out to pasture. Sure, PETA is delighted. But that doesn’t mean we shouldn’t be, too.

Michael Fumento (mfumento@outlook.com) has been an attorney, author, and science journalist for over 35 years. His work has appeared in the New York Times, the Washington Post, the Sunday Times, the Atlantic, and many other fora.