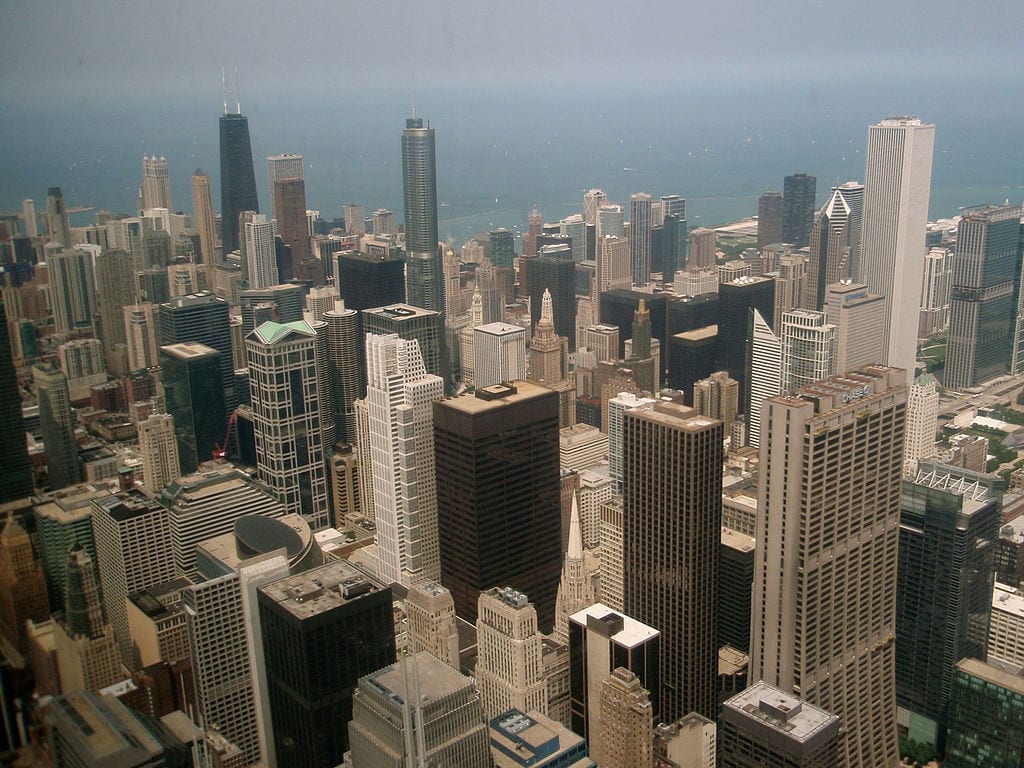 I was saddened to read that that Sears Holdings (owner of Sears and Kmart) is on life support and may not survive. That’s what the company itself admitted in its annual report earlier this year in which it bluntly declared there is “substantial doubt” that it will be able to continue operations. Today, industry analysts say bankruptcy may be just days away. If so, it’s been a long lingering death spiral for the former retail giant. Going out, not with a bang, but with a sad whimper.

Sears was at one point America’s largest retailer and its largest employer. But its decline goes back decades, well before the growth of online shopping that threatens traditional brick-and-mortar retailers today.

Sears and Kmart merged to form Sears Holdings in 2005 when they had 3,500 U.S. stores between them. A long series of store closings has left it with fewer than 900 today.

In July, Sears closed its last store in Chicago, once its hometown. The company recently announced another 46 store closings that will take place just before the start of the holiday shopping period.

These are just the latest chapters in the sad saga of what was formerly known as Sears, Roebuck & Company, founded in Chicago in 1893 (poor Mr. Roebuck was unceremoniously dumped from the company name in 1980 when it became Sears Merchandise Group).

Sears is all about loyalty and iconic Chicago values. We Skonings have always been a Sears family. Dad spent his entire career as a Sears executive, rising through the ranks to become Vice President of Real Estate and Construction in which position he was responsible for the construction of what was then known as the Sears Tower. To our family and many others, it will always be known that way.

Evidence of our family’s commitment to Sears brands was everywhere in our household. We grew up with Kenmore appliances in the kitchen and laundry room. We played with JC Higgins sports equipment, baseball gloves and bats, golf clubs, footballs, and tennis rackets.

On the walls of our garage were rows of dad’s Craftsman tools, the brand recently sold for $900 million in an effort to bail out and save the company. Our ’47 Buick had a Diehard battery as did all of our other cars over the years. Of course our auto and homeowner’s insurance policies were written by Allstate.

Then, there was the iconic Sears Catalogue, that phonebook-size volume known as the “Sears Wish Book,” or the “Consumer’s Bible.” Our family had several copies of the huge catalogue throughout the house, a ready reference for mail order purchasing.

It’s more than a little ironic that the Chicago-based companies (Sear and Montgomery Ward) which pioneered the rapidly growing catalogue mail order business in the early 20th century have been victimized in part by the online internet e-tailing craze fueled by the enormous success of Amazon and other internet giants.

The concepts are the same (convenient purchasing from the comfort of home); only the technology is different. Retail merchandising returning to its roots — mail order to e-tailing — with bricks and mortar stores hanging in the balance.

In the 1960s and ’70s Sears capitalized on the regional shopping center boom. Regional malls anchored by Sears stores populated the Chicago metropolitan area (Oakbrook, Woodfield, River Oaks, etc.) and spread across the country. To manage its vast real estate holdings Sears created a subsidiary, Homart Development Corp., which was one of the largest builders and owners of shopping centers and malls in the United States from 1959 to 1995. In recent months, Sears has been selling off many of those properties in a desperate, last ditch effort to stay afloat.

While Sears’ ultimate fate still remains uncertain, the company has left an indelible mark not only on retail merchandising history, but also on the magnificent skyline of Chicago with the completion of the Sears Tower in 1973.

Sears had been headquartered on the near west side of Chicago at the corner of Homan and Arthington since 1906. The company prospered there and grew into the retail and catalogue sales giant that dominated the industry.

However, the neighborhood fell upon hard times as jarring urban changes occurred in the late 1960s. A number of options for relocation were considered. One was to develop a sprawling suburban corporate campus (similar to what Motorola, McDonald’s, and Baxter, among others had done). Another idea, somewhat out of blue, and moderately risky, was to develop the world’s tallest building in downtown Chicago. No one thought the latter would possibly appeal to Sears’ executive leadership.

Somehow, the late Mayor Daley (Richard J.) got wind of the tallest building proposal. As the ultimate promoter of everything downtown Chicago, he saw major economic development opportunity and made it clear Sears should and would opt for the tallest building in the world option.

The mayor made it crystal clear zoning and building code hurdles would be no problem for Sears. Economic development and the stream of tax dollars in the city’s future would trump any of those petty concerns.

His Honor the Mayor got his way, and Sears decided to relocate its headquarters to a city lot bordered by Wacker, Franklin, Monroe, and Adams where the Tower stands today.

No matter what the ultimate fate of the company is, and no matter what naming rights attach to the building over the coming years, the Sears Tower will be a lasting monument to our great city and tribute to our retail merchandising heritage for decades to come. In our family, it will always be Sears Tower Forever!

And, if bankruptcy is the final answer for the great Sears, Roebuck & Company, may it always be remembered as a giant in Chicago’s impressive retailing history.