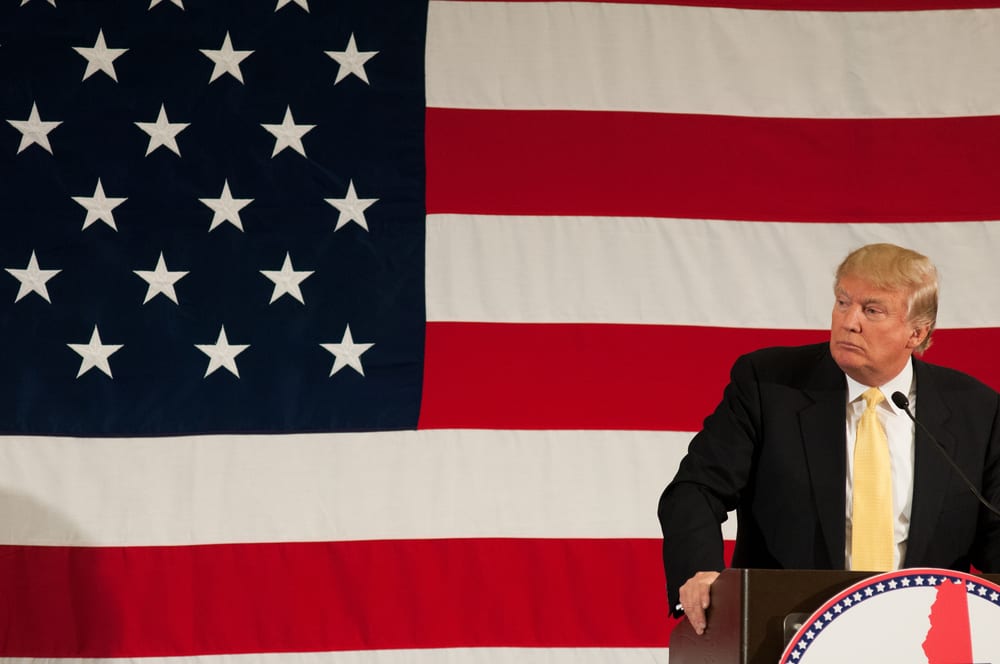 Lee Smith’s article in Tablet, titled “How Russiagate Began With Obama’s Iran Deal Domestic Spying Campaign,” pieces together why President Obama warned then incoming President Donald Trump away from Michael Flynn. It explains why Flynn was investigated. It all fits.

At the bottom of the Russian hoax story is a tale of narcissism: Hillary Clinton’s shock at losing the election, the media’s shock at being wrong and less capable of manipulation that they thought, and, importantly, Barack Obama’s shock that his priorities — all of them, but most of all the Iran Deal — would be swept away as so much ideological detritus. Like Saruman watching the Ents loose the dams and flood Isengard, the Obama administration knew that Michael Flynn would ruin their edifice, so they had to ruin him. Please do go read Smith’s piece.

The obvious reaction to the article is, Of course. Of course, this had to all come back to Obama’s inflated self-view. Of course, the administration was in a pure panic because Michael Flynn could deftly navigate the intelligence community backwaters and could point President Trump in the right direction to … drain  the swamp.

What’s so distressing is that President Obama and his enablers have succeeded. The torment continues. They effectively obstructed the Trump administration, and Congress helped them.

Not only did the Obama administration use every tool in their arsenal, most of them illegal at worst and damn shady at best, but they also had the media on their side. The media’s reputation was tied to Obama’s. Their cheerleading proved their own value. He was, after all, a media creation. He had to succeed or they would be revealed as fools and neophyte-enabling stooges.

And don’t forget Hillary, the creator of the Russia collusion hoax narrative. After her ignominious fit-throwing evening where she didn’t have the decency to face her supporters, she immediately began a string of confabulation to justify her loss. She had to find a boogey man to avoid any blame for a winnable election. It was her DNC and her dossier, via John McCain to the FBI, that got the ball officially rolling. Fusion GPS (former reporters who had lots of media connections), the FBI and DOJ, and, we learned this week, President Obama himself all knew about this nonsense because of their surveillance of Flynn. John McCain was just either the willing dupe or was in on the drive to destabilize the Trump presidency at the beginning.

That brings us to the Republicans in the House and Senate who aided and abetted this charade to hamstring a president they feared and loathed. To John McCain, these voters were hobbits. To Hillary Clinton, they were “deplorables.” Tomato, tomahto. Now, Lindsey Graham and Trey Gowdy trip over themselves to explain their previous prevaricating, when they knew that this “Russian collusion” story was intended to distract from the truth: that the Obama administration was using every arm of the government for political ends. What did they care? If it slowed down the Republican agenda, the platform that they paid lip service to but secretly despise, more the better.

The GOP wasted two years throwing sand into the gears of their own governance to not do what they promised to voters. Opportunities to repeal Obamacare or firm up border security or a myriad of other initiatives were frittered away because the GOP cared more about donor backing than fulfilling the will of the voters. Not only were they caught unprepared by a Republican winning, but they meant none of their rhetoric and so prepared for nothing because they wanted to fail.

Ultimately, none of this could have happened without a corruption machine by President Obama already operating at full throttle. For eight years, the administration used every branch of the government to torment their enemies. Lee Smith lays out beautifully the surveillance of American Jews in opposition to the Iran deal. But that was just the end of a long history of abuse. Obama and his cronies used the IRS, EPA, and nearly every agency you can imagine to target and harass conservatives, if not through active investigations, extraneous inspections, phone calls, and threats, then through egregious regulations.

The GOP establishment enjoyed this harassment. It interfered with difficult primaries they faced by fed-up Republican activists and used the force of government to ruin lives. Uncle Sam on a power bender is much more effective at destroying opposition than millions spent in negative ads.

Unlike Republicans, Democrats aren’t squeamish about an Uncle Sam leviathan. They’ll ride that beast to destroy their enemies. And boy, did they. It’s still going. The upper echelons of the FBI and DOJ operate to this writing unmolested. Any work that Michael Flynn could have done to clean up this intelligence community was stymied by a made-up investigation.

For three years, the Trump administration attempted to find their sea legs while actively being harassed and harried by Obama holdovers and self-dealing Republicans in the House and Senate. None of this could have happened so easily had Congress provided oversight. Why would they want oversight, though? It would expose themselves. It wasn’t just Joe Biden’s crackhead kid in Ukraine, after all. Sens. John Kerry, John McCain, and, yes, Lindsey Graham, also had strange relationships there, too. It’s like Ukraine was one big money laundering scheme for political insiders.

A lot of pols have a lot to hide, and that’s why this fiasco has gone on as long as it has. Hillary Clinton was supposed to win. No one would have ever known, and the evil would have continued. It has been three years of pain and anxiety on the part of politicians in both parties knowing that the people who elected Trump are not cynical insiders but those who believe that there is right and wrong and that there should be a system that treats all equally. That bodes ill for a whole bunch of people on the wrong side of the law.

After reading Smith’s article, though, I was left with a question that I had during the Obama administration and I still have today: Why? Why did President Obama pick terrorist fomenting Iran as his legacy? Anti-semitism? Globalism? Marxist fellow-traveler sympathy?

What’s so distressing is that President Obama and his enablers have succeeded. The torment continues. They effectively obstructed the Trump administration, and Congress helped them. How many unfilled administration positions remain to this day because Trump has never had the benefit of recess appointments like every other president? How much time has been spent by Trump to defend himself rather than just get on with the business of presiding? How did the conspiratorial lies taint President Trump’s ability to present new ideas and get a fair hearing? President Trump received no grace, not even a minute of hopeful reservation.

President Obama, Hillary Clinton, the media, and the feckless and, dare one say, colluding GOP leadership denied Trump voters their vote. They disenfranchised half the country. There can be no recompense for this grievous wrong. A pox on all their houses. The American system isn’t equipped to handle this level of injustice. Those who wait on justice likely wait in futility.