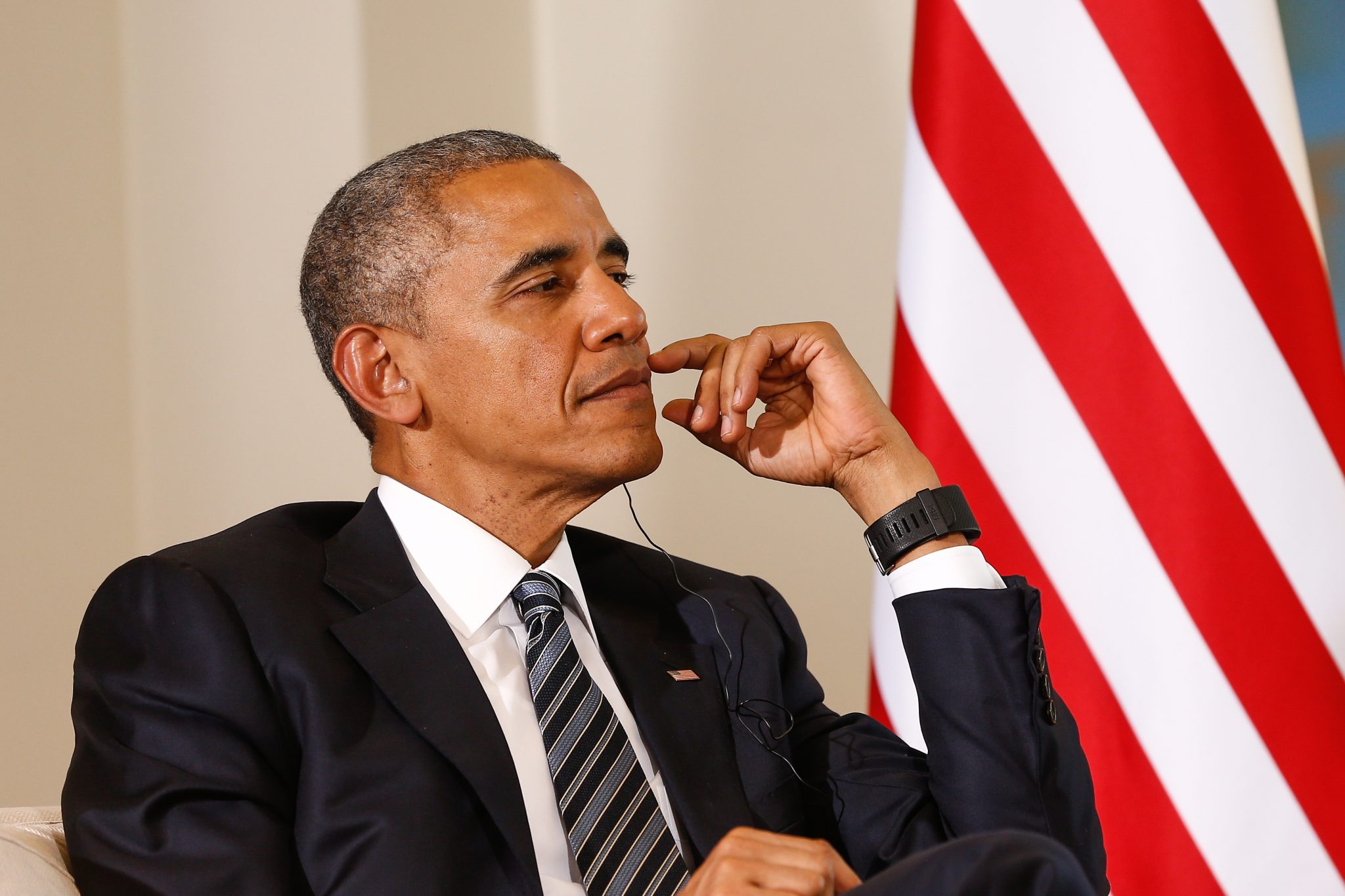 Former President Obama took to Twitter Monday for the purpose of celebrating the 11th anniversary of the American Recovery and Reinvestment Act of 2009 (ARRA). It seemed an odd time to celebrate an $830 billion “stimulus” bill that is universally regarded as a failure. Even the New York Times described ARRA as an ineffective exercise in neoliberalism in an opinion piece titled “Barack Obama’s Biggest Mistake.” Yet our erstwhile president insists that it launched “more than a decade of economic growth and the longest streak of job creation in American history.” This is easy to dismiss as solipsistic bluster, but there is method in Obama’s madness.

The Democrats know they can’t defeat President Trump as long as the electorate credits him for the salubrious state of the economy. And, according to the latest Gallup poll, “Sixty-three percent of Americans now approve of the way Trump is handling the economy.” This is an evil portent for the Democrats. As Gallup further notes, “If Trump asks Americans whether they are better off than before he came into office, most would say they are. Trump also gets more credit for recent economic improvements than Obama does.” Consequently, the Democrats must somehow convince the public that the president is just the political beneficiary of the economic boom rather than its author.

This will not be an easy task. An increasing number of Americans expect the president to defeat any of his 2020 Democratic challengers by large margins. According to a new Economist/YouGov survey, 49 percent of voters believe Trump would beat Joe Biden, whereas only 29 percent believe Biden would prevail. Likewise, 47 percent think Trump would defeat Mike Bloomberg, while only 27 percent think Bloomberg would win. The story is the same in hypothetical races pitting the president against Bernie Sanders, Pete Buttigieg, and Elizabeth Warren. It’s unlikely that this momentum can be halted by revising the sordid history of ARRA. The Wall Street Journal explains,

The $830 billion spending blowout was sold by the White House as a way to keep unemployment from rising above 8%. But the stimulus would fail on its own terms. 2009 marked the first of four straight years when unemployment averaged more than 8%. And of course the unemployment rate would have been even worse in those years and still today if so many people had not quit the labor force, driving labor-participation rates to 1970s levels.

When Obama signed ARRA into law, unemployment stood at 7.8 percent. A year later it had spiked to 9.8 percent. Two years later, it was at 9.1 percent. Three years later it stood at 8.3 percent. It finally dropped below 8 percent again four years later. During the same four-year period, the average per-capita growth rate of U.S. GDP was less than 1.5 percent. Meanwhile, despite Obama’s pledge to allocate most of the $830 billion to “rebuilding our crumbling roads and bridges,” only about 10 percent of the money went to infrastructure improvement. The rest went to already-bloated entitlement programs and moronic studies. For example, $219,000 funded a study of college hookups.

Perhaps the Democrats and their media mouthpieces sensed that it will be difficult to convince the voters that squandering so much taxpayer money 11 years ago somehow provided the impetus for our current prosperity. At any rate, they have pitched a variety of unique economic theories to explain the pathetic job growth figures that characterized Obama’s first three years in office compared to the number of jobs created during Trump’s first three years. During Obama’s first three years, the economy lost more than 800,000 jobs. During Trump’s first 36 months in office, we gained nearly seven million jobs. This is where the “unique” economic theories come in. CNN puts it thus:

Obama took office in the midst of the worst financial crisis since the Great Depression…. Trump took office with the labor market in relatively good shape, with unemployment at 4.7%, and a string of 76 straight months of job gains.… Unemployment of 3.6% in January is nearly at a 50-year low now. But it is a continuation of an improving job market, not the turnaround that occurred in the early years of the Obama administration.

Arguing that the Obama recovery was weak and protracted because he took office after a steep downturn betrays remarkable economic illiteracy. Dramatic economic contractions are typically followed by strong recoveries. When Obama took office, he had nowhere to go but up. The long, feeble recovery over which he presided was caused by his administration’s meddling — a combination of ARRA and the Dodd–Frank Act. The claim that Trump’s superior performance was about inheriting a better labor market is exactly backwards. Moving unemployment from 4.7 percent (considered full employment by most economists) to 3.6 percent was a far heavier lift for Trump than Obama faced in 2009.

Moreover, none of Obama’s balderdash about ARRA explains the growth in manufacturing jobs over which Trump has presided. During the Obama years, 300,000 manufacturing jobs disappeared. When Trump pledged to bring them back, Obama claimed that he would need a magic wand to accomplish this — yet somehow nearly 500,000 such jobs have been added to the economy since Trump took office. Will the Democrats give Obama credit for creating jobs he said weren’t coming back? Probably. But it won’t fly. The voters can see the difference between the Democratic malaise under Obama and the subsequent improvement in their day-to-day lives. They know Trump did indeed build this economy.