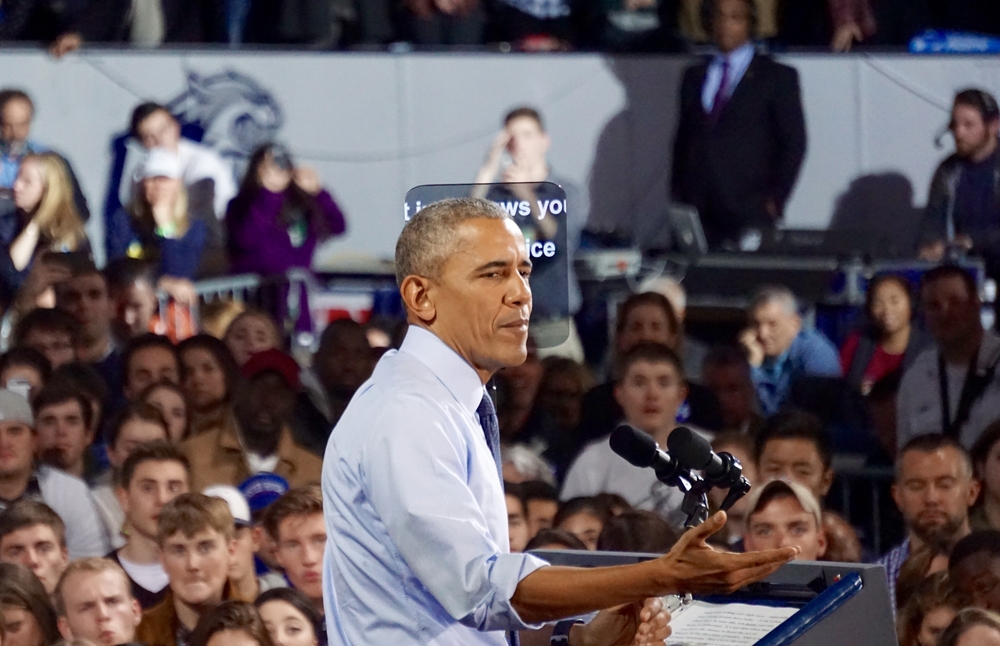 Big Media finds itself in something of a pickle. According to the Guardian, for instance, the Trump administration is mired in a “growing scandal.” Normally, this would be a welcome bit of information in most of the world’s newsrooms, but not so much this time.

Allegedly, the Trump Department of Justice (DOJ) engaged in the “secret surveillance of journalists and even members of Congress in the waning days of the Trump presidency.” These journalists have responded with “scathing condemnations.” From the media’s perspective, this would seem to be the best news since Brian Sicknick died, but there’s a catch.

As the Guardian acknowledges in an opinion piece by Trevor Timm, “Before Trump, Obama’s justice department did more to hurt press freedom than any administration since Nixon.” There’s a further semantic catch, but first a word on Obama’s record. As even the Guardian admits, whatever Trump did, it was small beer compared to Obama’s mischief.

As reported in May 2013 by the Washington Post, Obama’s Department of Justice had been monitoring the comings and goings of James Rosen, then with Fox News, since 2010. What most troubled the Post and other media about the DOJ was the use of search warrants to investigate a reporter and the threat to prosecute him under the terms of Espionage Act as an “as an aider, abettor and/or co-conspirator.”

Rosen was not the only one who had been tracked. The Post reported that federal investigators had obtained records covering two months of more than 20 telephone lines assigned to the Associated Press. “Search warrants like these have a severe chilling effect on the free flow of important information to the public,” First Amendment lawyer Charles Tobin told the Post. “That’s a very dangerous road to go down.”

Easily the most dogged of the mainstream journalists during Obama’s first term was Sharyl Attkisson. “Goddammit, Sharyl!” Obama flack Eric Schultz was reported to have yelled at her. “The Washington Post is reasonable, the L.A. Times is reasonable, the New York Times is reasonable, you’re the only one who’s not reasonable!” Then with CBS News, Attkisson paid for her persistence in helping break the Fast and Furious story and exposing the lies surrounding Benghazi.

Attkisson is uncertain as to when exactly certain forces began to cyber-gaslight her, but it was probably about the time the monitoring of Rosen began. A WikiLeaks document purloined from the global intelligence firm Stratfor in 2010 claimed that Obama’s all-purpose fixer John Brennan was “behind the witch hunts of investigative journalists learning information from inside the beltway sources.”

In early 2011, the White House initiated an “Internal Threat Program.” In hunting down leakers in departments as benign as education and agriculture, White House operatives went even further astray than Nixon’s “plumbers,” who, for all their notoriety, stuck to national security.

In a move that the Stasi might admire, the Obama administration made everyone a plumber. The program’s strategic plan actually mandated that supervisors “penalize clearly identifiable failures to report security infractions and violations, including any lack of self-reporting.” In a New York Times op-ed, liberal First Amendment lawyer James Goodale said out loud what others were thinking: “President Obama will surely pass President Richard Nixon as the worst president ever on issues of national security and press freedom.”

In Obama’s 2020 memoir, A Promised Land, the former president does talk about the suppression of journalists — but only in other countries. In the hated Russia, he writes, “Independent journalists and civic leaders found themselves monitored by the FSB (the modern incarnation of the KGB) — or, in some cases, turned up dead.” And then in Egypt, Obama tells us, “The State Department worked diligently behind the scenes to protect journalists, free political dissidents, and widen the space for civic engagement.” But American journalists enjoyed no such support, especially those like Rosen and Attkisson whose reporting threatened his administration.

If American journalists chose to forget Obama’s paranoid crackdown on free speech, a reviewer from the UK’s leftist Guardian did not. “The prosecution of twice as many whistleblowers as all his predecessors combined is not mentioned,” lamented Gary Younge in his review of A Promised Land. “Liberals struggle to subject Obama to the rigorous critique that the power he held demands. They are always liable to give him the benefit of the doubt, as if his position didn’t grant him enough benefits already.”

One benefit extended to Obama cuts to the heart of the current conundrum: in the eyes of Big Media, Obama was incapable of scandal. In 2011, Jonathan Alter headlined a Bloomberg story “The Obama Miracle, a White House Free of Scandal.” In 2014, New Yorker editor and Obama biographer David Remnick thought it a “huge” achievement that “there’s been no scandal, major scandal, in this administration, which is a rare thing in an administration.” In 2016, New York Times columnist David Brooks insisted the Obama administration was not just scandal-free but “remarkably scandal-free.”

However delusional, the praise was so effusive and universal that Obama himself began to believe it. “I am proud of the fact that we will — knock on wood — leave this administration without significant scandal,” he said near the end of his second term in office. The use of the word “significant” scarcely dimmed the wattage of this boast. Obama quickly added, “In terms of just abiding by the rules and norms and keeping trust with the American people, I will put this administration against any administration in history.” Two years later, Obama felt free to repeat the claim, telling a tech audience, “I didn’t have scandals, which seems like it shouldn’t be something you brag about.”

A CNN discussion on the eve of Donald Trump’s inauguration showed how likely it was that fake news would soon become fake history. “He is almost unimpeachable,” presidential historian Douglas Brinkley said of Obama. “He has governed with such honesty and integrity, and he’s not only leaving with that 60 percent [approval rating] we keep talking about but a growing reputation. And the legacy of having eight scandal-free years is going to look larger and larger in history.”

That legacy will look smaller and smaller if Big Media choose to make a “scandal” out of a president’s use of surveillance. Whatever Trump did or didn’t do, this time he will get something of a pass if only to protect Obama’s laughably “scandal-free” presidency.