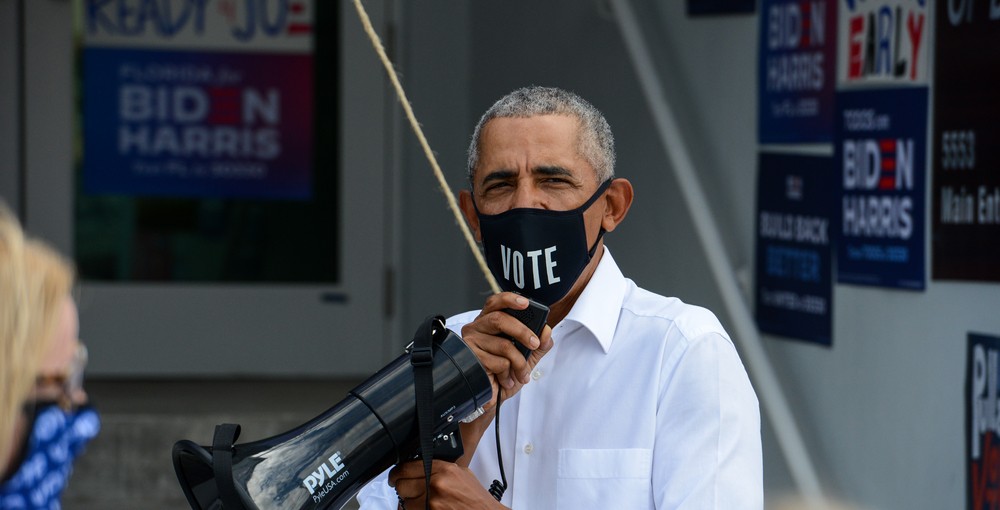 In a wide-ranging interview with New York Times columnist Ezra Klein, former president Barack Obama, the archduke of sanctimony, weighed in on any number of issues. To be sure, what Obama thinks would be no more relevant than what Jimmy Carter does except for one claim: “Joe and the administration are essentially finishing the job.”

By “the job,” Obama appears to mean the “fundamental transformation” he once promised for America. By his estimate, “90 percent” of the people who worked in his administration are now working for “Joe” — President Biden — presumably to fulfill Obama’s promise.

That boast got the media’s attention. One issue that did not, but should have, was Obama’s take on Trump’s handling of the COVID-19 crisis. Said the tone-deaf Obama, just hours before the Fauci email story exploded:

I think it’s fair to say that the difference in how George H. W. Bush, Bill Clinton, George W. Bush, and Obama administrations approached the basic issue of a pandemic and vaccines — there might be differences in terms of efficacy, or how well programs were run, etc. But it’s hard to imagine a previous Republican administration completely ignoring science, right?

Completely ignoring science? Among the most widely accepted symptoms of Trump’s presumed ignorance, of course, was his belief that COVID originated in Wuhan’s top-tier research laboratory. By contrast, Obama still has full confidence in the scientific-industrial complex. Until about two weeks ago, he was in good company. Not so much anymore. “You can feel the moral convulsions beginning as the question sets in,” bestselling liberal author Thomas Frank writes in the Guardian, “What if science itself is in some way culpable for all this?”

On May 23, the Wall Street Journal broke the story that “several researchers” at the Wuhan Lab were hospitalized in mid-November 2019 “with symptoms consistent with both Covid-19 and common seasonal illness.” Following that revelation and the release of the Dr. Anthony Fauci emails, doubt has spread in liberal circles with the force of a pandemic. Unlike the “science” of climate change, which will take generations to prove or disprove, this revelation has immediate currency.

Time after time, in fact, Obama’s failure to perceive the world as it is, willful or otherwise, renders his judgments delusional on arrival.

Unfortunately for Biden and the nation at large, Obama seems immune to doubt. Even when the box is collapsing around him, Obama still thinks inside of it. As he proved once again in the Klein interview, Obama has so much equity invested in politically loaded pseudo-science, he refuses to assess any evidence that threatens it.

Among the foundational tenets of Obama’s worldview is that “folks who live in more rural, more homogeneous areas” — that is, Trump supporters — lack the differing perspectives of Democrats. He actually describes the Democratic Party as becoming “more empathetic, more thoughtful, wiser by necessity” due to their disadvantages. The Obama faithful, like their leader, believe in their own wisdom. When posting yard signs to remind neighbors that “Science is real,” they feel a certain moral frisson that the rest of us will never know.

In his Klein interview, as he often does, Obama traced the source of the Right’s refusal to accept reality to its media. “Almost all news is from either Fox News, Sinclair news stations, talk radio, or some Facebook page,” he insisted. “And trying to penetrate that is really difficult.”

Obama is particularly hard on Fox News. Like most leftists, he overestimates its influence. For the record, the network came online in 1996, two years after Newt Gingrich’s “Republican Revolution.” For that matter, Ronald Reagan carried 49 states 12 years before Fox emerged and five years before Rush Limbaugh surfaced as a national figure. As serious conservatives know and often lament, Fox has long been too mainstream for their tastes.

Too moderate for conservatives as well were the Republicans in Congress who greeted Obama on arrival in 2009. One would not guess this from reading Obama’s latest memoir, A Promised Land. Obama saw in those Congress people a Fox-driven “breed of Gingrich disciples, Rush Limbaugh bomb throwers, Sarah Palin wannabes, and Ayn Rand acolytes — all of whom brooked no compromise.”

This, of course, is nonsense. Time after time, in fact, Obama’s failure to perceive the world as it is, willful or otherwise, renders his judgments delusional on arrival. Rush Limbaugh long joked about the Left’s perception of conservatives as “mind-numbed robots.” Obama gives life to that joke.

Some on the left, however, are no longer laughing. Among the more perceptive is the Guardian’s Thomas Frank. His shrewd take on populist conservative culture makes Obama’s seem like the recycled tripe it is. Frank published his article on the same day that the Times published Obama’s interview with Klein. In it, he spoke almost wistfully of the era, not too long ago, “when the Covid pandemic seemed to confirm so many of our assumptions.” By “our,” Frank means he and his progressive colleagues.

“We cast blame so innocently in those days,” he writes with a touch of ironic nostalgia. “We scolded at will. We knew who was right and we shook our heads to behold those in the wrong playing in their swimming pools and on the beach. It made perfect sense to us that Donald Trump, a politician we despised, could not grasp the situation.”

Frank links to an April 2020 column in the Boston Globe whose very headline — “Time to end populism’s war on expertise” — captures the elite’s disdain for the healthy skepticism and common sense of the ordinary American. Wrote Scot Lehigh:

The GOP has put itself in the service of a man who disdains the expert opinion, disregards climate science, and believes he knows more than anyone alive about an astonishing variety of subjects. A man who, despite (or perhaps because of) his overweening self-confidence, was enormously wrong about COVID-19 being well under control — with devastating consequences for this country. Isn’t it time to credit the experts again?

This early in the pandemic, Trump’s one move to rile the elite was his decision to shut down travel to China. He made this call on January 31, 2020, two days before New York City Health Commissioner Dr. Oxiris Barbot encouraged visitors to celebrate Chinese New Year in her city.

“The risk for New Yorkers of the coronavirus is low, and our preparedness as a city is very high,” said Barbot. “While it is understandable that people feel anxious, that is no way shape or form an excuse for them to use that as an opportunity to spread misinformation, to spread racist ideas because that is currently the greatest risk to New Yorkers.”

Candidate Joe Biden quickly joined in the anti-racist snake dance. Tweeted Biden, with no notable media criticism, “We are in the midst of a crisis with the coronavirus. We need to lead the way with science — not Donald Trump’s record of hysteria, xenophobia, and fear-mongering. He is the worst possible person to lead our country through a global health emergency.”

For the next year, the media, like Biden, assumed that just about every Trump statement about COVID was wrong, if not racist — keeping students in school, reopening the economy, using hydroxychloroquine, tracing the disease to the Wuhan lab. “Reporters gulped down whatever line was most flattering to the experts they were quoting,” writes Frank, “and then insisted that it was 100% right and absolutely incontrovertible — that anything else was only unhinged Trumpist folly, that democracy dies when unbelievers get to speak, and so on.”

As Frank observes, however, the days when one could casually defame populists and their leaders may be coming to an end. “Should it turn out that scientists and experts and NGOs, etc. are villains rather than heroes of this story,” he writes, “we may very well see the expert-worshiping values of modern liberalism go up in a fireball of public anger.”

Smart leftists like Frank know that if people lose faith in scientists over COVID, they will surely lose faith in those scientists pushing the much more elusive phenomenon cynically rebranded a few years back as “climate change.”

From his beachside manse in Martha’s Vineyard, Obama seems as unworried about a populist revolt against “science” as he does by rising sea levels. “[T]he data is here. We know it. And we have the tools to make real progress with it,” Obama told Klein. “One thing that the pandemic has done is to start getting people to think in scale.”

Sorry, Barry, but “scale” is not exactly what people are thinking about, not even your people.