by Ellie Gardey
The campus of the University of Notre Dame (Jonathan Weiss/Shutterstock.com) 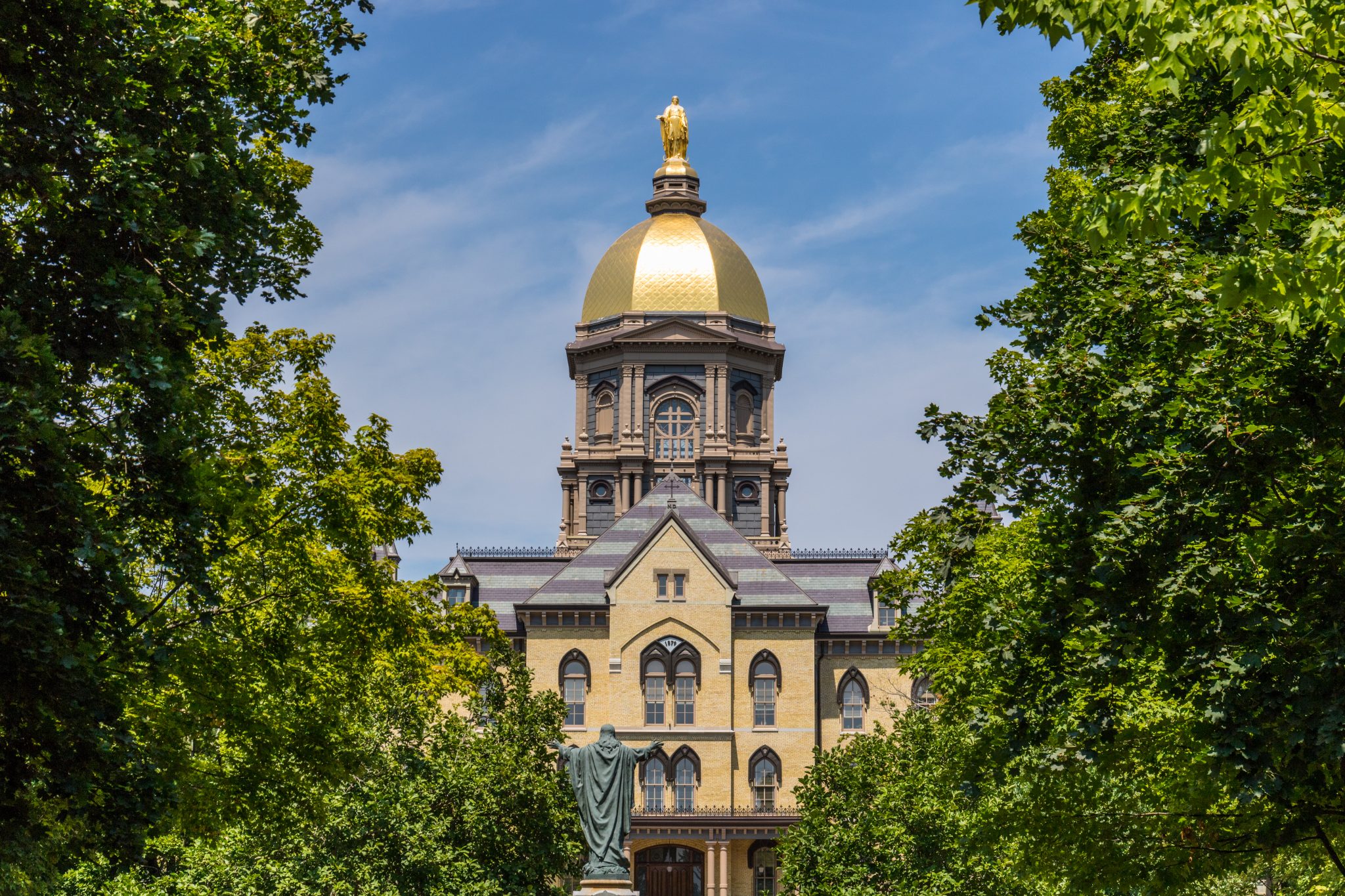 Students at the University of Notre Dame are not hungry for Chick-fil-A’s famous chicken sandwiches.

On Thursday, two students published a letter to the editor in the school’s student newspaper, the Observer, demanding the school reconsider its still unsettled plan to put a Chick-fil-A in the student center. The students have also created a petition for the cause, which has now been signed by more than 60 students and a dozen faculty members.

Chief among the students’ concerns is Chick-fil-A’s “long history of antagonism toward the LGBTQ+ community.” This “antagonism” includes donations to the Salvation Army, the Fellowship of Christian Athletes, and the Paul Anderson Youth Home. Chick-fil-A ceased donations to these charities in 2017 after LGBTQ activists objected to the Christian charities’ stances on gay marriage.

“We have serious ethical concerns regarding Chick-fil-A and believe that a variety of other restaurants would better fit Notre Dame’s mission and our student body’s needs,” students Tilly Keeven-Glascock and Joey Jegier wrote in their letter to the editor.

“Even though Chick-fil-A has halted the worst of its donations, patronizing Chick-fil-A means lining Cathy’s pockets,” Keeven-Glascock and Jegier wrote.

The students also noted that the Human Rights Campaign, an LGBTQ activist organization, gave Chick-fil-A a “0” on its “Corporate Equality Index.”

But it’s not just the fast-food chain’s “antagonism toward the LGBTQ+ community” that turned the students off to the restaurant. They also objected to the company’s “participation in animal agriculture.”

The students also said that Chick-fil-A is not suitable for Notre Dame’s “diverse campus community” because it does not provide options for vegetarians and vegans.

“A restaurant closed on Sundays is not best for a bustling, hungry college campus,” the Notre Dame students added.

Keeven-Glascock and Jegier offered an alternative solution to Notre Dame’s administration: bring a CoreLife Eatery to campus — a restaurant whose specialty is “greens & grains” bowls.

Earlier this year, students at Notre Dame created an Instagram account calling on the administration to put a Chick-fil-A on campus. Candidates for Notre Dame student body president have also made putting a Chick-fil-A on or near campus part of their campaign platform.

In 2012, students at Northeastern University successfully convinced their university to cancel plans to place a Chick-fil-A on campus over concerns about the chain’s “support of groups opposed to gay and lesbian rights.”