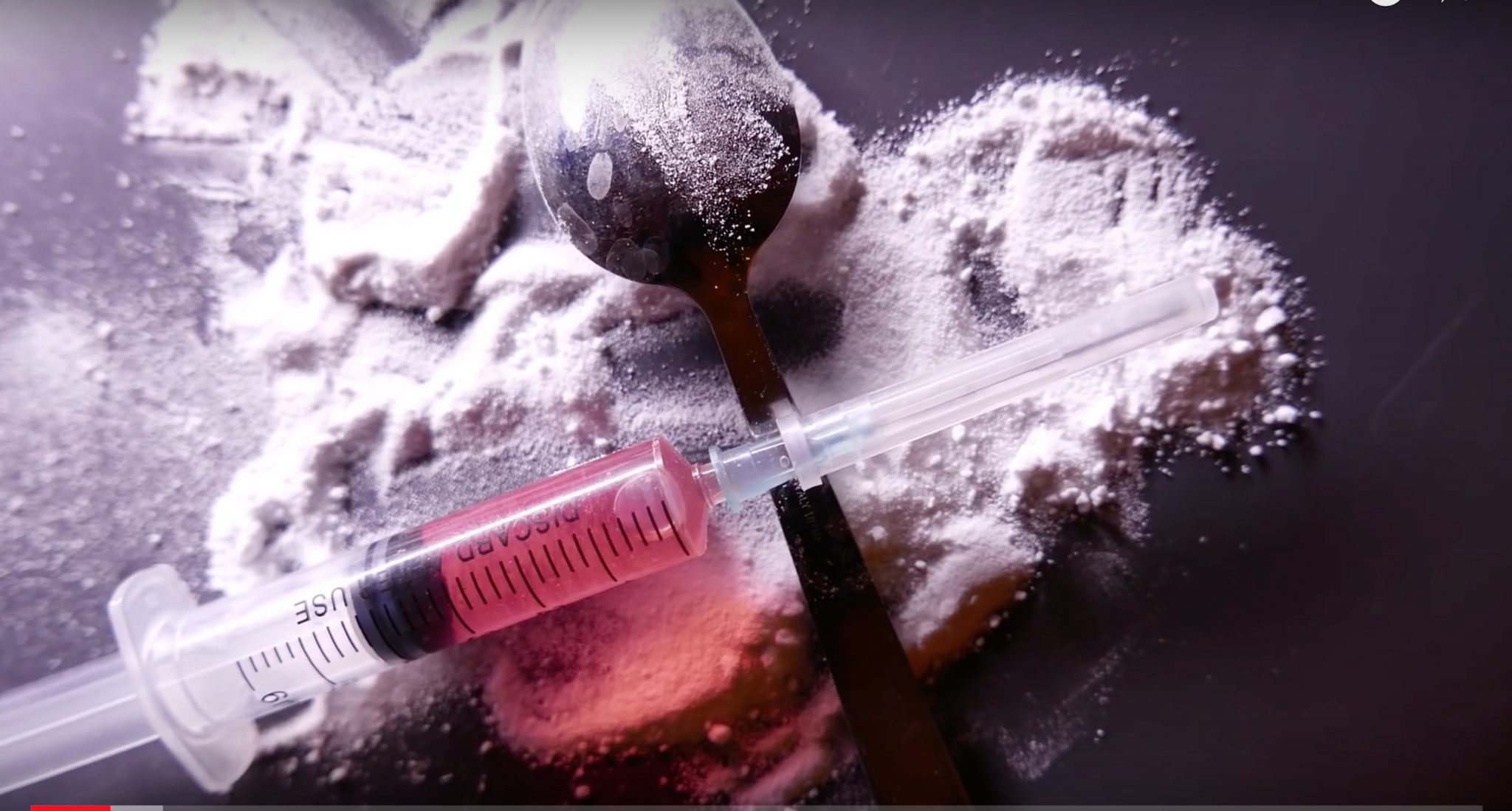 It is without doubt one of the most powerful documentary films out there. The subject: “The drugs your kids don’t know they’re taking — a documentary about open borders and the cartels crossing them to kill our kids.”

Not in Vein, co-produced by the Dark Wire company’s Lynda McLaughlin (Sean Hannity’s radio producer) and investigative reporter Sara Carter, the latter also a Fox contributor, screened their new film Not in Vein in Washington the other week. And for those — like myself — who were only vaguely familiar with the details of the opioid crisis in America, this film is a shocking eye opener.

It is viewable here on YouTube — and viewer beware: the film is starkly graphic. Reporter Carter (famous these days for her bird dog persistence in investigating and uncovering the role of the FBI and the Justice Department in the Trump-Russia collusion business as she regularly reports on Hannity’s radio and TV shows) is the narrator and on-screen investigator as she travels the country and talks to everyone from Chris Farrell of Judicial Watch fame to parents like self-described “pissed off Mom” Heidi Riggs, who lost her 20-year-old daughter to opioids.

The film opens with Riggs telling the sad story of daughter Marin and what became her fatal dependency on opioids. Farrell, a member of the Judicial Watch Board of Directors, who earlier served in the U.S. Army as a Military Intelligence officer, then takes Carter on a tour of southern Arizona as he explains in detail the harsh reality of the drug smuggling that is directly responsible for the deaths of Americans like Marin Riggs. All told, in 2017 some 72,000 Americans died of a drug overdose, a truly shocking reality.

As they drive through this part of Arizona Farrell explains that while what they are looking at may seem like an ordinary section of the American Southwest, in fact it is “the superhighway for narcotics (and) drug smuggling” into the United States. As images of bagged pounds — and pounds and pounds — of drugs are flashed on the screen, Farrell discusses the “very sophisticated criminal operations that know how to move contraband.”

Carter notes that the Congressional Research Service has flagged nine — say again, nine! — “Drug Trafficking Organizations” or “DTOs” operating in Mexico. One of them, the Sinaloa Cartel, was headed by one Joaquín Archivaldo Guzmán Loera, better known as “El Chapo.” Guzmán was once described by the U.S. Treasury Department as the “most powerful drug trafficker in the world,” with Forbes magazine three times naming him to their list of the planet’s “most powerful people,” calling him the “biggest drug lord of all time” until his arrest and expedited incarceration in New York.

Patricia Cramer, the president of the Arizona Chapter of the National Treasury Employees Union, makes it clear that “we don’t have the manpower and even the technology, you know, to beat them.” A Border Patrol officer stands with Carter on the U.S. side of the border and says that her operation is under constant surveillance by drug operatives on the Mexican side, not only physically but with the use of sophisticated technology. “They are very good at what they do” Cramer adds. And what they do, Carter reports, is use their superior technology, unlimited money and manpower to feed the opioid epidemic in America.

Ferrell says point blank that what Americans need to understand is that the cartels have a “distribution system that is exactly like Walmart’s. Walmart never runs out of milk, the cartel never run out of drugs. They’ll use anything — trains, planes, boats, trucks, cars and people” to smuggle the drugs into the U.S. And all ages of people as well. The youngest smuggler one Border Patrol officer had caught was 12 years old (he was smuggling cocaine), the oldest a grandmother who was smuggling meth amphetamine and heroin.

Ferrell adds that the cartels simply don’t care about human life, ruthless killers who will kill and do whatever else is necessary to control access points into the United States because, in fact, they are literally making billions of dollars. One Arizona rancher whose property sits on the border says he routinely carries a pistol and rifle on his horse when out on his own property — and when he sees drug smugglers crossing his land, some armed with AK-47 assault rifles — he heads the other way.

One former federal law enforcement officer says the border used to be literally the states on the southern U.S. border — but now (and here the film has shots of New York City and Chicago) the drug problem has moved so far north no one has any idea what the “border” actually is. “You have this poison being dumped in our country and our communities are suffering,” says an ex-DEA officer. He adds: “(American) kids are dropping dead every day of the week. Parents of good kids are going up to their bedrooms, finding their kids passed out — dead. This is a crisis like we have never seen before.”

Carter takes a detailed look at fentanyl, the “powerful synthetic opioid analgesic that is similar to morphine but is 50 to 100 times more potent.” When “sold on the street it can be mixed with heroin or cocaine, which markedly amplifies its potency. Two milligrams of fentanyl, equivalent to a few grains of table salt, is considered to be a deadly dose.” Startlingly, the film shows a local TV news report that says an Ohio police officer, confiscating fentanyl during an arrest, simply touched the drug with his bare hand — and it killed him. On another occasion, a suspicious Nebraska state trooper stopped a trailer truck along a highway to discover it carried 118 pounds of drugs —enough to kill 26 million people.

There is so much more here, all packed into a riveting 44 minutes.

At the movie’s debut, Conservative Review TV’s Eric Bolling was scheduled to speak. Recall that his son, 19-year-old Eric Chase Bolling, died of an accidental overdose. Taking the stage, Bolling was so overwhelmed with emotion he simply could not speak — and the audience gave him an ovation to try to comfort him. Also on the speaker’s list was Marin Riggs’s Mom Heidi, who appears in the film. So too was Dianna De La Garza there for the film’s debut. Dianna is the mother of singer/actress Demi Lovato. The 25-year-old actress accidentally overdosed in July — and miraculously survived. Suffice to say, her stricken Mom is now, like Heidi Riggs, one “pissed off Mom” and is making it a point to speak up as her daughter recovers in rehab.

Not in Vein is not just incredibly powerful — it is seriously educational for Americans.

Yes, in this corner it is one powerful argument for exactly why the U.S. should build that wall along the border — and the film should be a must-see for every Member of Congress. But wall or no wall, Not in Vein makes it clear that America — the country that recorded 72,000 drug overdose deaths just last year alone — has a very, very serious problem on its hands.