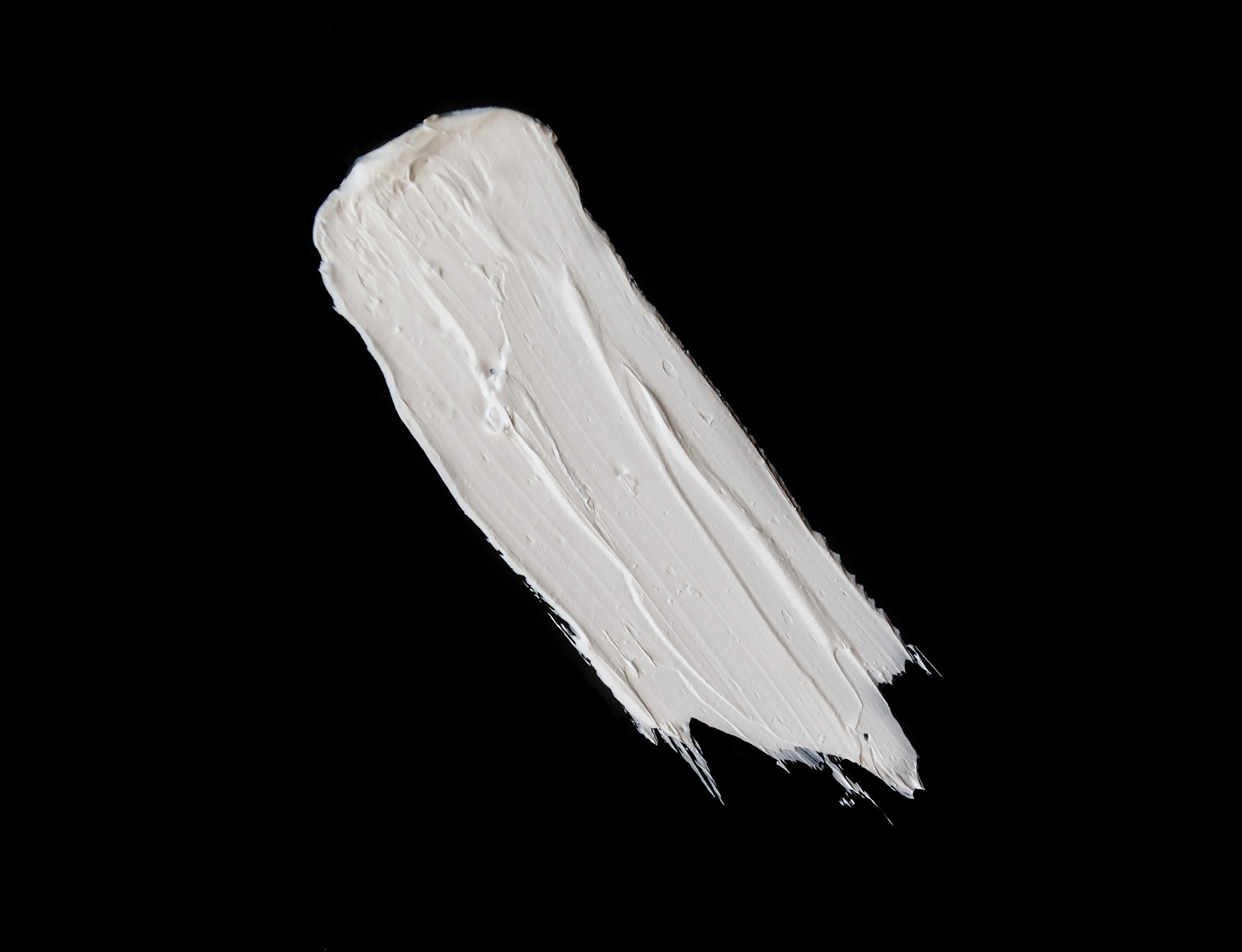 Back in the heyday of Martin Luther King, Jr., the stated goal of the civil rights movement was to strengthen the harmony of American society by persuading the nation’s less enlightened white citizens to transcend their preoccupation with skin color. In this era of critical race theory, all of us who happen to be relatively low on melanin are being told that that attribute imposes upon us an all-consuming and ineradicable moral burden and that our primary obligation as conscientious human beings, therefore, is to recognize the utter centrality of race in every aspect of our lives, to accept the proposition that those of us who are white have been responsible for the vilest brand of racism ever since our infancy (if not earlier), and to spend our lives wallowing in guilt and expressing contrition for that racism — even though, according to the nefarious ideology underlying all this bilge, we’ll never be able to atone sufficiently for our past racism, never be fully absolved of it, and, in fact, never really stop being racist.

Whiteness, in short, is permanent culpability; for those afflicted with it, it’s the real original sin. And the academic discipline known as “whiteness studies” is an intrinsic part of the all-important effort to discover race — and racial bigotry — even in the seemingly most innocuous aspects of our lives.

This brings us to Ingrid Halland, an associate professor at the Department of Linguistics, Literary, and Aesthetic Studies at the University of Bergen in Norway. Halland’s current area of research concerns the chemical compound titanium dioxide, which, mined in Sokndal, Norway, was first transformed by Norwegian scientists of a century ago into a breakthrough product that became internationally popular. Halland’s modest claim is that this popularity was, in large part, a reflection of racism. For titanium dioxide, you see, is the pigment used in the very best white paint — a pigment that, since its introduction, has made possible walls and other surfaces that are “whiter than white.”

Which, Halland insists, is a problem — a big one. In her projected academic study, “How Norway Made the World Whiter” — news of which has reached English-language readers in recent days thanks to a widely reprinted Fox News news story — Halland plans to reflect on the question of how her native country, by giving the world a substance that “is present in literally every part of modern life,” has not only “led to an aesthetic desire for white surfaces” but has also been inextricably connected with “racist attitudes,” reinforcing the perhaps largely unconscious acceptance by white people worldwide of the ways in which their own skin color is wrapped up in “privilege” and “systematic exclusion” and thereby in furthering the evils of “cultural racism and white supremacy.”

In a recent scholarly article, Halland acknowledged that TiO2 isn’t chemically toxic — but added that its introduction into the world of wall paint “created conditions for the emergence of attitudes toward color that could be said to be socially toxic.” Modern art and architecture, by “establish[ing] white as the nondominant background par excellence,” such that certain kinds of buildings (notably museums) could hardly exist without the whitest of white walls, “cleared the ground for cultural racism, ideas about white superiority, and the chromophobic [yes, ‘chromophobic’] exclusion internalized in architectural aesthetics.” In order to justify drawing this tenuous-seeming link between paint colors and race issues, Halland makes much of a 100-year-old newspaper ad, discovered in the archives of some obscure Norwegian printing company, in which a giant white statue of the god Titan — the logo of a TiO2 mining firm called Titania — is shown picking up little black children and bathing them in white paint. Norway’s role in establishing white as a background color all over the world, concludes Halland, was “an imported gesture of coloniality” by means of which “Norway placed itself on the side of white colonial powers.”

Does Halland recognize that precisely the opposite conclusion could just as easily be drawn from this peripheral bit of history? That one could argue, namely, that Norway helped make whiteness invisible? After all, Halland herself points out that when white became the de rigueur color for modernist walls, it “withdrew further into the inconspicuous realm. Furniture and objects were meant to be free from any background. The wall was not meant to be noticed.” Think about it, if you’re making a white wall “inconspicuous” wouldn’t you be rendering whiteness invisible, not privileging it?

Then there’s the question of what we mean by white. Needless to say, the hue of titanium white paint has nothing on earth to do with the color of anybody’s skin. Not even the palest albino is titanium white. The real skin color of so-called Caucasians varies enormously: if you use the terms found in Ingrid Sundberg’s widely reposted “color thesaurus,” you’ll find that “white” people can qualify as (among others) “cream,” “ivory,” “eggshell,” “tan,” “sand,” “latte,” “honey, “apricot,” “sandstone,” “rose,” or “salmon.” The same goes for blacks: even the very blackest people aren’t really “black” but “mahogany” or “mocha” or “chocolate.” If going into this kind of detail about skin color seems offensive, that’s because it is: this is exactly how white bigots used to talk. Writing a few years ago about the poet Wallace Stevens, I stumbled across the memoirs of his friend Arthur G. Powell (1873–1951), an Atlanta judge who, in his 1943 memoir I Can Go Home Again, paid, as I wrote, “a remarkable degree of attention to the shades of black people’s skin — this one was ‘chocolate-colored,’ that one was ‘coal black,’ a third was ‘of a dark gingercake color.’”

Yes, this kind of preoccupation with skin color is a part of American history, and as such it’s the sole pretext for the preposterous enterprises known as critical race theory and whiteness studies. But what does any of this have to do with Norway, of all places? Unlike the U.S. and other New World countries, Norway never was a market for African slaves. Similarly, unlike many of its fellow European nations, Norway never had an intercontinental empire. To be sure, from the 14th century through the early 20th century, Norway was in “unions” with two minor colonial powers, first Denmark and then Sweden. But in both cases, Norway was the subordinate partner — a province, really. And since it gained full independence in 1905, its relationship with nonwhite foreigners has been guided by an intense — and exceedingly expensive — desire to be seen as virtuous.

White guilt, then, shouldn’t easily be able to find a home in Norway. But this is the 21st century, and not a few ambitious European academics in the humanities and social sciences, like many of their colleagues elsewhere in the Western world, are more than eager to climb on to the gravy train that’s made race hustlers like Ibram X. Kendi and Robin DiAngelo rich and famous. They’re desperate to find some justification for applying CRT and its allied rackets, which profess to be rooted in American history, to their own native societies, even though the latter have never been multiracial and have therefore experienced virtually no history of racial friction or racial oppression. Thus we have the absurd spectacle of a professor in Norway who pretends that Norway somehow shares in the supposedly immense and indelible Western responsibility for the depredations of imperialism. Halland puts it this way: “Although Norway is not a conventional colonial power,” it “has played a globally leading role in establishing white as a superior color.” This, of course, is nothing more or less than sheer colonialism envy.

Then there’s the money angle. Halland’s project, to which she expects to devote the next five years, is being funded by the Research Council of Norway — i.e., Norwegian taxpayers — to the tune of 12 million kroner (about $1.2 million). In addition, as you can discover at her personal website, she and a collaborator named Marte Johnslien have picked up a grant in the amount of 3 million kroner from the Norwegian Artistic Research Program — also tax money — for a 2022–25 project entitled “The Materiality of White.” Who is Johnslien? Quick answer: she’s as gifted a slinger of academic jargon as Halland herself. In a recent article, she accused her fellow Norwegians of having “a great appetite for the white”: “Everybody likes the clean, clear, and modern…. the food industry has for several decades pumped things like ice cream, fish balls, marzipan, chewing gum, candy, and frosting with a material that gives them an extra-white color.” Chemicals, she noted, also whiten toothpaste and headache pills. And white, she added, is “in the paper of the books you read.” Yes, but what’s more important: the white paper or the black words?

I suspect that most Norwegians, thankfully, are as appalled as anyone else by Halland’s scam. A columnist named Are Søberg, who calls himself Sløseriombudsmannen — the Waste Ombudsman — replied to the news of Halland’s big payday by saying that he’d thought at first that the whole thing was a gag. When he realized that she was sincere, he was offended by her willingness to smear people on the basis of skin color. He found her attempt to link wall paint to racial issues utterly absurd. And the spectacle of this ivory-tower twit hurling the ugly racist label at “the boys in Sokndal who thought they were doing the world a service roughly 100 years ago by manufacturing dye that could replace more toxic leaded variants of white paint” left a bad taste in his mouth. But mostly Søberg was outraged at one more colossal waste of taxpayer’s money.

Well, as a Norwegian taxpayer, I share Søberg’s outrage. Still, I view this all hooey mainly through the eyes of a jaundiced and long-time observer of the precipitous decline of the university. It’s depressing enough when unscrupulous American professors exploit the screwy zeitgeist to make an easy buck — and, in the process, do a severe disservice to their students, bring deep dishonor to the disciplines they’re supposed to be stewarding, and, all in all, drag once-noble institutions of learning down even further downhill. But when their European counterparts are so nakedly desperate to join in this shameless whoredom that they come up with even more absurd and outlandish ways of corroding society and culture and of making an utter and ignoble farce out of the concept of scholarship — well, let’s just say that it’s obvious that higher education in the Western world is living on borrowed time, and that the more familiar ordinary citizens become with the inane activities of scoundrels like Ingrid Halland, the faster the end will come. And thank goodness for that.