The Nation’s Pulse,Top Story Black Lives Matter,Cancel Culture,George Floyd,Riots,Systemic Racism Saying No to Kneeling - The American Spectator | USA News and Politics
Menu
The Nation’s Pulse
Saying No to Kneeling
And to defunding the police, and to riots, and to charges of systemic racism.
by Michael Bennett
Protest in Washington, D.C., June 4, 2020 (Jackson Fox-Bland/Shutterstock.com) 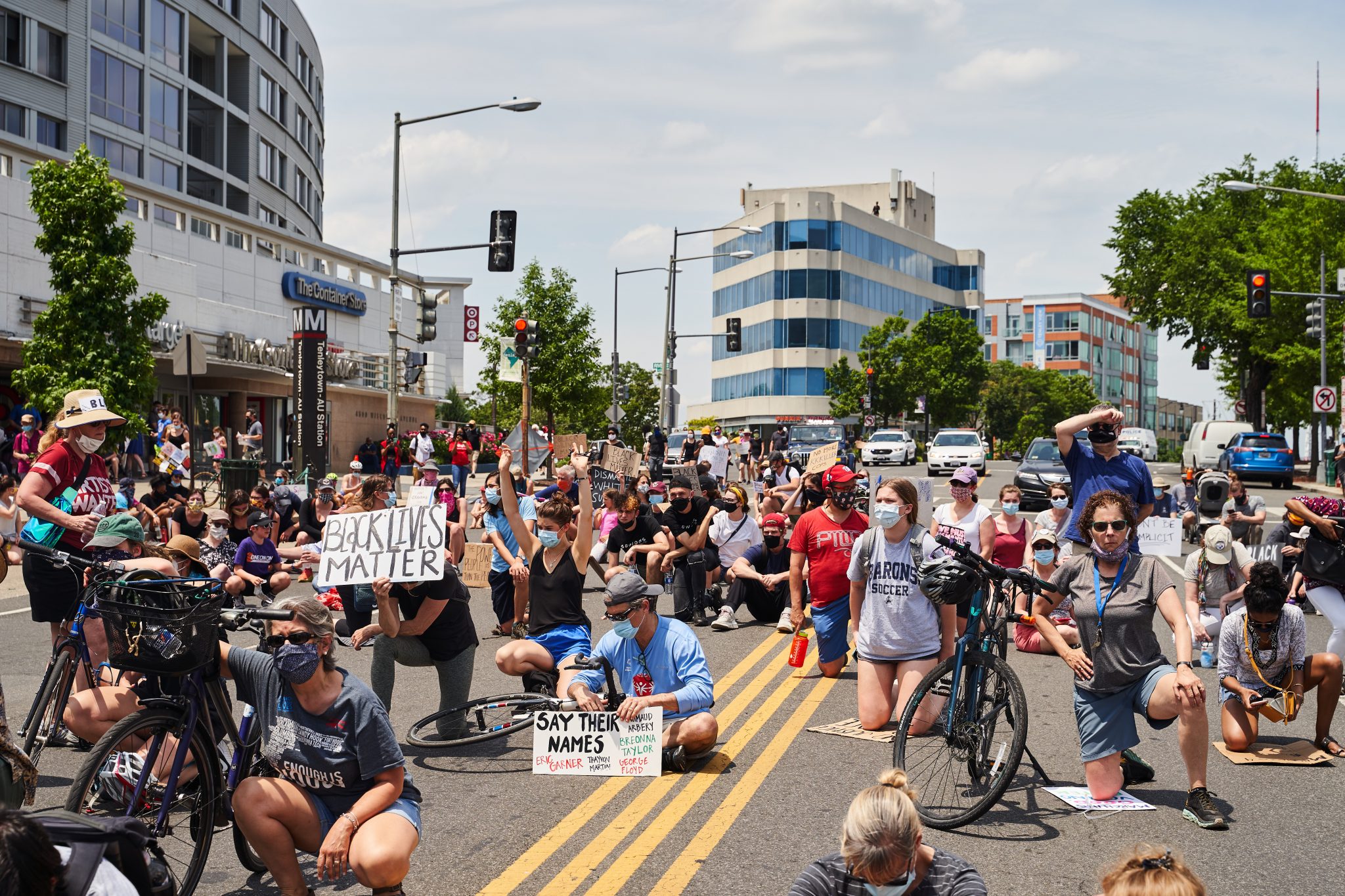 No. Just no. I will not take a knee. I will not do blackout Tuesday. I won’t be posting “black lives matter” on social media. I’m not going to cheer for the peaceful protesters (or for the looters and rioters), because they are wrong.

America is not racist. It isn’t “systemically” racist. It doesn’t have racism “in its DNA.” It doesn’t put its boot on the necks of blacks, Hispanics, Native Americans, or Asians. It doesn’t keep anybody down. There are too many examples of people of all colors and ethnicities succeeding in America. What other country, outside of Africa, has elected a black man as its head of state, for God’s sake?

“I disagree with what you say, but will defend your right to say it” has become “you have no right to disagree with me, and if you do, you’re a racist.”

Yes, there are bad individuals who live here, but Americans, as a whole, are the most generous, good-natured, color-blind people on Earth. It is that very good nature that the haters, leftists, anarchists, and race-baiters have taken advantage of. Good-hearted people of all colors and political stripes were horrified to see a video of a black man dying with a policeman’s knee on his neck. What we saw was not right. It called for justice, and so did we. But that wasn’t enough for those who saw an opportunity. It wasn’t enough that a bad cop be arrested, tried, and punished, or that a badly run police department be reformed. No. The incident had to be used to divide us and flog the narrative. It was too “good” to be let go to waste.

So, we have had supposedly “spontaneous” riots, in which pallets of bricks were mysteriously pre-positioned. We have had “stand down” orders from mayors who either acted out of fear or out of sympathy for the rioters. We have had media blaring at us about the “mostly peaceful” protests, as buildings burned in the backgrounds of their camera shots, and we have had racism touted 24/7 as the new touchstone of American society.

A civilian death, in which officers of multiple races were involved, was declared, without evidence, to be proof, not just of racism on the part of the officers involved, but of racism of police in general, and of American society at large. This “proof” has been trumpeted in the media and largely accepted by millions of people who had nothing to do with what happened. Those people aren’t racist, they don’t know any racists, but they have CNN telling them that what happened to that poor man was their fault, because they, and everyone they know, are racists (unless they black out their Facebook page on Tuesday).

The same people who would cast you into the outer darkness if you found some association between the acts of ISIS or Al Qaeda and Islam will declare you to be an auxiliary member of the Klan and flay you for your white privilege if you dare to question the Revealed Truth that 10 unarmed black men shot to death by police in all of America in 2019 (20 unarmed white men were shot to death by police during that same year, and 131 police officers of all races were killed on duty) proves that all of American society is irredeemably steeped in systemic racism.

So now it is playtime for the insane. Lunatics are calling for elimination or downsizing of police departments across the country. If there is no one to call when your home is invaded at 2 a.m., well, get used to doing without your “privilege.” Major corporations are tripping over each other to post their social justice bona-fides on the web (perhaps in the hope of not being looted; good luck with that). Cancel culture has forced those who say a kind word about the flag to issue a groveling “apology,” fired those who dare to say “all lives matter,” and expelled those who had the temerity to print opinions that differ from those of the mob. “I disagree with what you say, but will defend your right to say it” has become “you have no right to disagree with me, and if you do, you’re a racist.”

It is time for good-hearted Americans to say “No.” “No” to political violence. “No” to cancel culture. “No” to those who are working so hard to divide us and make us hate. We are good people. When we see an injustice, we fix it. But we won’t fix anything by bowing to those who hate us or staying silent while the commissars of political correctness slander our fine people and our great nation.

Michael Bennett, from Missoula, Montana, is married with two adult children. He is a chemist, a small business owner, and a former one-term member of the Missoula (aka Berkeley in the Rockies) City Council.