Blog,Top Story George Floyd,Jews,Minneapolis,Police I Will Not Kneel - The American Spectator | USA News and Politics
Menu
Blog
I Will Not Kneel
Never again.
by Bob Zeidman
Protest in New York City, June 1, 2020 (a katz/Shutterstock.com) 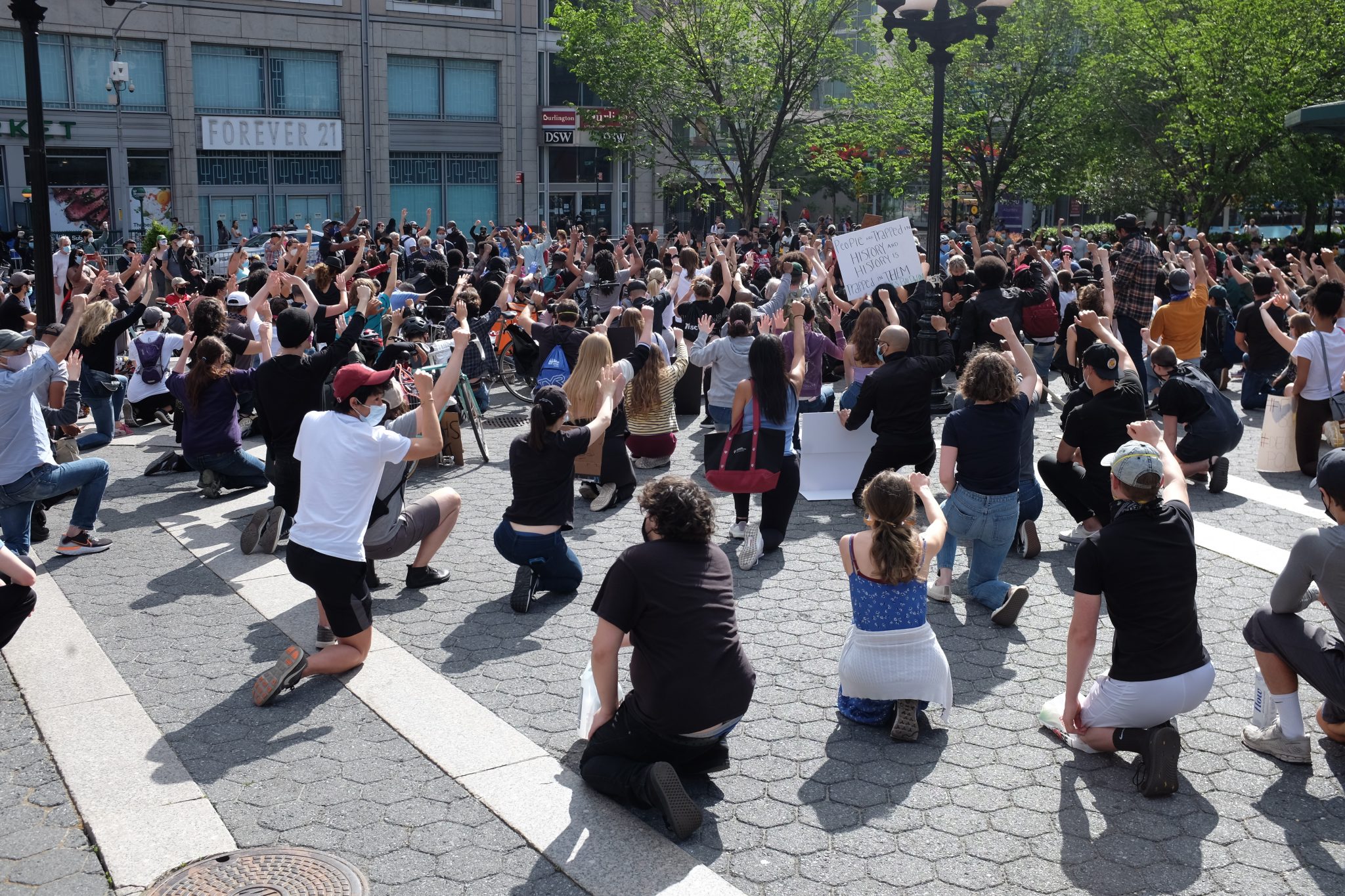 A man was brutally murdered by a policeman in Minneapolis. But I will not kneel.

I will find another way to repair the world.

The great cities of New York and Los Angeles and Minneapolis and San Francisco are burning. I will not kneel.

I will find another way to repair the world.

Synagogues in Brooklyn and Los Angeles are being desecrated. Jews are being threatened. I will not kneel.

The ghetto of Warsaw burned to the ground, but my ancestors did not kneel.

My grandfather was forced to kneel to the Czar of Russia before being conscripted into the Russian army. He taught me not to kneel.

My great aunts and uncles were forced to kneel before the Nazis before they were tortured and murdered. In their memory, I will not kneel.

As a child, a teacher at my school was shot and killed for being a Jew. I will not kneel.

In school, I was bullied and beaten for being a “white boy” and a “Jew boy.” But I did not kneel.

Rabbi Akiva had the skin torn from his bones. He recited the Shema to celebrate the greatness of God and the morality of the Torah. He would not kneel.

The Jews of the Middle East and Europe were forced to kneel for millennia until they rebuilt the nation of Israel so that no Jew would ever again kneel.

I will devote my life to repairing the world, but I will not kneel.

I am subservient only to God. Not to any person or ideology. I will not kneel.

No Jew should ever kneel.

Bob Zeidman is the founder of several successful high-tech Silicon Valley firms, including Zeidman Consulting and Software Analysis and Forensic Engineering. He also writes novels; his latest is the political satire Good Intentions, a perfect read before the upcoming election.