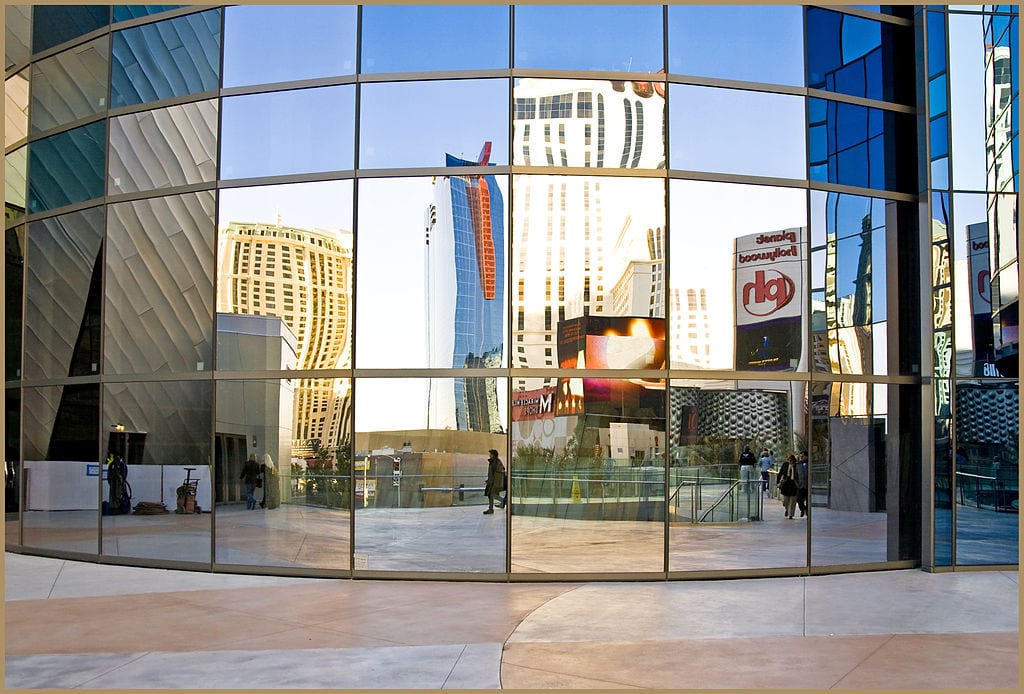 The Oakland (and soon to be Las Vegas) Raiders say they’re closer to ending their game of parking lot roulette by identifying enough spots to satisfy a requirement that is a condition of building the $1.9 billion Las Vegas Stadium on a lot near the city’s famed Strip.

Critics say the continued headache of parking is just one of many issues that are likely to affect taxpayers.

At a recent meeting of the Las Vegas Stadium Authority that’s tasked with overseeing the construction of Las Vegas Stadium, for which taxpayers will fork over a record subsidy of $750 million, the Raiders told the board it has found about 27,000 possible parking spots within a mile to 1.25 miles (or a 15-20 minute walk) from the stadium site at the intersection of Russell Road and Dean Martin Drive near the Mandalay Bay Resort and Casino.

Parking has been among the most contentious issues for the record-breaking stadium construction. The 62-acre lot has room for only about 2,400 spaces within the footprint. But that’s just 15 percent of the 16,250 parking spaces required by Clark County code for a facility that will seat 65,000 people.

Raiders team president Marc Badain said the team is in talks with various property owners to lease or buy land near the stadium to create parking lots. The Raiders are also discussing busing with the Regional Transportation Commission of Southern Nevada for parking spaces that might be too far away for fans to walk.

At one time, the Raiders were talking about a partnership with the University of Nevada-Las Vegas, whose campus is about three miles from the stadium site, but those discussions have quieted.

“I think we are lucky that we have a lot of options available,” Badain said at the meeting.

Michael Schaus, communications director for the Nevada Policy Research Institute, said the selection of the lot was a head-scratcher for many due to the logistics of getting 65,000 people into a stadium in that location.

Schaus said he has little reason to doubt that the Raiders will find their parking spaces, but at what cost to taxpayers.

“It seems more than likely that, regardless of what parking the Raiders are able to secure near the stadium, the project will serve as an excuse for local authorities to green-light more publicly funded projects surrounding the venture,” he said. “We’ve already seen this with regard to the ever-financially troubled monorail, and we’re likely to see even more as the city bends over backwards to make sure the Raiders have what they need to accommodate their fans.”

The Nevada Department of Transportation has estimated infrastructure improvements around the stadium site will cost at least $200 million, and the Clark County Commission approved setting aside $4.5 million annually of room tax money as a backup source of funding for an extension of the Las Vegas Monorail to Mandalay Bay to serve stadium foot traffic. Las Vegas Monorail Co. is attempting to secure private financing for the expansion.

As The American Spectator previously reported, the monorail has so far been a financial boondoggle. Initially costing more than $650 million, ridership numbers for the light rail that runs from SLS to MGM Grand have been far below expectation — about 14,000 per day compared to lofty goals of 55,000. The past four years’ financial statements show total losses during that period of more than $75 million.

Planners have discussed building a pedestrian overpass that would cross Interstate 15 and connect the Mandalay Bay Convention Center area to the stadium site near the new possible end of the monorail line.

New York urban planner T.M. Brown previously pointed out in Deadspin that such infrastructure improvements become “an indirect subsidy that directly benefits a single business owner at the expense of all taxpayers.”

Steve Hill, chairman of the Las Vegas Stadium Authority, said the Raiders have also discussed partnerships with the various casino-hotels on the Strip since many of those properties have large parking decks. That includes MGM-Mirage Resorts, which own the three closest casinos and parking decks to the stadium site — Mandalay Bay, Luxor, and Excalibur.

The nearby Bali Hai Golf Club south of Mandalay Bay on the Strip may be an option, but it’s — at the very least — complicated. That site, once considered a frontrunner for the actual stadium, is tied up in a tax dispute between local and federal authorities.

Clark County received that land from the Bureau of Land Management in 1998 and leased some of it to professional sports gambler Billy Walters for the golf course. But Walters didn’t have to pay rent on the land initially because the course didn’t turn a profit. An amended contract in 2011 requires Walters to pay $100,000 annually to lease the land.

Walters is now in federal prison, serving a five-year sentence in connection with a conviction last year of insider training. Following that, the Justice Department sued Clark County, asking for $75.5 million in underpaid rent for the property.