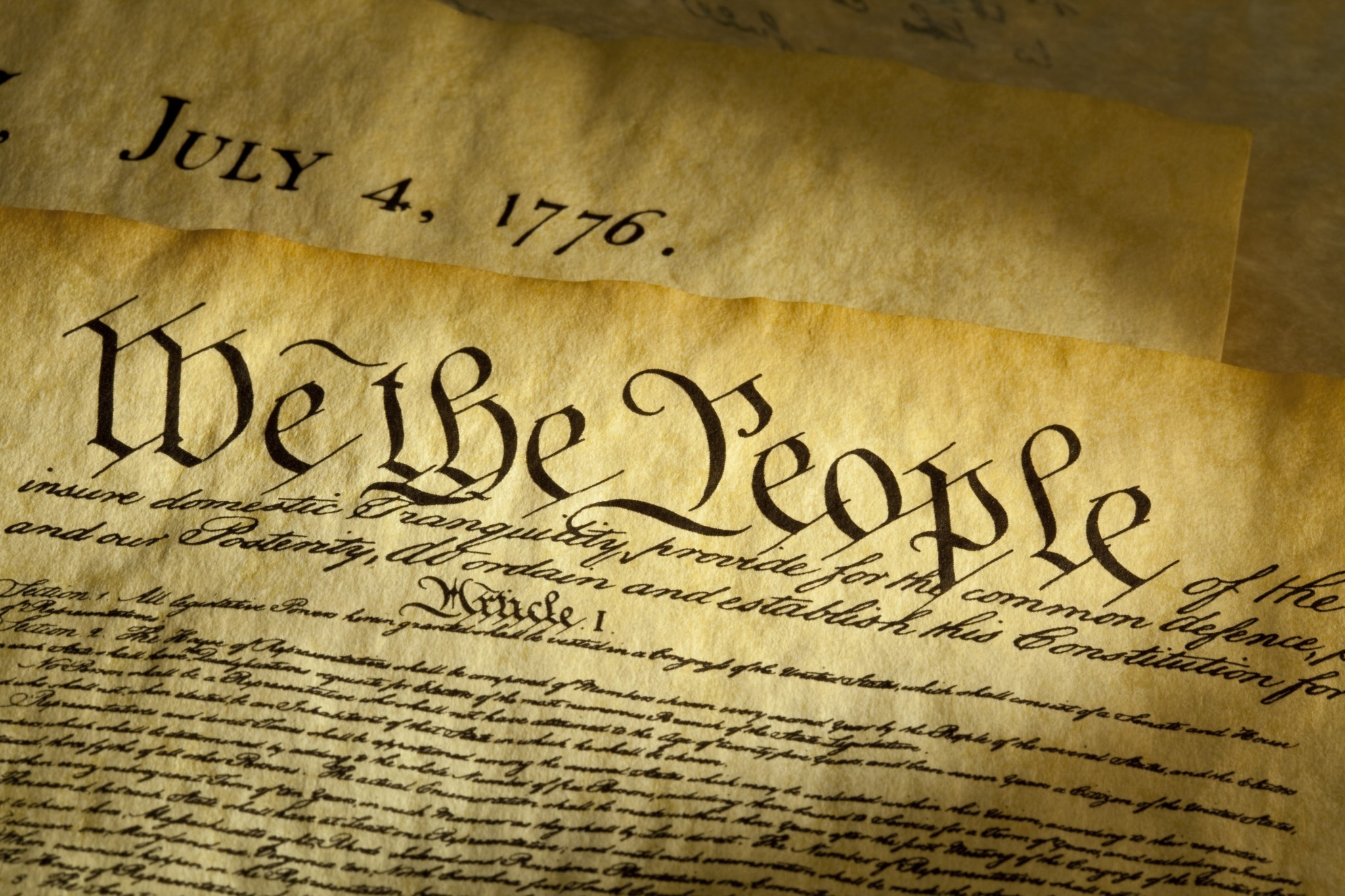 Ryan D. Doerfler and Samuel Moyn, professors at Harvard Law School and Yale Law School, have had it with our Constitution. In fact, they have had it with constitutionalism in general. On Friday, they wrote in the New York Times, “The real need is not to reclaim the Constitution, as many would have it, but instead to reclaim America from constitutionalism.” Constitutions, they claim, are fundamentally anti-democratic, imposing barriers from the past on the will of the present. Our Constitution, which they call “broken,” supposedly partakes of those maladies through a difficult amendment process, the Electoral College, a Senate proportioned equally by state, and judges with lifetime tenure.

The Left, they write, wrongly seeks to work through constitutionalism. They argue that doing so plays on a field tilted toward conservatism and preserving past principles and policies, which they say proves especially true regarding our own governing document. Progressive lawmakers and voters, Doerfler and Moyn say, should be brave enough to bypass the Constitution as they enact their own views on justice and good policy. (READ MORE: Dobbs and the Prostitution of History)

We have heard this tune from the Left before. The Progressive movement of the late 19th and early 20th centuries had a similar critique. Herbert Croly, the founder of the New Republic, claimed that the Constitution comprised a “monarchy of the Law superior in right to the monarchy of the people.” The movement implemented a host of state-level reforms to bypass the way constitutions operate in the name of more democracy.

The Progressives were wrong more than a century ago. Today’s iterations are wrong as well.

Constitutions come from a recognition that human beings sometimes act unjustly and imprudently from momentary passions like anger or fear.

First, we must learn anew the good of constitutionalism. Constitutions marked a significant step forward in the science of human government. They come from a recognition that human beings sometimes act unjustly and imprudently from momentary passions like anger or fear. Constitutions place certain principles and institutional arrangements beyond the reach of these passing episodes. They do so as an act of the sovereign people seeking to place reasonable controls on their own deeds. In other words, constitutions are democratic. They are an act of self-government that sets up the best conditions for the people’s own decision-making.

Constitutions also help bind our country together, not just across geography, but throughout time. Americans in the past still do have a say in how we govern today. Far from a denial of popular rule, this ancestral contribution adds the wisdom and experience of the ages to our own deliberations. Washington, Jefferson, and Hamilton lay buried in their graves. Yet their contributions to our own Constitution live on and guide us to this day. To reject our past, as Doerfler and Moyn most certainly do, betrays an arrogance of the present and cuts us off from our heritage.

Second, we must defend again the virtues of our U.S. Constitution. Its provisions fulfill the abstract purposes of constitutionalism as well as any written document in human history. Its separation of powers divides power among branches both to enhance government effectiveness and to limit its ability to overstep. The Constitution’s federalism recognizes the wisdom of distributing national objectives to one government and more local ones to individual states. This wisdom extends to our Senate, which still represents state interests within the national government. To subject these arrangements to the latest fads of political science would undermine the effectiveness of popular rule. In fact, with the administrative state’s flouting of these principles, our government does undermine the will of the people.

Moreover, our Constitution does limit governmental power over individual rights. We protect freedom of speech, the free exercise of religion, the right to own a gun, and various other provisions because we see them as essential to justice but in danger of popular infringement. Our Constitution comes from the people’s recognition of their own principles but also their own fallibility. By governing through our Constitution, we deliberate better about justice, commit more to the rule of law, and give ourselves time for our rational, not prejudiced, selves to rule.

One spot-on portion of Doerfler and Moyn’s piece is the call to do more through regular, statutory legislation than through judicial claims of constitutional rights. An honest review of the Constitution shows that it leaves much decision-making to the people through their elected representatives. Much room does exist for conservative and progressive policy within that document’s boundaries. Rather than trying to make the Constitution enshrine all you want and ban all you don’t like, we should see it as giving room to persuade each other and enact our policy preferences.

Therefore, the political Left and Right should reject advice like that given by Doerfler and Moyn. The Constitution is conservative in the best sense — preserving the wisdom of the past and principles that are perpetual. But its ground rules leave We the People with plenty of space to self-govern. We should see that principle as neither conservative nor progressive. Instead, it is the basis for our experiment in a government of, by, and for the people.