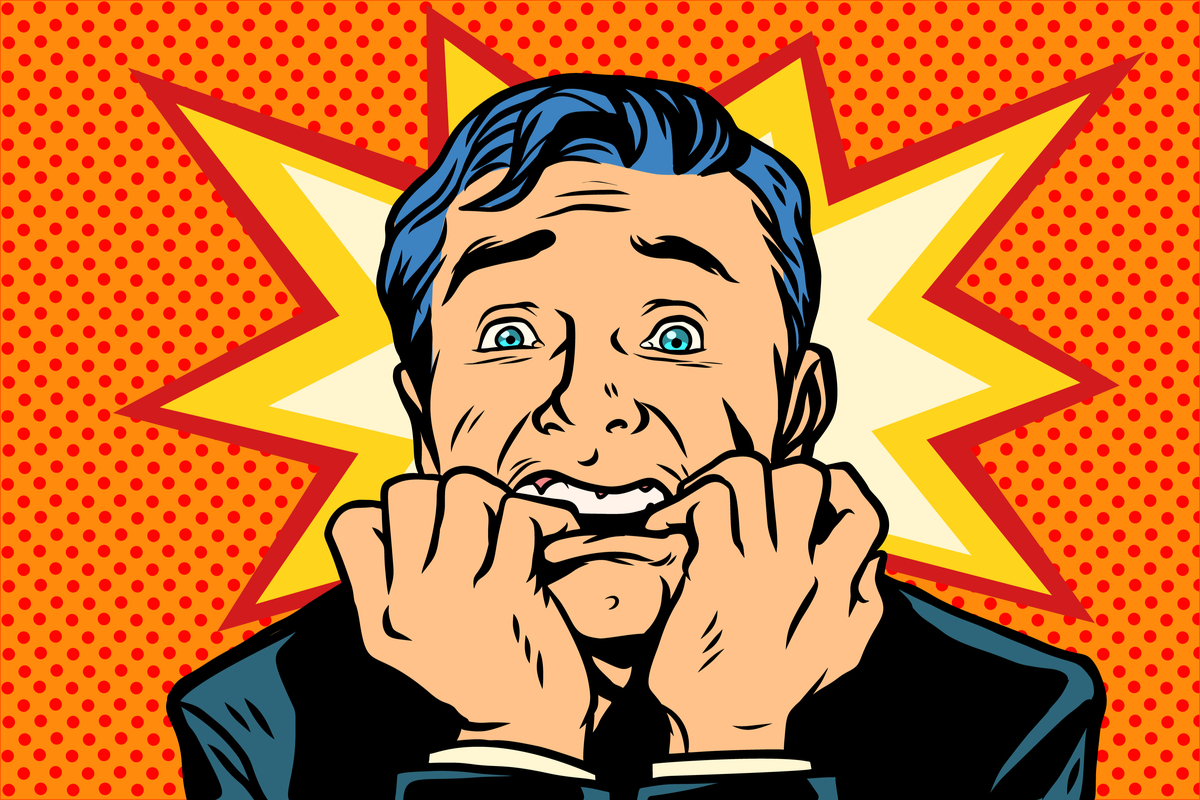 I have very brave friends. One is a diver and feeds sharks in the aquarium. Another one bungee jumps from bridges. And another, the craziest, runs a WhatsApp group for parents at school. I recently wrote to him to see if he wanted to go for a drink, and he replied like a lunatic: “This matter is handled directly by the teacher. Thank you.”

These people know no fear. They could take on the world. They are extraordinary. Maybe because the ordinary, the normal, is to feel fear. When I take off my columnist disguise, I live in fear of everything.

Compared to them, I’m a chicken. A coward. Although it is true that I have my reasons. Granted, our contemporary welfare state guarantees us millions of safety measures: against fire, against electric currents, against flooding, against earthquakes, against viruses. We’ve advanced, I suppose, but still no one can stop a nagging friend from insisting you attend his bachelor party. I live in fear of receiving his phone call, summoning me on Saturday, wearing only underwear, to Las Vegas with a rubber ducky stuck to my head.

Now that I’ve lost my fear of flying, I think I’m afraid of everything else.

The brave ones want to go the distance; cowards want to get home early. The brave settle arguments, reasoning with brute force as soon as they can, ready to brawl on the slightest sign of a traffic dispute; the rest of us would never expose ourselves to having the lapels of our jackets creased by some anonymous idiot who has run a light. And the brave generally despise the fearful, except when the bungee cord breaks; then they go enigmatically silent.

The brave are all about courage. They know everything and have everything under control. But I feel closer to a song my friend Santi from Los Limones wrote in his X-ray of modernity: “Too much science, in these moments / you’re always about to invent something new / it’s just as cold, I’m just as scared / as when life was explained with stories.” Just as scared.

Closer observation tells us that there aren’t that many reasons to go through life being a daredevil. Progress may have unlocked a great many mysteries of science, but our planet’s peaceful and safe appearance is only a flimsy wrapping in the face of our true and quite ignominious part in a tiny accident of an expendable solar system. If you don’t believe me, ask the pandemic. If I didn’t know God was in charge, I wouldn’t even leave the house. I’m more scared than a gaggle of old ladies.

Another of my most paralyzing fears is running into someone who has read any of my articles in the press. When someone wants to wring your neck, at least you know it will be brief. But there is always someone who wants to debate for hours on end about, I don’t know, Biden’s foreign policy, the compulsory wearing of masks, or the sex change of swallows. And nothing depresses me more than having to argue about something I have written. I always say that if I had the slightest intention of submitting my opinion to the judgment of all the drunks in the bar, I would not have written it down, I would have just proclaimed it at the bar. Whatever the subject, I’m becoming increasingly terrified of people who enjoy debating.

Now that I’ve lost my fear of flying, I think I’m afraid of everything else. There are animals that stop me in my tracks — especially anything that drags its belly across the floor. I don’t care if they work in the White House or not. There are household objects that make me feel like I’m in some Lovecraftian nightmare, like brooms and dustpans. And there are phrases from women that leave me trembling with fear: “Who is she?,” “Do whatever you want,” “How do I look?”

I have seen very courageous friends fall from Olympus to the valley of the fearful, and it might not be such a bad idea to show fear a little respect every so often because, after all, it is a miracle we are alive at all. This is how we live, at least until God summons us to his side; and, as grim as it sounds to release the body and walk in spirit towards the great beyond, whatever happens, it will never be worse than attending a bachelor party in Las Vegas, or than when you tell your wife that you are going for a beer with some friends, and she says to you, “Do whatever you want.”