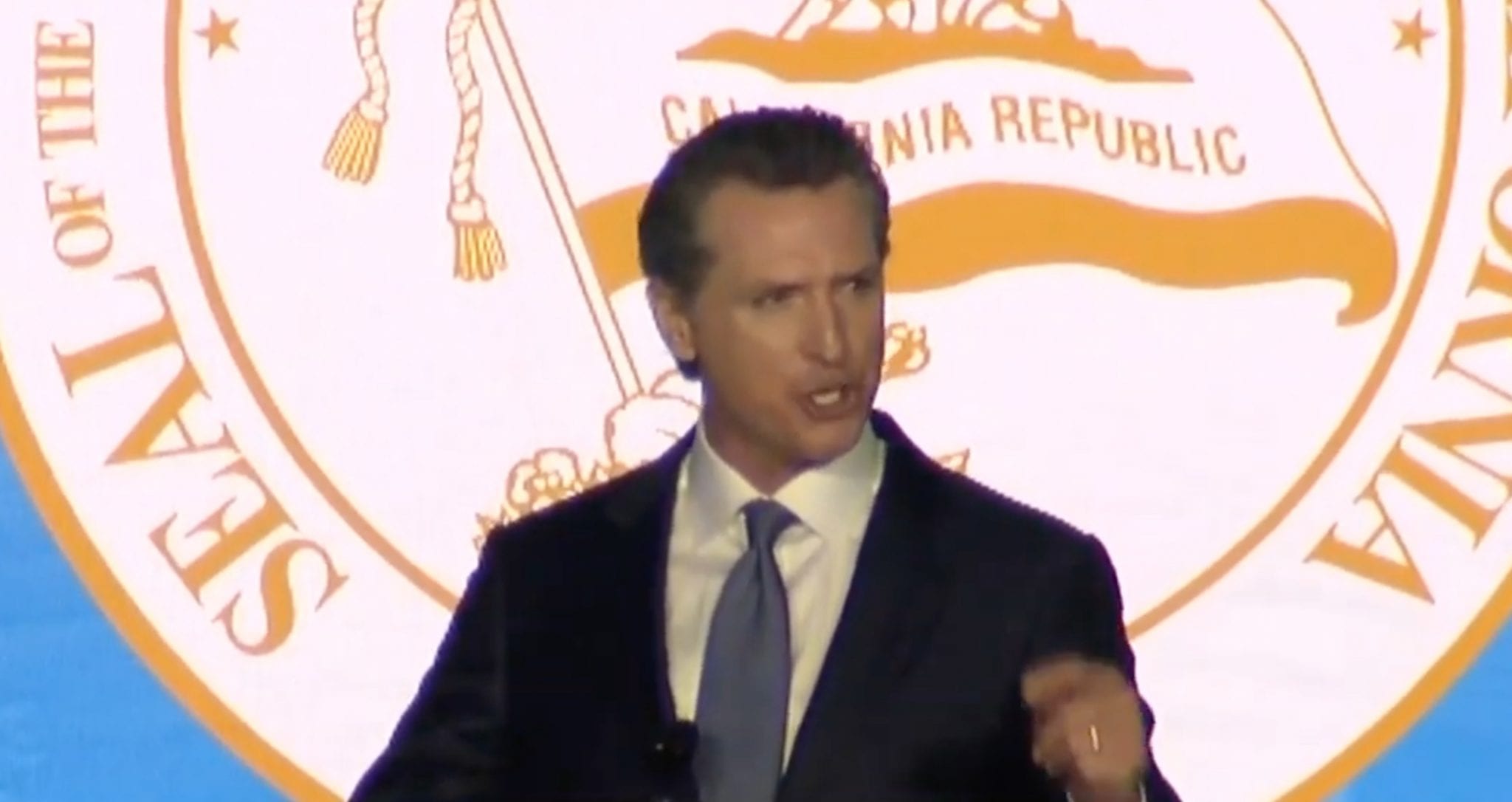 For some reason, Americans seem unsatisfied living in a society that is prosperous, relatively free, generally at peace and devoid of most of the nasty and brutish things (conquest, slavery, raping/pillaging, gulags) that have plagued human society throughout, you know, its entire existence. It’s not enough to go about our lives mostly as we please. People are motivated by authorities who promise great national projects and moral crusades to fix every imaginable problem.

“The whole aim of practical politics is to keep the populace alarmed (and hence clamorous to be led to safety) by an endless series of hobgoblins, most of them imaginary,” wrote the late Baltimore journalist H.L. Mencken. A few recent examples on the Left and sadly on the Right, too, prove that Mencken’s characterization of government officials — and the people who sheepishly follow them — is as spot on as ever. Apparently, we’ll never learn.

On Monday, California inaugurated former San Francisco Mayor Gavin Newsom as its 40th governor. He replaced Jerry Brown, who despite some fine points routinely gave apocalyptic warnings about climate change to justify his esoteric spending plans. Newsom doesn’t want to save us from the Earth’s changing climate, but he has used the same kind of highfalutin’ rhetoric. During his inaugural speech, Newsom called for “a Marshall Plan for affordable housing and lift up the fight against homelessness from a local matter to a state-wide mission.”

Our hackles should go up anytime a powerful politician calls for a Marshall Plan, which refers to the United States’ enormous aid package (100 billion in current dollars) to rebuild Europe after a world war that claimed 70 million lives and turned cities into rubble. Those were not good times. Housing prices have indeed reached disturbing levels in California, but that’s the result of our insane land-use restrictions. Homelessness is a visible problem especially in San Francisco, but a rash of makeshift homeless encampments does not equal Dresden.

These problems can be addressed — and I know I’m dreaming here — with a series of modest policies that are mainly the purview of city and county governments. We don’t need a Marshall Plan. We need a variety of decidedly non-exciting approaches involving regulatory changes, social services, policing, local shelters, non-profit activities and whatnot. Commentators have given Newsom’s speech mixed reviews, but few have zeroed in on his Marshall Plan grandiosity.

At the national level, the goofy socialist congresswoman Alexandria Ocasio-Cortez, D-N.Y. — someone who has become a rising star mainly because of conservatives’ insistence on picking on her every move — has been touting a “Green New Deal.” The specifics are vague, but a Vox reporter noted that it involves “a massive program of investments in clean-energy jobs and infrastructure, meant to transform not just the energy sector, but the entire economy.” Ocasio-Cortez once said it will be the “New Deal, the Great Society, the moon shot, the civil-rights movement of our generation.” She even referenced Abraham Lincoln’s Emancipation Proclamation in a recent interview.

Whatever one’s views on climate change, it remains something of a long-term threat — and it’s far from clear that any particular policies will save us. The market, and existing policies and subsidies, already are precipitating a move away from fossil fuels. This is a trumped up crisis designed to give the federal government enormous powers to tax, regulate, ban, spend, hector and harass the populace. Did I mention that California’s climate-change-related land-use policies have much to do with housing and homelessness crisis that Newsom wants to cure?

Conservatives are appalled at this latest bout of progressive power grabbing, but they aren’t immune from this syndrome. In a widely discussed recent discussion, Fox News host Tucker Carlson said: “The goal for America is both simpler and more elusive than mere prosperity. It’s happiness. There are a lot of ingredients in being happy: Dignity. Purpose. Self-control. Independence. Above all, deep relationships with other people. Those are the things that you want for your children. They’re what our leaders should want for us, and would want if they cared.”

He didn’t reference New Deals or Marshall Plans, but he did chide “market capitalism,” referring to it as a “tool, like a staple gun or a toaster.” That’s like calling free expression a tool given that capitalism simply is the sum total of the private economic decisions made by individuals. What’s the alternative to the free exchange of goods within the marketplace?

We don’t need government policies that promote dignity, purpose and better relationships with other people. The founders didn’t promise us happiness, by the way, but the pursuit of happiness. The fact that many people aren’t happy despite everything is totally on them. A government crusade to give Americans a sense of meaning and purpose could have as much of an ill effect as Newsom’s or Ocasio-Cortez’s plans for housing or a green economy.

Finally, we’re left with President Donald Trump’s plan to build a border wall. Although I disagree with a wall, which is overly costly and ineffective, my gripe is with his rhetoric about a national emergency. Fortunately, the president didn’t declare one in his televised address on Tuesday, but he had talked about it beforehand. National emergencies are hobgoblins that give government officials the power to exert their power in largely unchecked ways. They should be reserved for, well, actual emergencies — not the failure to get congressional approval for a public-works project.

If conservatives want a wall, they should go through the proper legislative channels to get one approved just as liberals ought to go through the proper channels — i.e., navigating their way through our system of checks and balances — to fund their priorities. But in the meantime the rest of us should be leery whenever politicians of any stripe bloviate about national emergencies, Marshall Plans, New Deals and other government-led crusades. Such things never end well, at least not for the public.