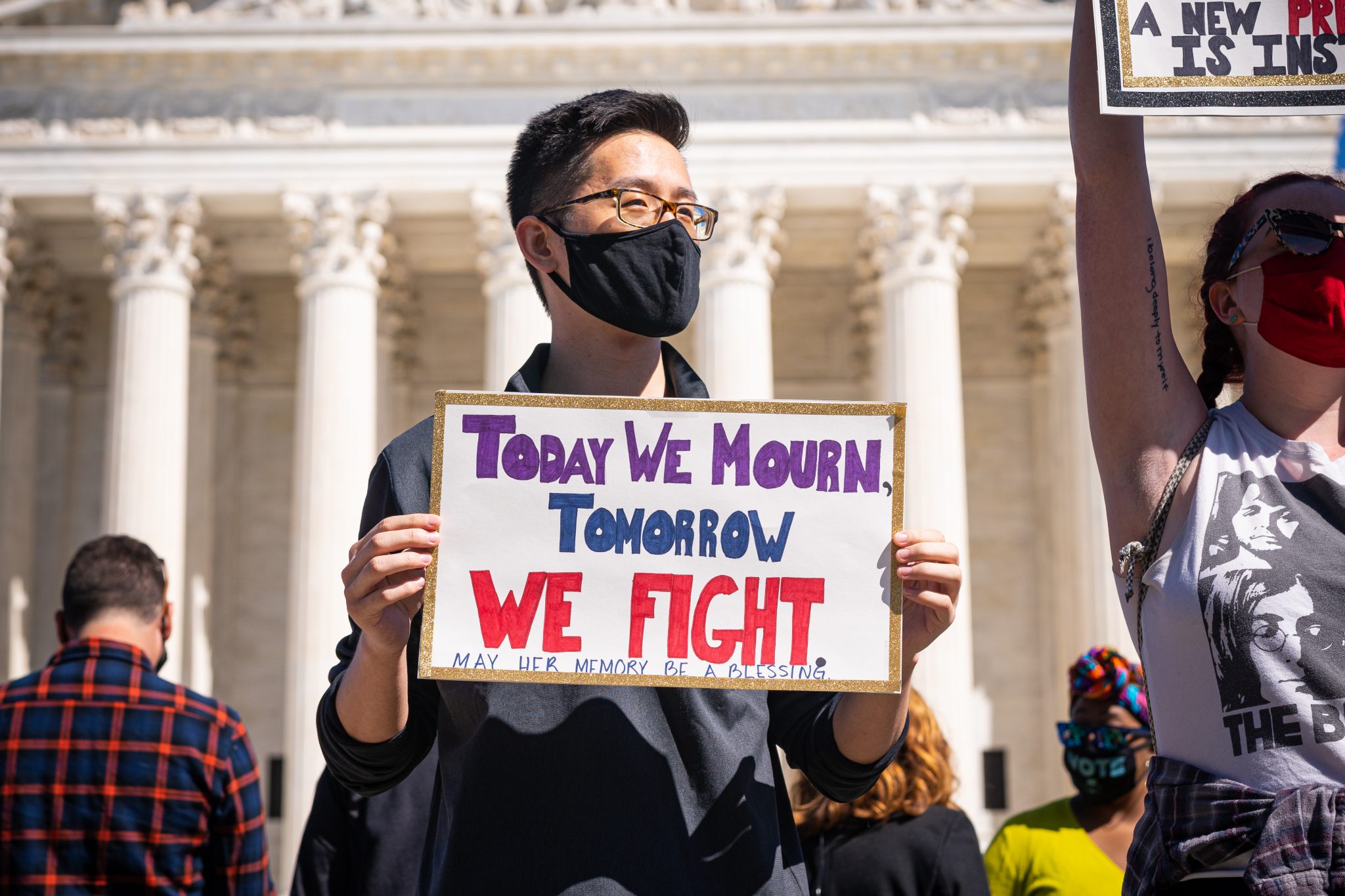 We went from Never Trump to Never Constitution in a nanosecond, it seems.

Entrenched foes of the president base their opposition on the unproven allegation Donald Trump is staining our democracy and defiling the Constitution. That arc now has reached almost full circle as the president’s enemies, desperate to deprive him of any victory, are concocting harebrained compromises outside the clear boundaries of the Constitution related to the next Supreme Court justice.

Now who’s not representing the very foundation of American democracy?

You can expect this from Democrats, as they have forever lost a mighty tool in their arsenal. When then-Senate Majority Leader Harry Reid in 2013 torched the use of the filibuster for judicial nominations, allowing a simple majority in the Senate to confirm most presidential appointments, Republicans assured Democrats they would regret it. “This is a mistake — a big one for the long run,” said Sen. Richard Shelby (R-Ala.) after the Senate voted to end the long-standing rule. “Short-term gains, but I think it changes the Senate tremendously in a bad way.”

Now that Trump is gifted with a third Supreme Court pick in the shadow of Election Day, Democrats, and Never Trumpers, are not just complaining about their bad political karma but inventing extra-constitutional caveats in an effort to stop the president and Republican Senate from confirming a justice before November 3. Even though a U.S. president earns a full four-year term per the 20th Amendment to the Constitution, and is empowered to fulfill those duties until noon on Inauguration Day, Democrats and Never Trumpers want to strip that power despite the rule of law and political precedent.

Retaliation, if Democrats take control of the chamber and the White House next year, would include eliminating the filibuster altogether, adding seats to the Supreme Court to “pack” the body with more liberals, and granting statehood for Washington, D.C., and Puerto Rico — or even impeachment!

Anti-Trump activists already are planning post-election mayhem; participants for the Transition Integrity Project have “war gamed” a response to several election outcomes, including unconstitutional tactics to install Joe Biden even if Donald Trump wins. This debacle would add to the pre-planned chaos.

Once again, the group known as Never Trump is aiding the Left’s latest political attack. Loosely formed in 2016 to oppose Trump’s candidacy, this allegedly “conservative” collection of former magazine editors, political columnists, and campaign strategists have expanded their target list to include the Republican Party — many openly support Democratic candidates, including Joe Biden — and now the U.S. Constitution.

The Lincoln Project, a misnomer to say the least, was founded earlier this year by disgruntled Republicans. It promises to hold accountable “those who would violate their oaths to the Constitution and would put others before Americans.” The nonprofit is largely funded not by Republican but Democratic donors.

Like so many Never Trump outfits, the Lincoln Project practices what it preaches: accusing Donald Trump of routinely defiling his oath of office and violating the Constitution. But a day after Ruth Bader Ginsburg’s death, Lincoln Project principals began threatening the president and Sen. Mitch McConnell to not fulfill their oath of office, and violate the Constitution.

McConnell “has no understanding of the importance or value of restraint in a democratic society,” the group tweeted in a statement on September 19. Fully acknowledging that the president and the Senate are lawfully empowered to proceed, the Lincoln Project nonetheless lectured that “just because something can be done, does not mean it should be done.”

In other words, an activist group that pledges to stop an allegedly rogue president from exceeding his authority has done a full pivot to demand Trump does not lawfully discharge the duties of his office.

Other Never Trumpers offer a weirder gambit, concocting a tradeoff rooted in neither the Constitution nor political reality. Ignoring the Constitution in lieu of promoting “statesmanship,” these Never Trumpers are imploring Republicans to delay the process, either the hearings or the Senate vote or both, until after the election in exchange for a promise by the Democrats “never to vote for a court-packing scheme.”

This is surrender wrapped in a faux cloak of diplomacy and decency. Either Never Trump hasn’t paid attention to the brazen assault the Democratic Party has launched against the country, or they are fully aware and want to aid that effort.

Either way, there is nothing “conservative” about it. The president and Republican Senate should move forward without their imprimatur.

Julie Kelly is author of Disloyal Opposition: How the NeverTrump Right Tried and Failed to Take Down the President.