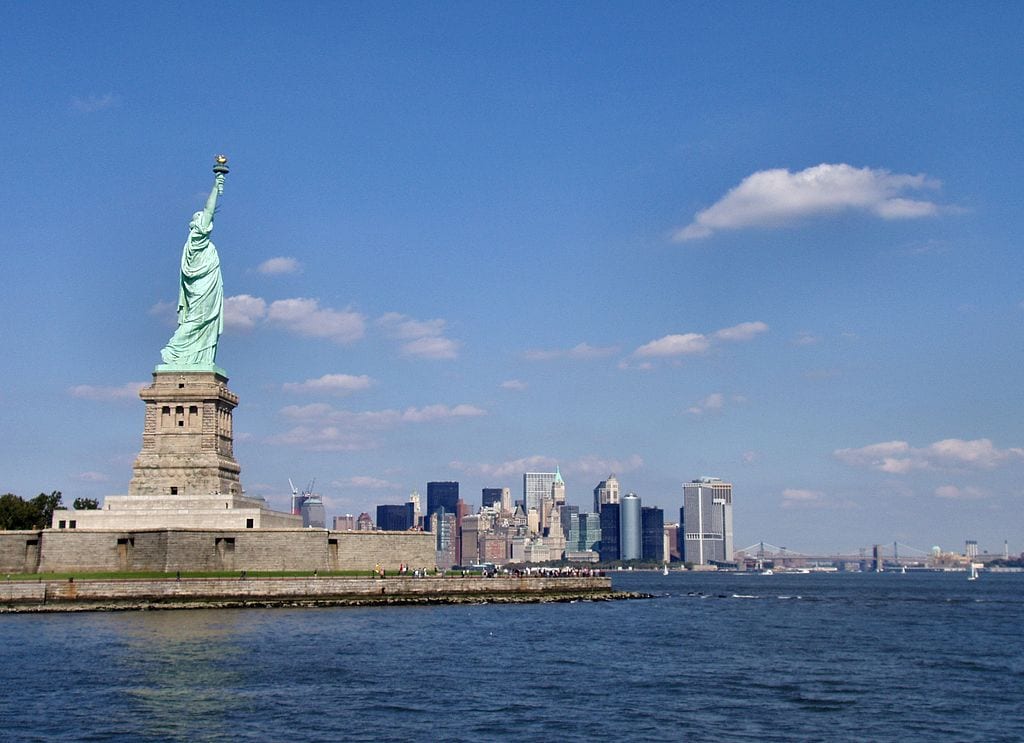 “America Was Never That Great” does not pop as a campaign slogan, at least in America, the way “Make America Great Again” did. It falters more as history.

The air conditioner saving Cuomo from melting onto the podium, the electric lights illuminating him for the audience, and the teleprompter he wished he had relied upon all came to the world from American inventors. Motion pictures, synthetic rubber, nylon, computers, airplanes, and so much else that makes lives better resulted from American ingenuity.

The United States exported baseball, rock ’n’ roll, chocolate chip cookies, and almost every great classic movie to the world. We helped eradicate yellow fever and created a vaccine for polio. Americans won a share of the Nobel Prize for Medicine in 55 of the last 75 years. Americans first trod on lunar soil, experienced the speed of sound, and explored the North Pole.

The U.S. armed forces helped liberate slaves, free Europe from the Nazis, and defeat the Evil Empire without firing a shot. America rebuilt the places it destroyed. Since Andrew Cuomo’s birth, his homeland — he was actually born here despite his self-birther insistence otherwise — took in four times the number of immigrants as the world’s second-leading destination point.

But for Andrew Cuomo, all of this does not translate into greatness.

In other words, Cuomo finds America less than great next to fantasyland. In fantasyland, everyone lives life to their full potential and nobody, not even a comedian, stereotypes. Perhaps there the government dispenses free popsicles, teenage boys play video games for pay, and The Beatles never broke up, too. Fantasyland beats the United States on greatness metrics in all but one category. The United States exists. Fantasyland does not.

Ideals remain worth striving for. But as bases of comparison, they fail in that they rig the game so that everything fails next to them. When you compare America to places that exist outside of our minds (Pakistan, Nigeria, Venezuela, etc.), the country starts to look quite pleasant and impressive. We appreciate anything more when reality and not fantasy serves as the reference point.

America’s greatness does not negate the greatness of other peoples. The Chinese bequeathed the compass, gunpowder, and much else. A Scottish physician discovered penicillin. Through Arabia the Indians gave the world the numbers most use. The people of those cultures rightly feel pride in their contributions. Why should Americans feel shame?

A multiculturalism, which scolds us to respect and even laud maladaptive cultural practices elsewhere while it pushes us to reflexively bash anything and everything American, remains fashionable within contemporary liberalism. A sad-sack vibe runs in the Cuomo family. These phenomena help explain Wednesday’s remarkable remarks.

During the most vibrant year for the American economy during Cuomo the Younger’s Life, Cuomo the Elder fixated on people living in “sheds” and homeless shelters in his famous keynote speech before the Democratic National Convention. Mario Cuomo explained that President Ronald Reagan “ought to know that this nation is more a ‘Tale of Two Cities’ than it is just a ‘Shining City on a Hill.’” If they were the worst of times for the Democratic Party, which lost all but one state in that year’s presidential election, they were the best of times for many Americans, who enjoyed a Carl Lewis-economy sprinting along at a growth rate of about seven percent.

Thirty-four years later, the son repeats the Debbie Downerism of the father during yet another economic boom. Funny that after the country turns on leftists at the ballot box, some prominent leftists turn against the country on the stump. Surely more politically expedient ways exist to win back those votes.

People in the room — at San Francisco’s Moscone Center in 1984, at Manhattan’s Manny Cantor Center in 2018 — might have appreciated the message (audible gasps suggest not all did on Wednesday). But with cameras rolling, knowing the audience means knowing you speak to people outside of the room. Andrew Cuomo may appeal to a segment of Democratic primary voters in 2020 (a candidate just needs a segment to win in a crowded field) through such rhetoric. And he may erode support from Cynthia Nixon’s insurgency run against him as he seeks a third gubernatorial term. But even in an America that increasingly tears down statuary and street signs, bashing America does not win one the presidency.