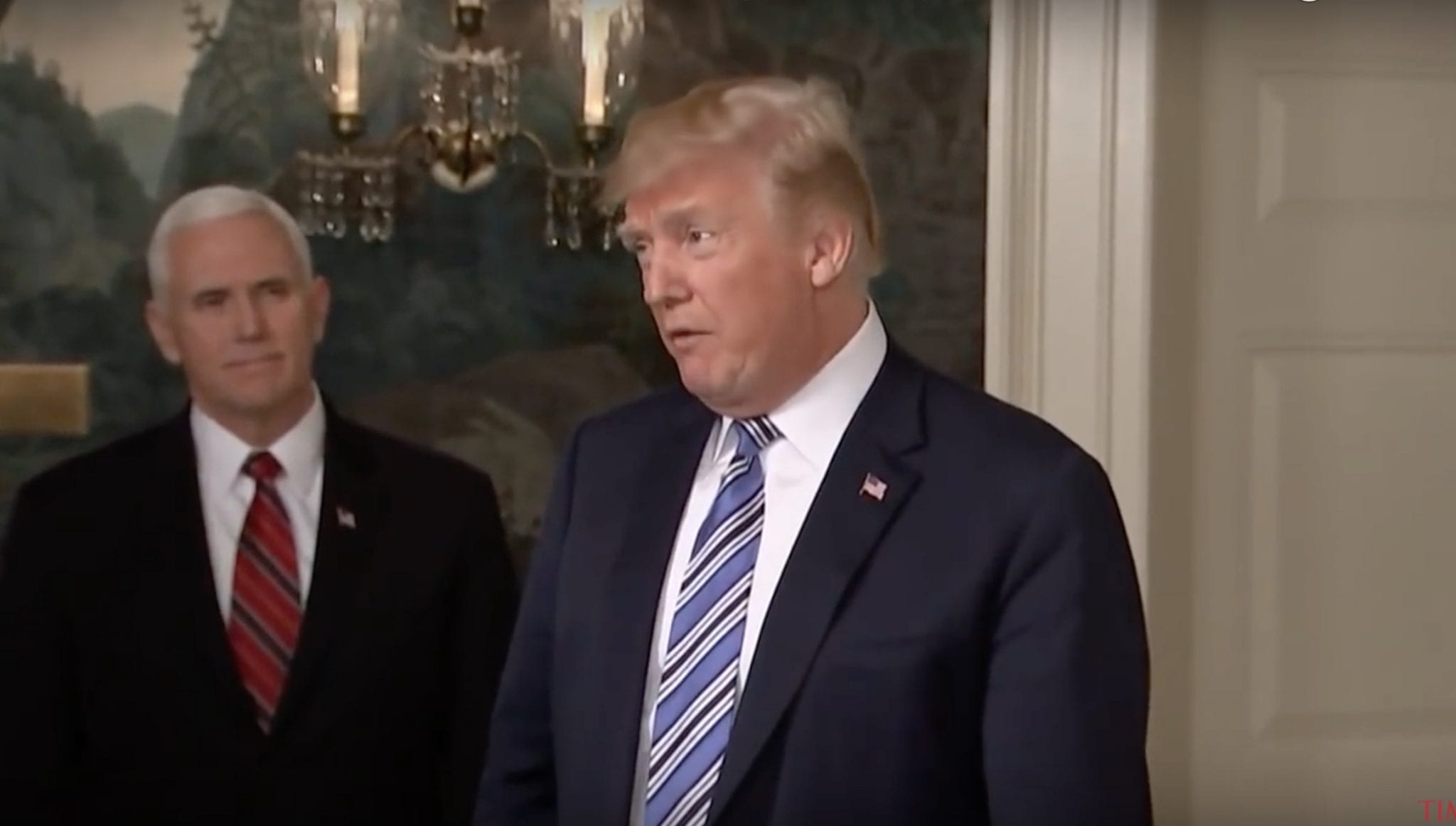 One of the first rules of politics is to never say never and always avoid the word “always.” President Trump violated that rule when he signed the new omnibus $1.3 trillion spending bill last week.

The president said, “There are a lot of things I’m unhappy about in this bill.”

He vowed to “never sign another bill like this again.” Trump will come to regret that statement.

There were a lot of reasons to not sign this bill, and only two good reasons to do so which we’ll get to in a minute.

It’s obvious that the Republicans and Trump got rolled. The bill precludes the president from penalizing cities and states that declare themselves sanctuaries for illegal aliens. It provides zero funding for the president’s border wall, putting up a small amount of money for repairs to existing barriers and fencing.

The bill also denies funding to hire the thousands of new border patrolmen the president wanted.

Nothing in the bill allows the president to free the insurance markets from Obamacare restrictions.

If all that weren’t enough, the House and Senate raised their own budgets including salary hikes to staff.

Senate Democratic Leader Chuck Schumer said, “In a certain sense, we’re able to accomplish more in the minority than we were when we had the presidency and even were in the majority.” Unfortunately, he was right.

Conservative member Jim Jordan (R-OH) said it all when he said it was the most awful bill he’d ever seen. Jordan has been in office since 2006 and served all through the Obama era. His statement is enough of a condemnation of the 2,232-page monstrosity to satisfy anyone on our side of the political aisle.

The bill is conclusive evidence that the Republican control of Congress is a myth and a demonstration of the lack of political leverage the president and the ephemeral Republican majority have in Congress.

Last week was the point of maximum pressure Trump could have exerted on the Dems. If the government shut down, it would have been their fault and he could have taken to Twitter and every news program to say so. The Democrats were weak, but not weak enough to not have summary control over the Senate and effective leverage in the House.

At this point, it’s not too early to predict that there will never be a border wall, and that there will not be any further controls over “sanctuary cities” and states. Oakland Mayor Libby Schaaf, who infamously warned illegals of coming raids by ICE agents, should and will be prosecuted. That’s good, but not nearly enough. The president will never be able to use the best weapon he had — cutting funds to sanctuary cities and states — thanks to this cave-in.

The only good reason for Trump to have signed this bill is the $80 billion increase in defense spending bought at the expense of about $67 billion in added domestic spending.

For far too many years, the defense budget has been slipping and sliding along on “continuing resolutions.” The “CRs” continue the budget in the same amount as there had been in the preceding fiscal year.

The effects are enormously damaging to defense. As my friend Dave Patterson, former deputy Pentagon comptroller, explained, if a regular Pentagon spending bill is enacted on or before September 30 when the fiscal year ends, the money can be spent effectively. New programs – new ships, aircraft, computers, etc. – can be begun.

When regular annual appropriations aren’t enacted, the continuing resolutions effectively block increased and redirected spending because new starts aren’t included in the line-by-line Pentagon budgets. For example, as a result of last year’s CR, Air Force Secretary Heather Wilson said it would (and did) delay the award of a contract to build new trainer aircraft to replace the ones dating back to the Vietnam era.

One of the good reasons for Trump to have signed the bill is that the $80 billion boost in Pentagon spending will enable contract awards to go ahead, pilots and other military people to be brought on (the Air Force is short more than 2,000 pilots, making the accomplishment of missions almost impossible), and desperately needed money to be spent on repairing ships and aircraft which, after nearly seventeen years of continuous war, are no longer capable of performing combat missions. At last report, 70% of Marine F/A-18s can’t fly combat and 30% of the entire Air Force inventory is in the same awful condition.

The $80 billion appropriated last week isn’t enough to accomplish all the readiness repairs, but it’s a good start.

The only other good reason for Trump to have signed the bill is that it contains the “Taylor Force Act,” named in honor of an American murdered by a Palestinian terrorist in 2016. The Palestinian Liberation Organization pays terrorists jailed after their attacks, or their families if they are killed as a result of the attacks. The Act enables Trump to cut funding to the Palestinians until they stop paying those benefits.

Do these two aspects of the bill justify the president’s signature? Perhaps. The military is in urgent need of readiness appropriations and the ability to start new weapon system programs. Russia and China are spending enormous sums on everything from stealth aircraft to hypersonic weapons and anti-satellite weapons. The misbegotten F-35 is absorbing the Air Force and Navy acquisition budgets to an unprecedented degree. The “Taylor Force Act” should have been the law for at least a generation.

The price of the president’s signature, as I said earlier, is principally in lost leverage. The leverage wasn’t much before he signed, given the faux-majority in the Senate and the inability of House members to push a conservative agenda forward. Politics requires compromise, but the Democrats are having their way.

When the next big spending bill comes up, the president will again face the choice between surrendering his agenda and facing a government shutdown. When he said he’d never sign another bill like this omnibus mess, he guaranteed that he’d never be faced with any spending bill unlike it. It was a bad deal, but probably the best bad deal he could have made.

There is a sense of foreboding in the omnibus bill. If the Republicans lose their ineffective majority hold of the Senate and lose a bunch of House seats, this bill will represent the high-water mark of the Trump presidency. We all know what the first item on Pelosi’s agenda will be if she becomes speaker again.