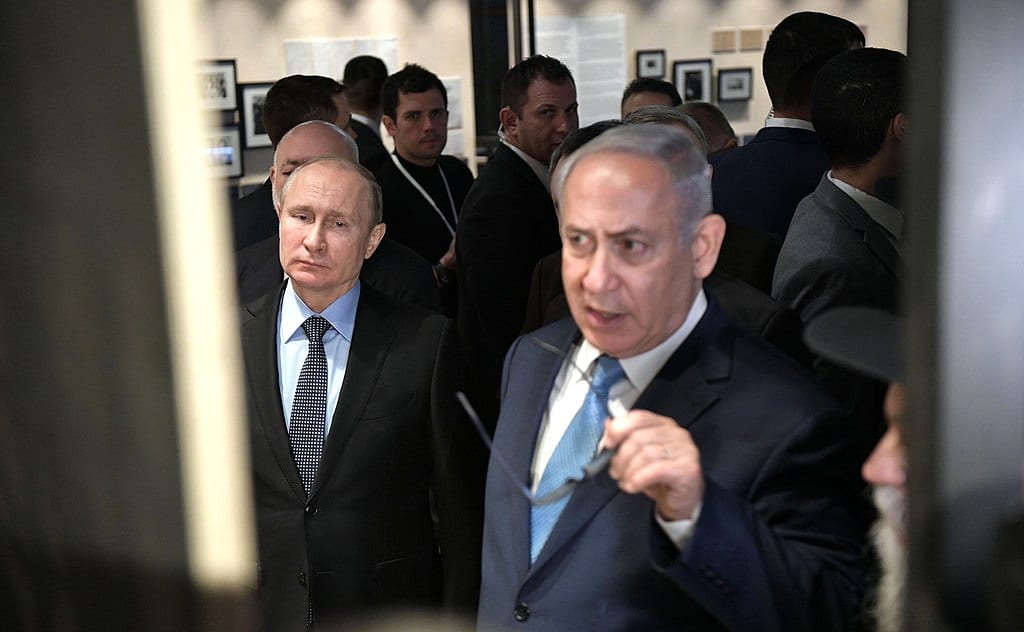 Barak Ravid of Israel’s Channel 10 News reports that the national security adviser to the Putin Regime in Russia, Nikolai Patrushev, floated an unofficial plan to his counterpart in Israel that might have mitigated the potential of a major war breaking out soon in the Middle East. According to the report, the plan would have made Israel the arbiter of a proposed great power peace between Russia and the United States that would have been aimed at peacefully ending the Syrian Civil War and forcing the Iranians to abandon their dreams of regional hegemony.

The “Patrushev Paper” was a classical diplomatic maneuver that great powers on the outs with each other typically engage in: they backchannel through an intermediary. The Chinese went through Pakistan in order to goad the Nixon Administration into the historic opening between former American President Richard Nixon and former Chinese strongman, Mao Zedong. In this case, Russia wanted to go through Israel to backchannel to Washington.

The plan was simple enough. Russia — with its deep level of influence in both Syria and Iran —  promised to assist the West in removing all Iranian forces presently fighting on the side of Syria’s dictator, Bashar al-Assad from Syria (their presence posing a direct threat to Israeli national security). In exchange, the Russians wanted the United States to withdraw its forces from eastern Syria (while also promising not to impose new sanctions on Iran over their illicit nuclear weapons program).

Moreover, Moscow’s plan was an attempt at a wider, more direct and prolonged negotiation to ameliorate the horrific hostility shared between Moscow and Washington. Part of the plan the Putin Regime wanted the Netanyahu government to pass along to the Trump Administration entailed a lengthy discussion on the United States removing the onerous sanctions that President Trump has imposed on the Russian economy. The proposal was everything that the Trump foreign policy has been striving toward in both the Mideast and, more generally, with Russia.

Israel could have not only secured itself from Iranian mania in the region (through diplomacy with Russia), it could have also become the centerpiece of a new Russo-American entente.

Yet, all politics remains local. You see, Prime Minister Netanyahu categorically rejected the Russian plan because he believed the United States needed to impose harsher sanctions on Iran no matter what. For Netanyahu, removing the direct threat that Iran’s nuclear weapons program poses is everything. But the United States does not believe engaging in another Mideast war is the best way of accomplishing this task.

Meanwhile, Netanyahu has found himself in a precarious domestic political position. Facing exaggerated accusations of corruption, while being perceived as weak for his handling of the Hamas situation in the Gaza Strip, Netanyahu has been attempting to reestablish his bona fides as a defense hawk for the better part of a year. It is more than likely that Netanyahu believed forwarding the Patrushev Paper to Washington would undermine his ability to toe the line on Iran and would be the kiss of death for his political future.

When historians look back on this period of time, they may point to the Patrushev Paper as the greatest missed opportunity for avoiding a major war in the Mideast. The Russian proposal was a rational and hopeful move toward real, lasting peace. At the very least, it would have opened the lines of communication between the two nuclear-armed great powers of Russia and the United States, and it might have accomplished the herculean task of placing Iran back in its containment.

Thankfully, in geopolitics, failure is not always fatal. Russia has made clear its intentions to become the new powerbroker in the Middle East. In order to achieve this herculean task, Moscow will need Tel Aviv to stabilize its role in the Levant. Besides, Russia is about to be caught in the crosshairs of centrifugal forces in the region — as their nominal partner, Iran, moves to threaten Israel from Syria and Lebanon, and Russia attempts to rein the Iranians in. At the same time, the United States is handing off the Syrian problem to Turkey. Most assume that Turkey will slaughter the Kurds and look the other way as ISIS returns.

This is not so.

Turkey’s arrival on-scene will likely cause tensions between themselves, Iran, and Russia to escalate, meaning that Russia will be unable to consolidate its newfound position in the region on its own. Russia will need Israel. Therefore, when the opportunity next arises — and this will likely be the last chance before the shooting starts in the region — for Israel to act as the broker between the United States and Russia, it shouldn’t shirk from this strategic opportunity.