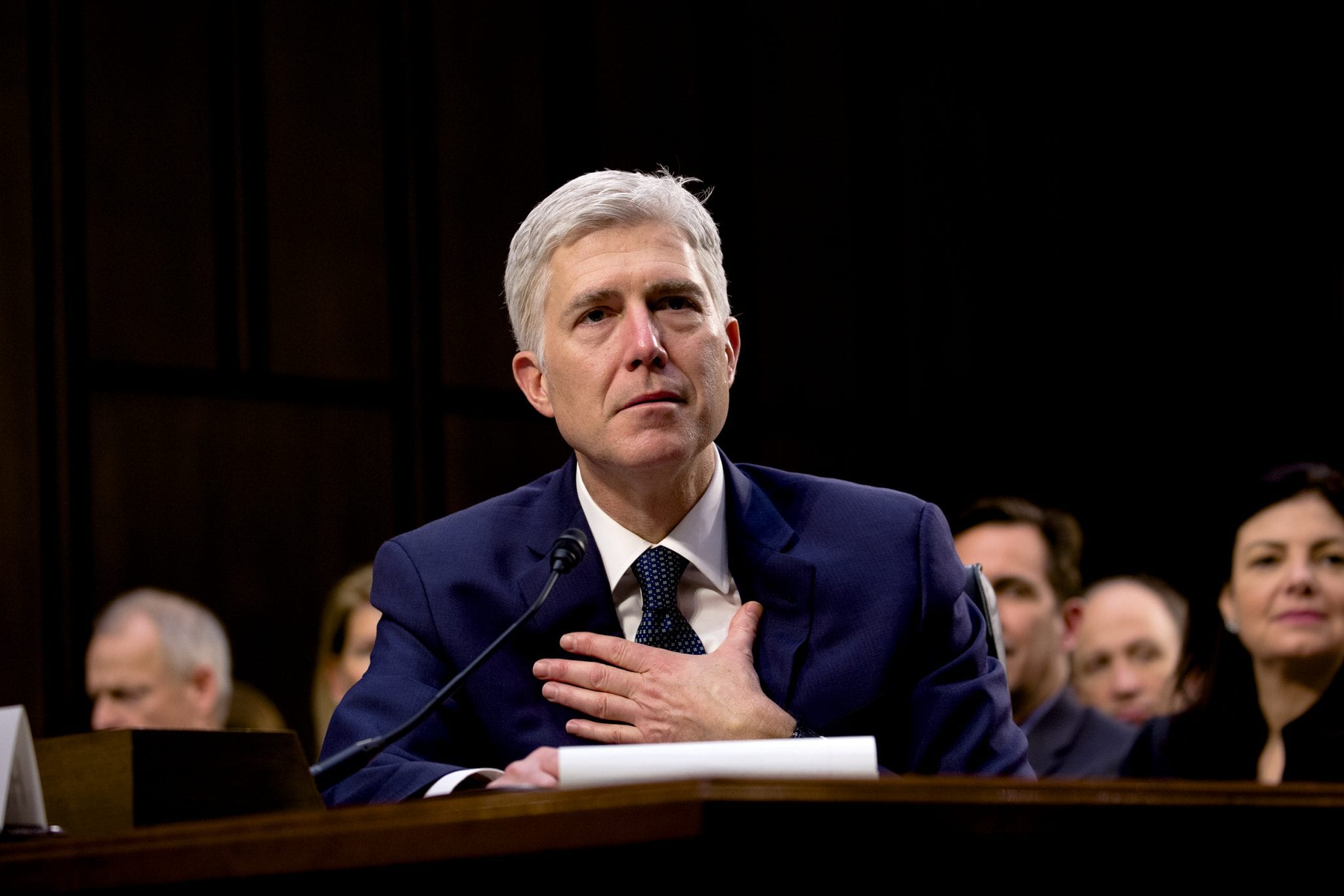 In Federalist 78, Publius (Alexander Hamilton) distinguished the three branches of government in part by a characteristic inherent to each. While he defined the legislature by exercise of will and the executive in its use of force, the judiciary possessed “merely judgment.”

Understanding this judicial trait goes far in explaining Justice Neil Gorsuch’s new book, A Republic, If You Can Keep It. In it, the 2017 Supreme Court appointee articulates the judicial perspective and in so doing exemplifies the judicial temperament.

A Republic was not the product of one conscious effort. Instead, it weaves together mostly prior writings, including speeches, articles, and judicial opinions. Accumulating disparate sources has its predictable downsides. But, given its varied origins, the parts comprise a admirably coherent and compelling whole. 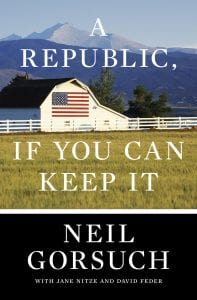 Justice Gorsuch opens the book, not with judging, but with a discussion of civics and civility. He warns that “just as we face a civics crisis in this country today, we face a civility crisis too.” Too many Americans know neither our political principles nor how to engage in fruitful political discussion. Both concerns show a distinctly judicial temperament. Regarding civics, the judicial role focuses to a special degree on the Constitution and the law. It makes sense that this focus places heavy emphasis on citizens’ knowing both. The concern for civility stems from this focus as well. Aristotle described law as reason free from passion. It is no wonder that a judicial officer would give pride of place, then, to rational discourse.

Beyond a judicial disposition, Gorsuch discusses the judicial task. He describes judging as an “art.” Judging as art contrasts to understanding the endeavor as “some mechanical science,” a term that Gorsuch defines as “always yielding a single obviously right answer.” Correctly coding a computer program yields perfectly predictable outcomes. Yet the judicial function does not consider machines. Laws are not computers; nor are the human beings who both make and are subject to them. Each one’s freedom, fallibility, and complexity demands a different kind of skill. It requires a subtlety that considers the law’s relation both the common and to the distinct, to truth and to error. As art, it involves the skillful application of the law.

Art, then, must utilize means. The correct means, Gorsuch argues, seek to uphold the rule of law, meaning that legal texts control cases’ outcome. Those means thereby should subvert the judicial alternative, wherein judges rule by manipulating the text in service to their own preferences.

Gorsuch’s means will be familiar to judicial observers: textualism and originalism. He argues that these terms are two sides of the same coin:

Justice Gorsuch breaks little new ground in the defense of these means, instead consciously channeling arguments from his predecessor on the bench, Antonin Scalia. But his apology on their behalf is thoughtful nonetheless. The very concept of written law, he suggests, demands some fixedness to the text. And our form of government — popular rule exerted through law — demands adherence to legal texts as their originators meant them.

Gorsuch’s able apology requires that he address the place of judicial precedent. That place commands much attention on and off the court, with the status of Roe v. Wade overtly or covertly in view. Gorsuch understandably elides the abortion issue. But his discussion of precedent’s place in our system itself seems wanting. Gorsuch defends originalism and textualism as vastly superior alternatives to judge-made law. Yet he expresses respect for past judicial decisions, even when those decisions might run contrary to the law’s text and meaning. That looks like judge-made law. While he to some degree acknowledges this tension, the reader leaves not entirely sure how a judge should proceed.

In addition to temperament and task, Gorsuch discusses the judge’s place. He considers its broader context, bestowing special emphasis on the Constitution’s separation of powers. In so doing, Gorsuch is among the foremost articulators and defenders of this system; he is certainly the ablest on the current Court.

Gorsuch locates separation of powers’ purpose in the broader ends of government: “Our founders knew that the surest protections of human freedom and the rule of law come not from written assurances of liberty but from sound structures.” None is more sound, he argues, than the distinction of legislative, executive, and judicial functions.

But that observation in itself does not set Gorsuch apart. His unique ability shines through in how he explains the essence of and the relationships among governmental functions. Discussing legislative, executive, and judicial power, Gorsuch denies that “these separate categories empty ones to the founding generation.” Instead, each governmental function is inherently distinct. Other judges might get this far. But they often leave the definition of these powers at a high, even vague level of abstraction. Gorsuch, by contrast, deftly describes the nature of each power in detail. He points up that “the framers recognized that each branch had not only a virtue to offer but also a vice to guard against.” Legislative power is fitted for deliberation, executive for action, and judicial for interpretation. The Constitution structures each branch to fulfill the good in these qualities. It then guards against each one’s downsides by maintaining separation of functions within proper institutions. Gorsuch shows in illuminating fashion how these distinctions play out in real life cases as well as how they matter for individual liberty. It is a model defense across the board.

All told, A Republic If You Can Keep It provides an excellent discussion of the Constitution’s structure and of the judge’s role within it. But it does more; it exhibits the mind of its author. Therein, we see Neil Gorsuch, a man specially fitted for the robes he wears: a judge in full.

Adam Carrington is assistant professor of politics at Hillsdale College.