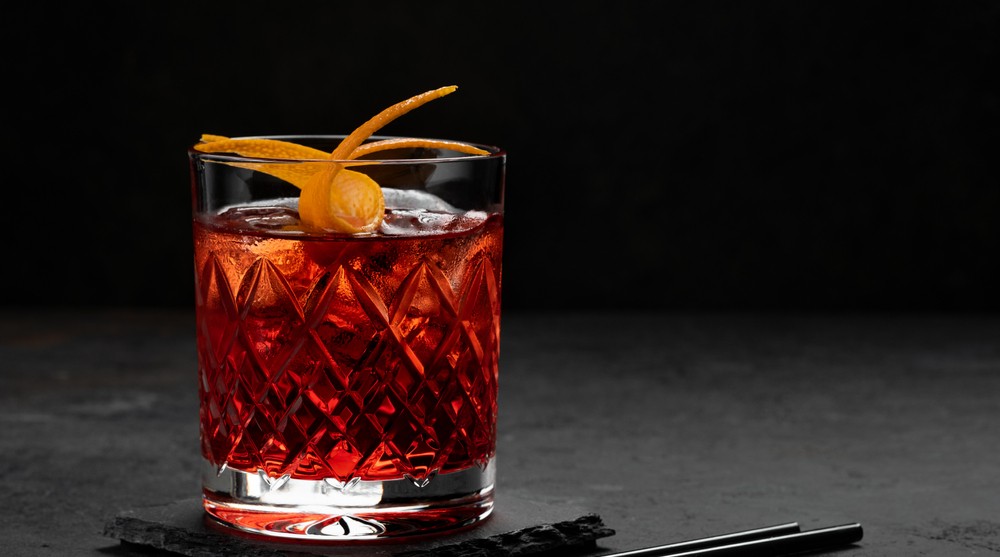 I sometimes wonder if people pretend to like Negronis.

It makes sense: the components are just complex enough for the drink to have certain prestige without really pushing the envelope. You can imagine countless scenes, set in a middling Manhattan bar, where a young financial writer tries to impress a New York Times intern by ordering one.

And as he brings the cough-syrup-looking concoction to his lips, he’ll power through the taste and say something like, “You know, Bushwick is actually getting a lot better.”

He’ll go home alone that night, but it won’t stop him from doing the same thing next week.

It makes a strange sort of sense that one of the first written mentions of the Negroni in English came from Orson Welles, who wrote to an Ohio newspaper about the beverage while working on the film Black Magic.

“The bitters are excellent for your liver, the gin is bad for you,” he said. “They balance each other.”

The Negroni came to be in the same way that most popular cocktails do: by accident. The widely accepted version of the story starts in 1919, when Count Camillo Negroni ordered an Americano in a hotel bar in Florence. The beverage traditionally called for Campari, sweet vermouth, and soda water. Count Negroni felt a little randy that day, asking the bartender, Fosco Scarselli, to replace the soda water with gin and give his Americano a kick. Scarselli went so far as to switch the traditional lemon peel garnish for an orange peel, signifying to himself and Count Negroni that this was indeed not an Americano. For my money, the orange peel was the most important decision he made that day.

I was lucky enough to experience my first Negroni, apropos of its reputation, in the comfort of my own home. I had just started taking cocktails somewhat seriously and used every paycheck to try and perfect a new drink. I started with the basics, mixing old-fashioneds, gin and tonics, and daiquiris. A friend of mine mentioned the Negroni offhand, and I bought the necessary ingredients on a lark. I decided that I didn’t need to go out of my way and buy an orange. Besides, orange peel was just a garnish.

My first two attempts were terrible. The drink was just too bitter, too alien, too syrupy. I kept asking myself if I was supposed to like it right away or if it was something that I would have to drink for a couple of months until I developed a taste for it and could discuss its merits with polite company. Instead I put the ingredients away and tried to forget about the strange-tasting ruby potion.

But it kept gnawing at my subconscious. Something was wrong. I missed the point. I went to the grocery store and bought an orange, threw together another Negroni, and squeezed the peel over it.

By squeezing an orange peel, with the orange side facing the drink, you release the citrus oils. The bit of added flavor that makes a world of difference. With that little bit of extra effort, the once overly bitter beverage becomes much milder and homogenous.

Last week I ate dinner with my good friend Nic Rowan, fellow American Spectator writer and booze aficionado, and someone else in attendance decided to make Negronis. We mixed up a big batch and poured everyone a glass, but before anyone began drinking I grabbed a nearby orange and began my well-practiced ritual of squeezing the garnish over the drinks. Everyone seemed surprised by the move, and then they took a sip.

“Wow,” Nic remarked. “This is great. I’ve never had a Negroni with the garnish.”

And yet he had continued to drink them for years.

Pour liquid ingredients into a large vessel with ice, stir until cold, and pour (strained) into an old-fashioned glass with ice.

Peel a strip of orange peel, taking care to keep it as “orange” as possible. The white residue between the peel and the orange itself introduces unwanted bitterness. Squeeze the peel over the drink, with the orange side towards the beverage, and drop it into the drink.