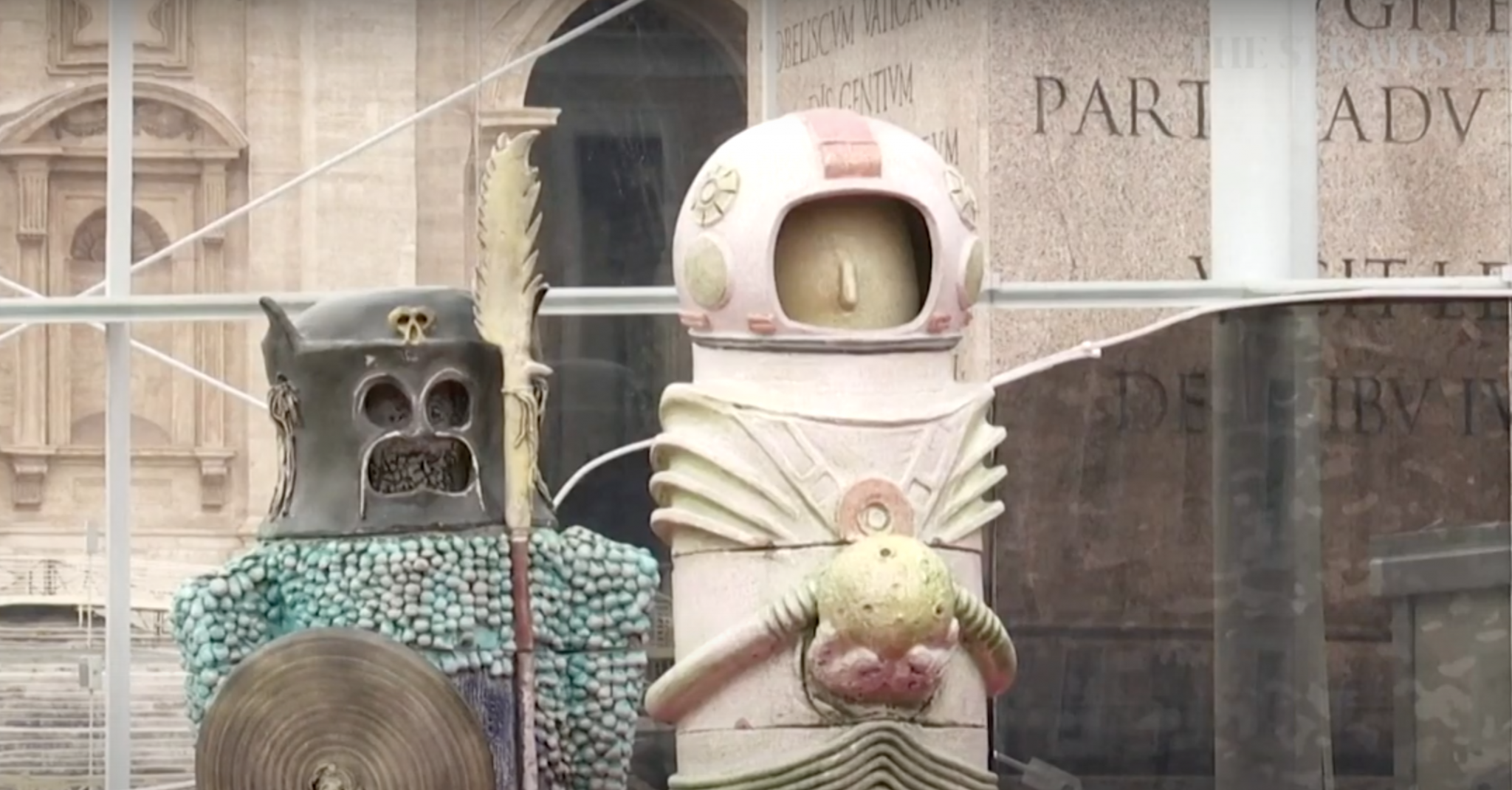 It is Christmastime. The citizenry goes out to churches and, if they are lucky, some public places, to be inspired by Nativity scenes. I spent Saturday in the countryside of northern Virginia and saw not only Nativity scenes in front of churches and public places, but in front of private homes — many, many private homes. There were almost as many Nativity scenes visible in front of private homes in towns such as Strasburg and Winchester as Trump signs, Trump flags, Trump testimonials. These northern Virginia families not only have the Christmas spirit down pat, but they also abound with civic spirit. Their civic spirit is for Donald Trump in a landslide.

The Nativity scenes that I saw this weekend were raised to inspire people in a year that was not very inspiring. Statues have been torn down. Demonstrations are rendering our cities dangerous places to visit, and the headlines speak of horrible crimes being committed. The idiotic pols of San Francisco are even renaming public buildings and schools. One of the suspect schools is named for Abraham Lincoln, the president who freed the slaves and fought a bloody war to preserve the Union. Yes, that Abraham Lincoln! What does San Francisco have against the Union and freeing people living in slavery?

The Nativity scene is famous around the world, but at the Vatican it is troubling.

There is nothing troubling about the Nativity scenes in northern Virginia. For that you would have to go to the Vatican, the home of Pope Francis. We Americans take our children to see depictions of the baby Jesus recumbent in a barn, sleeping in a manger because his mother, Mary, and his father, Joseph, found that there was no room for them in the local inn. Shepherds come to the barn to see the child. Three wise men follow a star to bring gifts to Him in the barn. The Nativity scene is famous around the world, but at the Vatican it is troubling. Pope Francis is a modern pope, possibly the first modern pope, and hopefully he will be the last modern pope.

He seems to go along with the modern aesthetic belief that an artistic depiction of things should “make people think.” The best way to make them think is to punch them in the gut, to shake them to the core, to give them a nosebleed. The pope’s Nativity scene placed in Saint Peter’s Square is supposed to be a punch in the gut. Actually, all that it amounts to is an incoherent collection of junk: some guy dressed up like an astronaut, 52 pieces of ceramics scattered about, and as the New York Times tells us, “Two enigmatic, totemic figures stood in the middle of the platform. One held a shield and a decorative spear and had for a head what appeared to be an overturned caldron, carved like an angry Halloween Jack-O-Lantern.” As I said, an incoherent collection of junk, and it did not make me think.

The pope’s collection of junk has been highly controversial. Said Duncan Stroik, a professor at the University of Notre Dame School of Architecture, “A shocking portrayal … Not particularly evocative of the Incarnation, which much of the world celebrates this month.” Or there was the appraisal of Deacon Keith Fournier of the Diocese of Richmond, Virginia who said, “It is truly ugly. How very sad,” adding, “The Catholic Church has such beautiful art. This increasingly ugly world is hungering for beauty. Why would this be chosen?” And frankly I liked the New York Post’s observation: “if it were a Broadway play, it probably would have closed opening night.”

Our first modern pope came to the rescue: “The Christmas tree and the Nativity scene are signs of hope, especially in this difficult time. Let us be sure we do not stop at the sign, but get to the meaning.” That is the problem, Holy Father. There is no meaning to your clutter of junk. Much of the world finds meaning in the babe in a manger who grew up to preach and to give his life for mankind.

The first modern pope has been sounding increasingly like a left-wing politician with his every public utterance. He is hardly the people’s pope, as he likes to think. He is fashion’s pope, and it is just a matter of time before he falls out of fashion and, we pray, a real pope comes in.