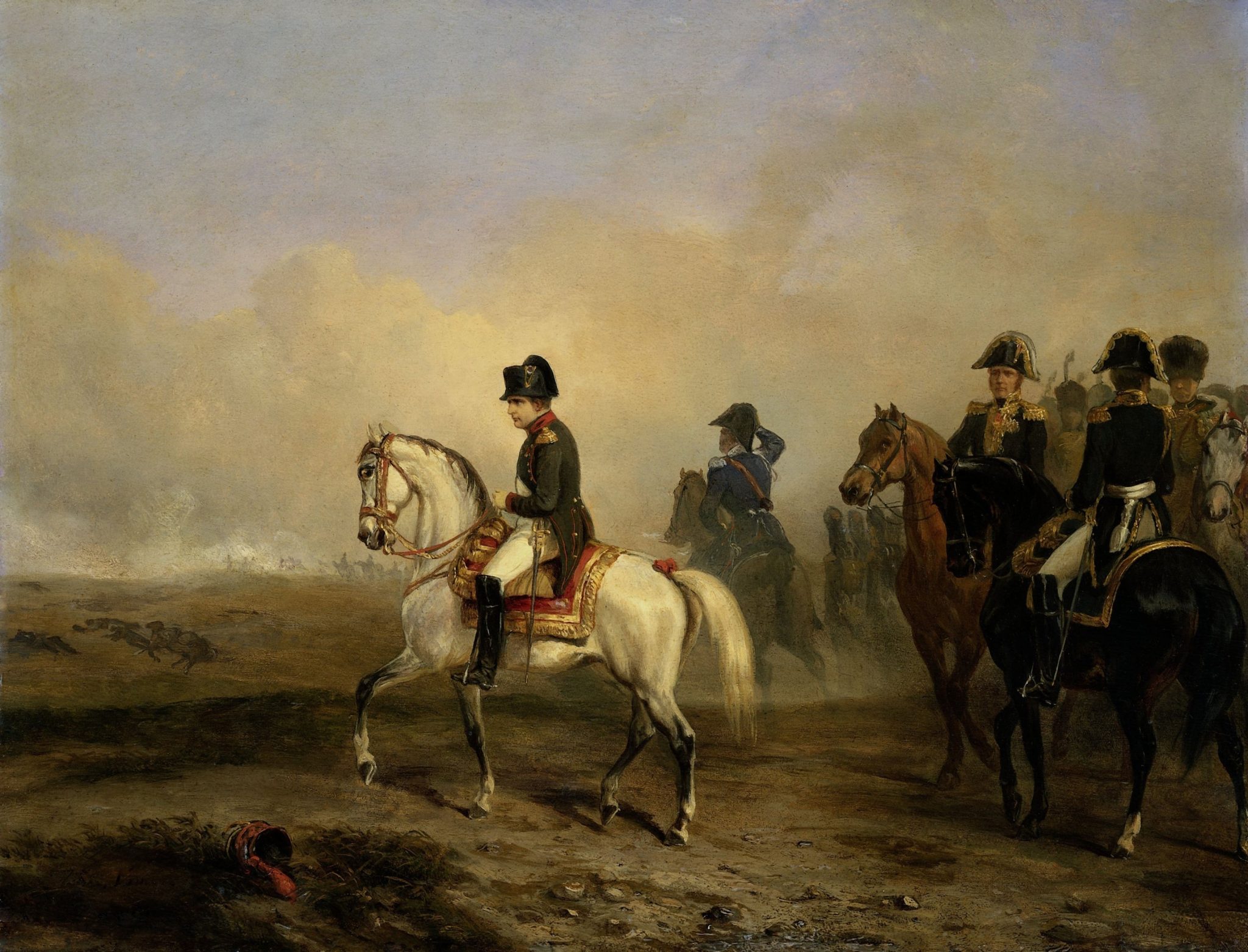 There will be other commemorations of Napoleon Bonaparte down the road, on the occasion of his 250th this or that, but it is worth remembering, as Americans, that it is not necessarily a sign of pathetic nostalgia for a people to spend a week hearing and talking and writing about him, as the French did last week.

Are we not right to question the wisdom of taking down statues that remind us who we are, since we are where we come from (as well as what we eat, how we speak, what sports we play, what books we read, and so on, normal things — not biofantasmagoria)?

It may be true you cannot go home again; still, it can help to know where home was. You can dismiss the information and face the future; but denying it is of little avail, and it may cause psychoneuroses.

Napoleon Bonaparte is part of French history, and the French do not pretend otherwise, though they are of two, or rather of many, minds about the man who, many do not realize, is responsible for many of the institutions and structures of modern France. For sure, historians can argue about how much he innovated and how much he consolidated reforms and changes long underway. The fact is that much of what the French Revolution is commonly assumed to have accomplished and that the Napoleonic Empire is assumed to have institutionalized was well underway when the mobs overran the Bastille and began to mumble that the sovereign’s house (rather better appointed than the Bastille) was next. This includes the relentless centralization of state power in Paris that characterizes France.

But, to Americans, Napoleon is, of course, the man whom Thomas Jefferson rolled in the real estate business. Where would we be without the vast reaches of the Louisiana Territory? We would have no idea, that is where, except for Meriwether Lewis and William Clark.

Bonaparte surely had not read Adam Smith, or he would have grasped that wealth in the form of sugar plantations worked by slave labor was not a good substitute for the opportunity of the vast open spaces waiting for free men and free markets. But he needed cash for his wars and his statist policies and sugar was gold back then, despite the primitive state of dentistry.

Personally I like to think that our own Napoleon, who was also our anti-Napoleon, was Andrew Jackson, and when you mind the world-historical significance of his defeat of the force led by the unfortunate Sir Edward Pakenham, you sense that Providence is not entirely inscrutable.

The gallant British commander who gave all on the field of battle was lamented by the Duke of Wellington, to whom he was related. The eventual victor over Napoleon at Waterloo (which just goes to show that getting cash from the West Indies will not profit you against determined British grenadiers ably led) blamed it on the Royal Navy, late to show up, but that may have been said in grief. The fact is, the backwoodsmen and pirates whom Old Hickory mobilized to supplement his brigades walloped the Redcoats.

I love the “Star-Spangled Banner,” composed during an engagement earlier in the conflict Andrew Jackson and Pakenham ended after it was over (they lacked real-time news in the early 19th century), but maybe a song written years later to commemorate — c’est le mot — the event should be our national anthem, or at least one of those auxiliary anthems, in the way “Jerusalem” or “Rule, Britannia” plays backup to “God Save the Queen.”

The song, of course, is “The Battle of New Orleans,” written by a poet surely no less imbued than Francis Scott Key with the glory and the greatness of our national adventure. That would be Johnny Horton, all-American basketball star, colletch dropout, wildly popular in the days of Buddy Holly and Sam Cooke, who, like him, died way too young by wicked, sickening twists of fate.

“The Battle of New Orleans” is about daring, guts, ingenuity, can-do. The gimmick with the alligator — what brilliant battlefield improv! It caught the otherwise superior, more disciplined, higher-tech Brits by surprise. Observe that this kind of American guts-and-wits likewise characterized the tactics of Andrew Jackson’s friend Sam Houston, a few years later, when the latter fell upon a superior Mexican army at San Jacinto.

Actually, while we are on the subject, the other shadow-anthem should be “The Yellow Rose of Texas,” the subject of which, Texans know, is an octoroon beauty.

The thing about New Orleans was that its economy was run, to a significant degree, by free Creoles of color (as was said then) who left the oppressive conditions of Martinique and Guadeloupe and the other French possessions in the Caribbean, when Bonaparte had brought back slavery, and with it codes limiting citizenship to white people. They boldly and heroically volunteered at the battle, as more than a few of them did in defense of Louisiana against the Yankees decades later; others saw the larger picture and sided with the Union.

New Orleans was a place of freedom, color-wise, until after the Civil War. It was as the Founding (of 1789, not 1619) wanted the whole United States to be, but sadly the evolution of idiocy culminating in the one-drop rule, or whatever the race maniacs called their wicked ways, spoiled the fine and practical experiment in liberty. Then it took years to fix. Well, better know this than not, no?

Surely it is a pity and a shame, but forgetting it or lying about it serves no purpose. So I say remember Bonaparte, wherever his footsteps took him, even into the shoes of Napoleon, and remember the great Andrew Jackson, curmudgeon and Indian-fighter. It was not nice, or right, what he did to the Seminole, Creek, Cherokee, and many others. But he is ours — as they are — and we should say so, with pride and awe, and, perchance, a drop of wisdom.