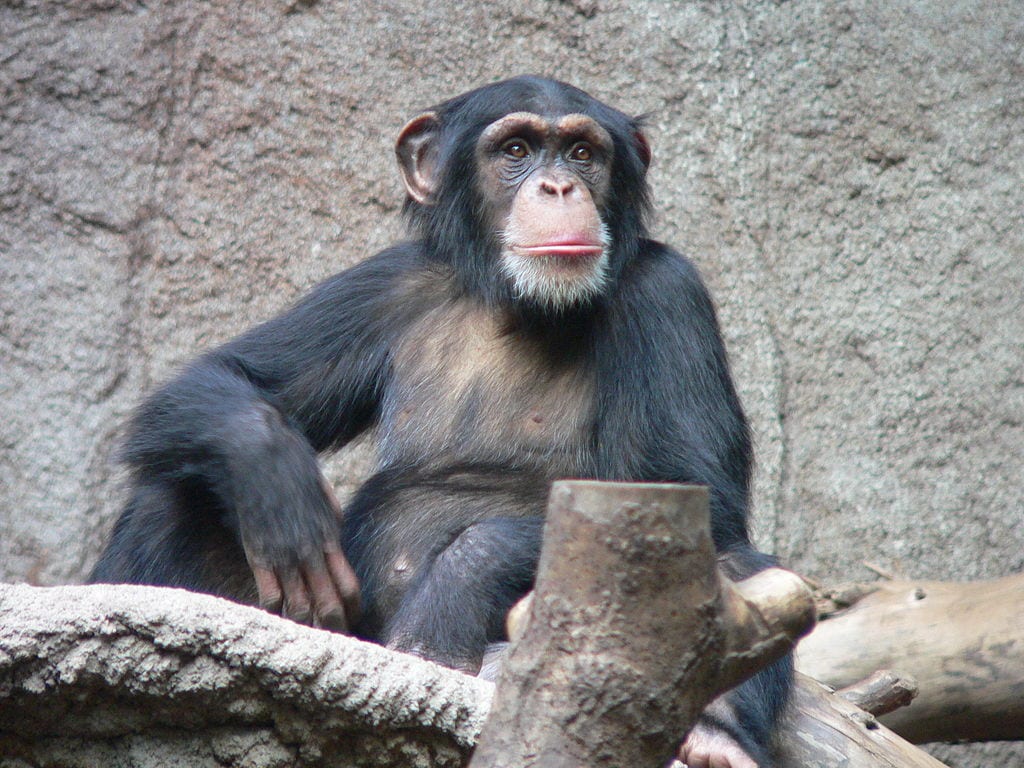 The Great Debate between President Donald J. Trump and the Democratic-controlled House of Representatives came to a rather shabby end just before the book-reviewing sections of our great newspapers reviewed an anthropological marvel, The Goodness Paradox. In this lively book, and in an earlier book, Demonic Males: Apes and the Origins of Human Violence, Richard Wrangham, an anthropologist at Harvard University, examines the extraordinary violence of chimpanzees.

You thought they were cute and playful? Guess again. In fact, one reviewer reviewing Professor Wrangham’s work adjudged chimpanzees even more violent than humans. As he put it, “Humans are not alone in being more peaceful on the whole than chimpanzees.” Yet, I for one would like to know how this learned reviewer accounts for Nancy Pelosi. How does she compare with chimpanzees in the wild?

She hung on for weeks refusing to budge on her rejection of a wall across our southern border. She had mainstream media goading her on, though it did not appear to me that she needed much goading. Her answer to our President was “NO. No, to the wall.” Those who read the reviews this past weekend of The Goodness Paradox and Demonic Males: Apes and the Origins of Human Violence surely were put in mind of Nancy, standing in the doorway of the House of Representatives, her little fists on her hips, shouting “NO. No, to the wall.”

She even threatened to leave town for a Congressional jaunt to Afghanistan taking dozens of her violent teammates with her. The President had the good sense to cancel her trip, but he lacks the Constitutional authority to overrule her on the wall and so he, ever the soul of good sense, ordered the government shutdown over. Good show, Donald. Someone has to be the adult in the room.

Then mainstream media started doing cartwheels for whom? For this bad-tempered woman, who would have been happy to deny 800,000 federal employees still more of their richly deserved pay. Well, it is exasperating. It is a good thing President Trump remained calm throughout and presidential. Had it not been for the President’s legendary prudence we might still be weeks into the longest shutdown in American history and still no sign of a settlement.

Stop and think about it. We have thousands of immigrants flooding our borders. Some are perfectly peaceful, though they have no documents. They should queue up and follow our government’s perfectly sensible immigration procedures. Others are gang members. They are drug users and pushers. They are criminals. And still others are bringing disease with them.

As I watched the evening news broadcasts, the thought occurred: What could possibly be wrong with a wall to keep intruders out? In ancient times the Chinese emperors built a wall that kept the barbarians out and in modern times it has become a worldwide tourist attraction. More recently the Israelis also built a wall to keep the barbarians out, and as time passes who doubts that tourists will be drawn to the Israelis’ wall? It is only a matter of time before the Europeans are going to build walls and reinforce their borders. A nation has to have some control over its borders. No one doubted this in times past. For some reason it has become controversial to people like Speaker Pelosi.

Actually today the pressure on borders is greater than in the past. So we have to build walls. As I sat and watched the talking heads arguing the unarguable I was amazed. Would anyone living in Holland say you did not need dams to hold the seawater back over there? All over the world we rely on dams to hold the sea back — why would one argue against walls to hold illegal immigrants back?

She has been recognized as a woman with anger management problems for years. That is probably why her angry political party voted her to be Speaker of the House. It is not just the wall that suffers from her irate obduracy. I cannot think of one issue on which she is willing to go along with our easygoing president. Now once again Donald Trump has tried to cooperate with her. He is giving her three weeks to cool off. I know that he does not want to do it, but if Speaker Pelosi does not take advantage of his reprieve he ought to go ahead and declare a state of emergency. Build the wall. We cannot have immigrants making a mockery of our borders. Do what the Israelis have done. Build the wall.