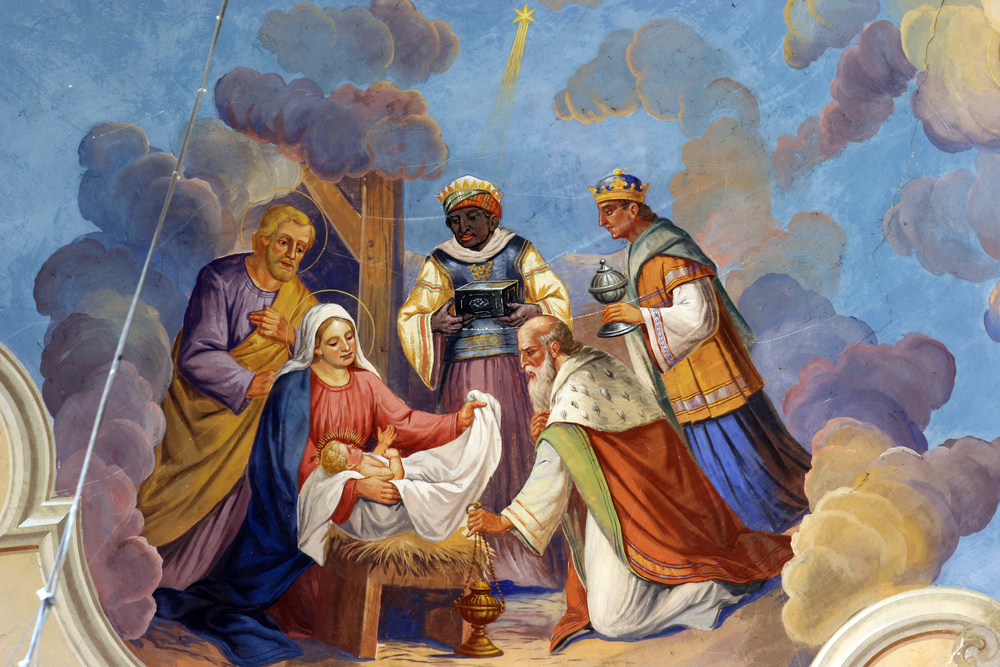 The Magi play a critical role in the Biblical account and the Judeo-Christian cultural interpretation of the Christmas story. Who were these wise men who came to play homage to the infant Jesus? Where did they come from? Were they actually kings? Were there only three of them? And how does history and science explain the Star of Bethlehem, which guided them in their journey? In his book Mystery of the Magi: The Quest to Identify the Three Wise Men, which was released in paperback this year, Dwight Longenecker attempts to separate the history from the legend by revisiting the Gospel of Matthew, the only one of the four canonical gospels that explicitly references the wise men.

Fr. Longenecker, who became a Catholic priest after he was already married with four children, maintains that there are two prevailing schools of thought about the Magi’s historical existence. There are the “believers with blinders,” who take the story of the Magi at face value. Their logic is that if the story of the Magi is a “fairy tale,” then the rest of the Bible is equally the stuff of fantasy. There are also the “scholars and skeptics,” who completely dismiss the story of the Magi as an elaborate fabrication designed to substantiate the early Christian belief that the historical person Jesus of Nazareth was the Messiah as prophesied in the Old Testament Book of Isaiah.

Fr. Longenecker argues that the true story of the Magi is somewhere between historical fact and fantastical legend.

The Magi have long been described as kings, and this image has become a cultural archetype. After all, every holiday season, we see crèches with three kings, children dress up in kingly garb for church pageants, and families enjoy galette de Roi (king’s cake) on Epiphany, the day celebrating the wise men’s celebrated visit to the child. And, of course, there are the songs dedicated to the trio, including John H. Hopkins Jr.’s Christmas classic “We Three Kings of Orient Are” (1857).

Fr. Longenecker argues that the true story of the Magi is somewhere between historical fact and fantastical legend, and he conducts an exegesis of Matthew’s text to make his case. The text reads, “After Jesus was born in Bethlehem in Judea, during the time of King Herod, Magi from the east came to Jerusalem and asked, ‘Where is the one who has been born king of the Jews? We saw his star when it rose and have come to worship him.’ ” It continues, “When they saw the star they were overjoyed. On coming to the house, they saw the child with his mother Mary and they bowed down and worshipped him. Then they opened their treasures and presented him with gifts of gold, frankincense and myrrh.”

Note that Matthew does not refer to the Magi as kings, he does not specify how many Magi were present, and he does not refer to them by the names the Judeo-Christian traditions have attributed to them: Caspar, Balthasar, and Melchior. There is also no mention that the wise men arrived on camels. Finally, Matthew describes the child and Mary as being in a house, not a stable, as the received legend stipulates.

Longenecker maintains that accretions such as the idea that the wise men were kings who came from the Orient (likely Persia) to pay homage to the infant were part of the political efforts of the time to advance the notion that Jesus of Nazareth was indeed the Messiah as described by Isaiah. And the addition of the detail that Jesus was born in a stable was an effort to create a parallel between his supposed modest origins and those of Moses of the Old Testament, whose mother put him in a basket in the river to protect him from the pharaoh of Egypt, who had ordered that every Hebrew male child be put to death. Longenecker also speculates that the eastern land from which the wise men journeyed was not Persia but the Nabatean kingdom of Arabia, which is now southern Jordan.

Longenecker also addresses the Star of Bethlehem, once again finding a middle ground between fact and faith to explain this mysterious occurrence. The author cites existing research that the star was actually a planet, highlights the significant role of astrology at the time of Jesus’ birth, and argues that the language of the Bible does not differentiate between stars and planets. To that end, he advances the theories of archeoastronomer Mark Kidger and Cambridge scientist Colin Humphreys, who believe that the famous star was the result of a confluence of three important and unusual astronomical events, including a triple conjunction of Saturn and Jupiter in the constellation Pisces in 7 B.C.; a massing of Mars, Saturn, and Jupiter in Pisces in 6 B.C.; and a comet that appeared in Capricornus in 5 B.C., which collectively heralded the coming of a culturally significant event.

Mystery of the Magi presents a cogent explanation of the Christmas story, stripping away the cultural accretions by revisiting Matthew’s text. Longenecker is to be commended for recasting these mysteries in a light that not only shows the influence of the political issues of the day, Old Testament recapitulation, astrology, and astronomy, but does not completely discount the possibility of the supernatural.