As many longtime readers of AmSpec know, this magazine originated in Indiana where it raised hell from the Heartland for twenty years before moving on to Washington and raising even more hell — ask Bill and Hillary. Thus today and at this convention our critics will forgive us if we pause to take pride in our friends Bobby Knight and Mike Pence.

Bob endorsed Donald Trump last night in a clip played to the raucous audience. He was looking good. When I lived in Indiana we would visit, talk politics, sports, and abominate various of our personal bugaboos. I recall one night his sauntering into my living room, catching me off guard, and plopping down on my couch. He held forth on military history until 2:00 AM. It was a learned lecture. Bob has long had a genuine interest in military history and he quietly endowed a chair at the university to study history. It was a selfless act of philanthropy that puts me in mind of the many quiet acts of kindness committed by his candidate, Donald Trump. The vindictive and imbecilic president of Indiana University sent Bob packing eventually, but he had the last laugh. He is honored throughout the Hoosier state and the president is dead and forgotten.

Now there is Pence. He has been a leading light in conservatism for years first in the House of Representatives, now in the Governor’s Mansion, soon to be in the White House at President Trump’s side. He chaired the House Republican Conference from 2009 until 2011 — during the grim early days of the Obama Terror. Last night Kellyanne Conway reminded me that during those dark days The American Spectator repeatedly invited Mike to address our supper club, The Saturday Evening Club. He was always very thoughtful and easily amused, something unheard of in Washington.

I bumped into him last night in the hallway behind Donald Trump’s Skyboxes. Naturally I congratulated him. We exchanged pleasantries and I told him my assessment of the convention: it had been a masterpiece — far better than the sourpusses in the media thought. He agreed and we promised to stay in touch. Come 2017 he will be the second vice president to attend The Saturday Evening Club. The first was George H. W. Bush, but he was not a Hoosier.

More from the Convention: 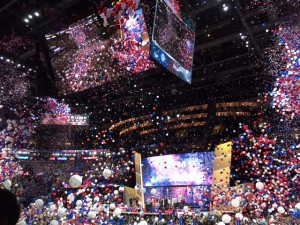 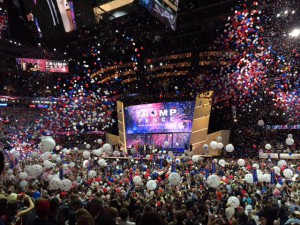 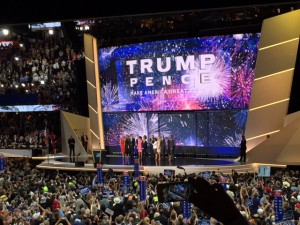 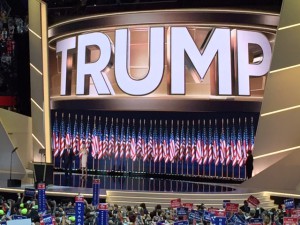 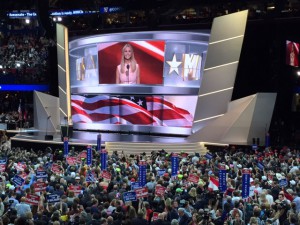