“So how many times have you hiked Red Rocks, Jerry?” I asked. He laughed, exhaling a puff of smoke from a near ever-present cigarette, the only vice which seemed to remain in his life (other than his choices in women), and said, still chuckling, in his unique and recognizable low baritone, “Ummm… never?”

“Well,” I said, “we’re going to change that. Let’s go tomorrow.” Much to my surprise, he agreed.

I was visiting Jerry Doyle at his home near Las Vegas. We’d become friends through my being a repeat guest on his radio show and talking on the phone at other times about radio, business, financial markets, and his often ridiculous love life. So for a little bit of rest and relaxation I took Jerry up on his offer to stay in his guest room at his home near Summerlin, not far from the Red Rocks Casino and the spectacular natural rock formations it is named for. Jerry was a serious nicotine addict and even after being in such a beautiful and nearly pristine spot, the cigs came right out when we got into the car. Whaddya gonna do? Jerry is best known for having played Michael Garibaldi on the television show Babylon 5. I don’t think I ever told him that I never saw the show. But when we went to the sports book at Red Rocks Casino to watch (and bet on) a Broncos playoff game, a young woman came over to him to say she loved him on TV and to ask to take a picture with him. It happens a lot with Jerry, and he always obliges with a smile and a kind word.

Maybe he and I get along so well because I’m not star-struck in the way that so many sci-fi fans are around him. I love his libertarianism, his sarcasm, and the fact that we have not just radio in common but also a background in finance. Before his career in television and advertising, he worked for Drexel, Burnham on Wall Street, so we really talk the same language.

And boy could Jerry tell a story. Whether about trading — especially how much he hated that world — or about acting or about dating and marriage — tales you really wouldn’t believe if they were coming from anyone else — Jerry’s the best story-teller I’ve ever known. I could — and did — listen to him for hours.

Jerry was more than a little bit affected by OCD. If you looked around his home, you’d see all the little white screws holding the plastic frames around electrical outlets and switches oriented so that the slot in the screw was vertical. Jerry once told me the story of how he mentioned this fact to someone at a party and, perhaps just to mess with him, the guy asked Jerry, “What about the outlet behind your refrigerator?” Jerry went home, pulled out the fridge, aligned the screw, and could breathe easy again.

Jerry had had his own demons, struggles with alcohol and really I don’t know what else, that you might expect from someone who made good money on Wall Street as a young man and then found fame and fortune in Hollywood. But when I hung out with him, he never drank nor ingested any other mind-altering substance. Perhaps like most “stars” Jerry is so much more complex in real life than on a screen.

Jerry just sold his house. He’s in the process of moving to a gated community that doesn’t allow kids, to simplify his life, and focus intensely on building up his EpicTimes.com website, initially an adjunct to his radio show but something which he hoped to build into an interesting and valuable business. He loves to talk about its potential, about how to raise the money to fund its growth, about how he’s going to make something he can be truly proud of.

I’m probably Jerry’s most frequent guest on his radio show. Really, talking with him is always so much fun. We often get off on some tangent and just go with it for a whole segment. And then he’ll ask me to stay another segment to talk about what we planned to discuss… and I always say yes. I don’t talk about Jerry very much on my own show because we work for different broadcast networks — which is why I am particularly privileged to have been able to fill in for Jerry quite a few times when he wasn’t behind the microphone. And yet even though our companies are nominally competitors, Jerry — the gentleman that he is — always mentions my show when I join him on the air. Usually twice.

Even though I got to know Jerry through radio, mostly because he enjoyed my writing for these very American Spectator pages, we developed a friendship that went well beyond radio. I don’t have lots of friends; it’s about quality not quantity. Jerry is the same way. I hope, and I think, he enjoyed and valued my friendship nearly as much as I value his.

Jerry Doyle, a real mensch, was found unresponsive in his home on Wednesday. He was 60 years old. Goodbye, my friend. My life has been better for knowing you. 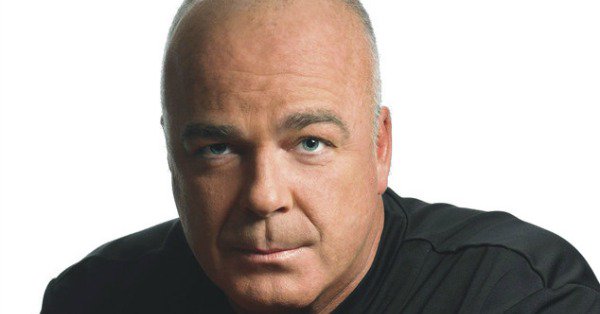