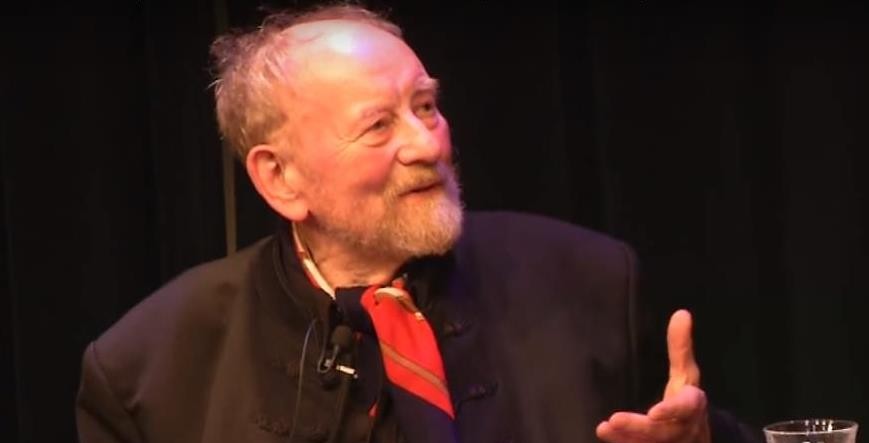 A picture is worth a thousand words, and in special instances even more. Sometimes a picture can change a life or result in its loss.

Kurt Westergaard died on Sunday at age 86. He had been a cartoonist for the Danish newspaper Jyllands-Posten for over 20 years when he was asked to contribute a drawing of Muhammed to a special feature.

A writer named Kåre Bluitgen had experienced difficulty finding an illustrator willing to draw pictures for his children’s book about Muhammed, and Jyllands-Posten editor Flemming Rose — concerned that writers and other artists were, out of fear of Muslim reprisal, increasingly engaging in self-censorship in regard to Islam — invited Westergaard and several others to draw Muhammed.

On September 30, 2005, the newspaper published 12 cartoons. Westergaard’s drawing — of a man in a turban that was also a bomb with a lit fuse — was by far the most arresting.

In response to the cartoons, which they perceived as an insult to their faith, 11 ambassadors from Muslim countries demanded a meeting with Denmark’s then-Prime Minister Anders Fogh Rasmussen. To his credit, he rebuffed them with a brief explanation of Danish freedom of expression.

But that wasn’t the end of it. After a group of mischievous imams from Denmark traveled abroad to stir up anger, a series of massive — and often violent — protests against the Muhammed cartoons took place in January and February of 2006 throughout the Muslim world, as well as in the U.S., Canada, Australia, New Zealand, India, and most of Europe.

Western embassies were attacked, and several Muslim countries boycotted Danish products. At least 200 people died in the anti-Danish violence. At some point, a Pakistani mullah offered a bounty of five million Danish kroner for Westergaard’s head.

Westergaard conducted himself throughout with aplomb. His bravery, alas, was not matched everywhere in the West. The mainstream media in the U.S. reported on the cartoon crisis, but few were willing  to show the pictures that had caused all the fuss. In Norway, the publisher of a small Christian magazine that had reprinted the cartoons was forced by people at the highest level of government to fall to his knees and grovel for forgiveness before the largest gathering of imams in the history of that nation.

For the general public, the hubbub over the cartoons eventually died down. But for Westergaard the threat remained. In 2008, three Muslims were arrested for planning to kill him. On New Year’s Day 2010, a young, axe-wielding Somali man broke into his house. Fortunately, Westergaard managed to escape with his 5-year-old granddaughter into a panic room that had been installed after the 2008 arrest.

Following the New Year’s Day incident, Westergaard — like so many others who have offended the religion of peace — lived with round-the-clock security. He needed it. In 2013, the Yemeni branch of al-Qaida included him on a hit list. In 2012, the French satirical magazine Charlie Hebdo reprinted all of the Danish cartoons; three years later, at least partly in response to this action, Islamic terrorists murdered 12 people (and wounded 11 others) at its Paris offices.

Westergaard never expected his cartoon to change his life so dramatically. But he accepted the consequences with remarkable equanimity and courage. Unlike other people in far less dire circumstances, he never apologized. On the contrary, even after he retired from Jyllands-Posten 10 years ago, he continued to speak out against censorship and self-censorship. Reporting the news of his death, a rival Danish paper, Berlingske Tidende, described him as “the embodiment of  freedom of expression in Denmark.”

Kurt Westergaard’s story reminds us that in times of civilizational crisis, one unforgettable drawing can accomplish more than all the words we can struggle to put together. His simple but powerful sketch of the man in the turban will continue to be an iconic image symbolizing the defiance of free Western spirits in the face of the Islamic demand for submission.