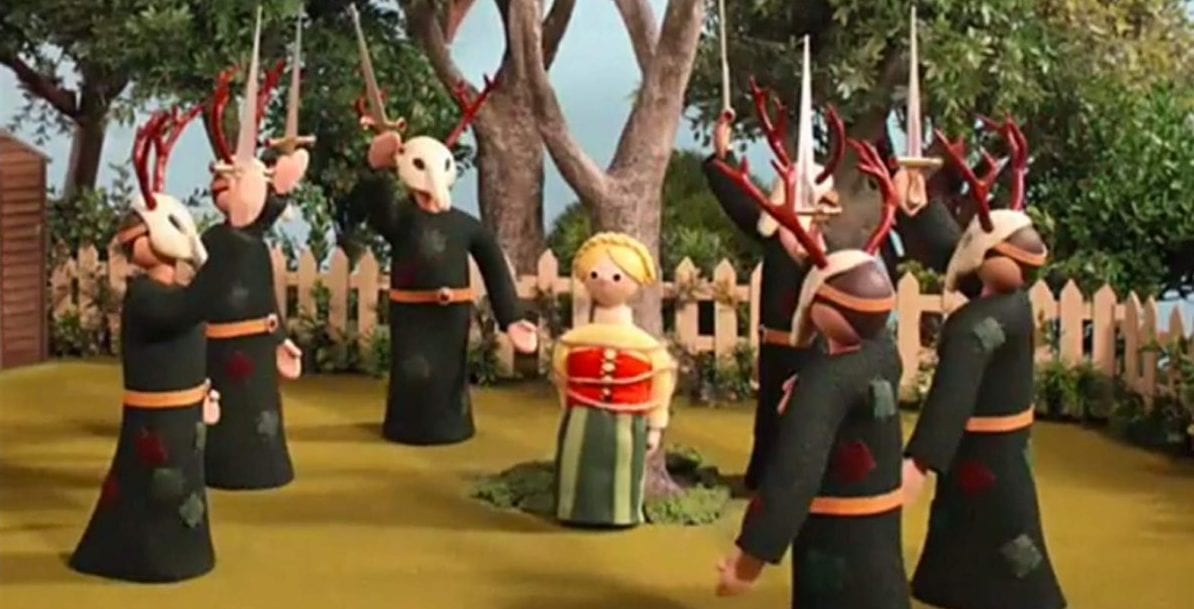 Andrew McCarthy is right. Again. He’s been right throughout the Mueller investigative process. He’s right now. (I suggest that he play the audio version of these sentences now available on all The American Spectator articles — see the sidebar.) Specifically, in this case, Andrew is right to ask the question, “How long has Mueller known there is no collusion?” That is the question.

Imagine being accused of treason and the exonerating information has been known for two years, maybe more, and has been sat on by the District Attorney investigating so that he could investigate and harass friends to 1) mollify the slobbering mobs to show that at least there are some heads on pikes and 2) to settle some scores for the cops and other dirty AG’s and 3) to take the spotlight off of the evil done to bring the spurious charges.

It’s my view that Mueller sat on the exoneration for all three reasons.

Why do I believe this? Because the evidence against Trump and his team was such insanely thin gruel that it was obviously made up nonsense. The thing that did it? The pee tape. It was so salaciously over-the-top that all common-sense radars went on alert. It undermined the whole stupid thing. Analogously, during the Kavanaugh hearings when Justice Kavanaugh was accused of running a rape ring. Come on. A rape ring? This guy? No. Too far. And then every other nonsensical detail that strained credulity, shattered. The Steele Dossier seemed meant for the National Enquirer, not serious people. Robert Mueller is serious people.

Robert Mueller is also not stupid. He’s meticulous, methodical, and can spend years searching for needles and creating them, if necessary. This is the guy who jailed Martha Stewart, as an example (something this writer is still bitter about). For a rundown of past “foibles” read this from Newsweek. Observers are supposed to believe that a smart guy like Robert Mueller couldn’t see through the gaping holes that were obvious from the beginning? Mr. Mueller has been in law enforcement his whole career. He saw the holes. It didn’t matter.

What mattered? Protecting the FBI and DOJ, for a start. It makes sense that his first recommendations for firing were the guys involved who were egregiously biased like Andrew McCabe. Get rid of the baddies. But here’s the thing: If the guy putting together phony FISC reports was wrong, how was the whole investigation not wrong?  Why did it take two more years? That leads to the third reason: slobbering mobs.

The Democrats’ entitlement to a Hillary win fuels them to this writing. Hillary herself was shocked and awed at her loss. Less this:

The Democrats, after two years, are still in the Rage Stage of Kubler-Ross’s stages of grief. It’s like anger, but more violent. They cannot let it go. Robert Mueller knows this. A bone can’t be thrown to these people. There has to be some meat. Thus, it took two years to investigate, scare, and bankrupt guys like Mike Flynn, Carter Page and Roger Stone. Parade an old guy in front of armed goons for CNN’s sake and demonstrate that this investigation Means Business. Rough stuff. But it was all theater. It was theater that affected the lives of real people and harmed them and their families in tangible ways.

In the course of this specious investigation, crimes were found. Manafort, but not his Democrat partner, was put in solitary confinement. Turns out he’s not a good guy. Or a smart guy (something that was established before this investigation). Or a guy connected to WikiLeaks. Or a guy connected to Russian collusion. CNN, MSNBC, and the Never Trump conspiracy theorists luxuriated in the thought of the man sitting there. Heads on pikes, that’s what they wanted and that’s what Mueller gave them.

But is this right? Is it okay to abuse power to humiliate tangential targets to satiate the bloodlust of offended losers? This is politics, and it’s obvious these sorts of things happen all the time, but is it right?

Think about that for a moment. President Trump fired FBI Director Comey on May 9, 2017. Eight days later, on May 17, Mueller was named special counsel. This appointment effectively wrested control of the Trump-Russia counterintelligence investigation from acting FBI director Andrew McCabe, transferring it to the special counsel.

By August 2017, Mueller had removed the lead investigator, Agent Peter Strzok over the rabidly anti-Trump texts he’d exchanged with Lisa Page, a top FBI lawyer who served as McCabe’s counsel. Page herself had resigned in May. Meanwhile, the FBI reassigned its top counsel, James Baker (who later resigned); and the bureau’s inspection division referred McCabe to the Justice Department’s inspector general for leaking investigative information and then lying about it (and McCabe was later fired and referred to the Justice Department for possible prosecution).

This means that by autumn 2017 when it would have been time to go back to the court and reaffirm the dossier’s allegations of a Trump-Russia espionage conspiracy, the major FBI officials involved in placing those unverified allegations before the court had been sidelined. Clearly up to speed after four months of running the investigation, Mueller decided not to renew these allegations. [Emphasis added.]

And yet, the Mueller investigation dragged on. It hung a cloud over the Trump administration. It hamstrung President Trump’s ability to enact legislation that the weaselly GOP didn’t really want to pass (Obamacare repeal, anyone?) Look at the screeching by Kevin McCarthy about the Trump administration seeking to defenestrate Obamacare. Mueller helped President Trump’s political enemies (nearly everyone in Washington, D.C.) thwart the will of Trump voters.

Did the Mueller investigation influence the midterm elections? How could it not? Of course, this nonsense affected the election. It motivated the Left to come out and vote. They were incensed. They were ready for war and they believed that Robert Mueller was their Joan of Arc leading the charge. Hollywood and the rest of the entertainment world lionized the Special Counsel with embarrassing videos like this one from Colbert:

And this one from Saturday Night Live:

All they want for Christmas is you, Mueller 🎵 #SNL pic.twitter.com/bYtpwM0moN

But as Andy notes, Robert Mueller knew this was all bologna back in the fall of 2017. He said nothing. He let this travesty roll on.

Meanwhile, President Trump had to do presidential things like, yes, meet with the President of Russia. How did this insanity color the interaction? How much have these lies undermined President Trump’s position of strength because no matter what happened, a meeting looked suspect.

The foes of the Trump presidency sought to rob him of any legitimacy, to undermine policy goals even when they aligned with conservative dogma because it would strengthen Trump’s hand. These folks thought that the Mueller investigation was a slam-dunk and it was.

The Mueller investigation did everything that the Steele document was meant to achieve if Hillary wasn’t elected: It drained any momentum to achieve the policy goals of the 62 million people who voted for Donald Trump. It gave, or helped to give, the House to the Democrats. It cast a pall over the entire Trump presidency.

And Robert Mueller did this. He served the will of the establishment in D.C. He helped undermine the 2016 election. It should make every Trump voter furious.

Hillary Clinton and Barack Obama’s malignant efforts to end the Trump presidency before it began and the actions by stupid, spineless Republicans to aid them caused irreparable harm to the American republic. It caused distrust in our institutions. It infected half of America with a conspiracy theory they can’t shake.

Now, the same conspiracy peddlers are harping about obstruction. They’re making false equivalence with the Seth Rich conspiracy that inhabited a small corner of the internet and populace. Also the Whataboutists are talking about Trump goofing around with Obama’s birth certificate stuff, which always seemed like pure troll. Please. None of these things approached the magnitude of the Russia hoax. None of these other things had busybodies at the DOJ and State Department scurrying. None of these things prompted false FISA warrants. None of these things undermined the will of American voters.

What a fetid swamp. Robert Mueller is a swamp creature. These conspiracy peddlers are bottom feeders in the swamp. No wonder the President howled about a witch hunt. It was.