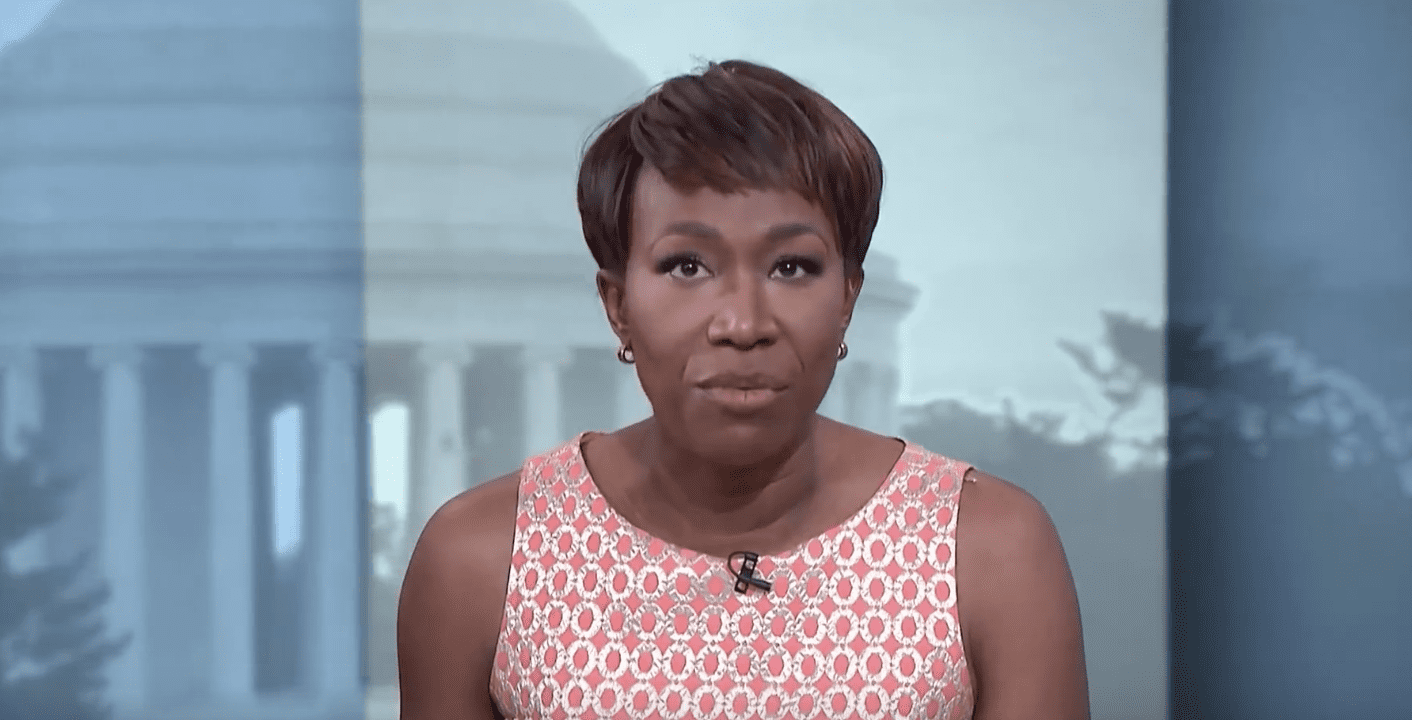 On Sunday morning, as millions of Americans from the heartland were preparing to watch Super Bowl LIV, MSNBC’s Joy Reid said the word “heartland” is “like a dog whistle for white voters.”

Reid’s latest cry of racism occurred as she was interviewing former South Bend Mayor Pete Buttigieg, a contender for the Democratic Party’s 2020 presidential nomination, on her cable program AM Joy. During her on-air interrogation of Buttigieg — the former mayor of a city in the heartland — Reid took issue with a Buttigieg tweet that read, “In the face of unprecedented challenges, we need a president whose vision was shaped by the American Heartland rather than the ineffective Washington politics we’ve come to know and expect.”

“I got a lot of texts on that tweet, not positive,” Reid said. “Heartland, that sounds like a lot of people like a dog whistle for white voters.”

Reid then asked Buttigieg, “When you say ‘heartland,’ who do you mean?”

Buttigieg, somewhat flummoxed by the line of questioning, responded, “I’m talking about a diverse heartland like where I grew up. I’m from a city in the middle of the Midwest that is about 45 percent non-white and reflects America in so many ways. Part of what I’m trying to do is make sure that we recover some of these ideas.”

Reid, born and raised in the absolutely un-heartland borough of Brooklyn, New York, apparently believes anyone who resides in so-called flyover country is a white, MAGA hat-wearing bigot. Is it possible to be more out of touch than Joy Reid? Her ignorance, hypocrisy, and virtue signaling speak volumes.

According to the Merriam-Webster Dictionary, the term “heartland” means “the central geographical region of the U.S. in which mainstream or traditional values predominate.” Is Reid suggesting that the mainstream or traditional values prevalent throughout the American heartland are steeped in racism? Is Reid actually insinuating that the tens of millions of Americans who live in the heartland are all white and all harbor racist attitudes? Both of these beliefs are absurd.

Worse, while she was admonishing Buttigieg for his tweets, Reid was conveniently ignoring her tortured history with homophobic statements on social media. Reid attacked Buttigieg — an openly gay man — for an inoffensive tweet about a geographic area of the nation, while completely disregarding her nasty statements against the LGBTQ+ community.

Not too long ago, late 2017 to be exact, Reid issued a half-hearted apology after several homophobic posts were exposed on her blog, The Reid Report. After her initial pseudo-apology, another boatload of blog posts were uncovered. Reid then claimed her account had been hacked — and then said she simply did not remember making the despicable blog posts. In other words, Joy Reid has absolutely zero moral authority when it comes to pointing fingers at people she claims have made bigoted tweets.

Beyond her hypocritical attacks on Buttigieg’s social media statements, Reid’s dismissal of the American heartland is just more evidence of her disdain for hardworking Americans who hold traditional values. Reid, and so many others in the mainstream media, routinely thumb their noses at so-called flyover country. But the heartland is the backbone of America. The heartland, which Reid holds such contempt for, is in reality the melting pot that has always been and always will be critical to America’s greatness.

Don’t get me wrong; America’s coasts are great places. But they do not hold a monopoly on American morality and values. One could make a valid argument that it is the American heartland that embodies the American creed. Although coastal elites such as Joy Reid may vehemently disagree with heartland values (as she interprets them), she should respect those values and not misrepresent them as “racist.”

Leftists like Joy Reid constantly preach tolerance and diversity. Yet they have shown time and time again that they are some of the most intolerant and diversity-adverse people in all the land — even the heartland.

Chris Talgo (ctalgo@heartland.org) is an editor at The Heartland Institute.